The United States, which called the Coronavirus the Chinese virus, was the most affected by the disease in the United States, and on the morning of March 27, the number of patients increased to more than 85,000.

The Corona virus began in December 2019 in Wuhan, the Chinese province of Hubei, and a total of 81,782 people were infected with the disease, while the death toll was less than 3200.

The outbreak of the Corona virus in China decreased dramatically in March this month, and no case was reported from Wuhan until the middle of this month, after which Lockdown from Wuhan began to end.

And now the United States has the most cases of the virus, which is believed to be higher than other countries, including China, as the number of deaths is increasing rapidly. 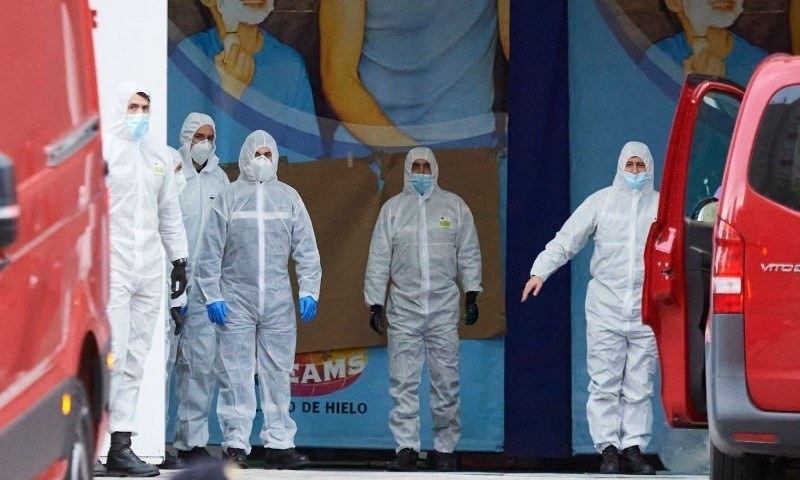 By the evening of March 26, coronavirus patients worldwide were in Italy after China, but now Italy is lagging behind.

Coronavirus patients are rapidly increasing in the United States, and after Italy, Spain, Germany, France, and the UK are also seeing new cases.

Actor Mohsin Abbas has been summoned again by the court.

Related Posts
In the US Senate the start of Donald Trump's motion to proceed
Corona Virus, Head of Facebook Big Offer to Global Health Organization
The world's youngest Microsoft certified Arfa Karim passed away 8 years ago
Australia rejects China's threat of "economic repression" over corona virus probe
Why PCB suspend Umar Akmal
Bollywood director Anurag Kashyap also protests against Modi government
Two people, including an imam, were killed in an explosion at a mosque in Kabul Green Zone
The NAB amendment ordinance does not apply to pending cases, prosecutors