KARACHI: Moody's says Pakistan's long-term 'B3' ratings will be reviewed for downgrades as it expects the recently announced move to seek relief from G20 group lenders in bilateral loan services. This will result in losses to private sector lenders.

Moody's says the suspension of lending services obligations for lenders is unlikely to have an impact on ratings, but the G20 group has urged private sector lenders to participate on certain conditions.

The agency will look into whether Pakistan's involvement in the move is likely to depend on private sector debt, while the country has not shown interest in extending the benefit of the loan service relief application to the private sector.

The agency said in a press release that any damage from the partnership would be expected at a lower rating.

According to Moody's, the rapid spread of the corona virus is likely to cause severe economic and financial damage due to the rapid deterioration of the global economic outlook and a significant reduction in risk aversion.

The agency said the current concerns for Pakistan were mainly about the rapid slowdown in economic activity, slowing economic activity as well as declining tax revenues and the government's financial needs related to the corona virus.

Moody's expects Pakistan's economy to shrink by about one percent this fiscal year and grow by two to three percent in fiscal year 2021. The economic slowdown will put pressure on government revenues.
And it will slightly increase spending, which will increase the fiscal deficit to 10% of GDP.

As a result, Moody's predicts that government debt could reach 85-90% of GDP by June.

However, when economic activity returns to normal, the government's commitment to fiscal reform will provide a significant boost to its revenue growth.
Overall, Moody's expects the debt burden to ease after the initial blow. 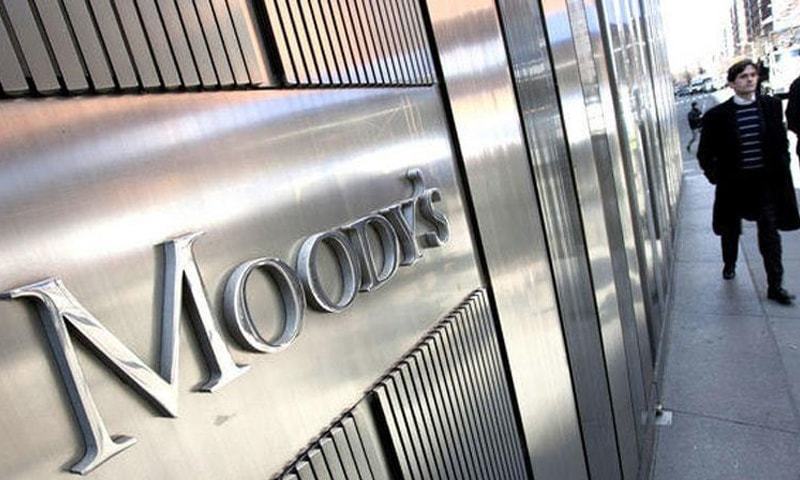 The macroeconomic adjustments of the last 18-24 months have also reduced the risk of external threats.

According to Moody's, the current account deficit will be about 2% or less of GDP during the current and next fiscal year, as a reduction in imports of goods and oil will reduce remittance inflows.
However, the balance of payments is likely to be broadly stable with the financial support of creditors.

During the review, Moody's will look into whether Pakistan's participation in the initiative, based on the voluntary nature of the private sector partnership, will be implemented without the private sector or whether any harm can be expected from private-sector lenders.