The US Federal Bureau of Investigation (FBI) and cybersecurity experts believe that Chinese hackers are trying to steal the research to develop a vaccine for the coronavirus.

A report by the French news agency AFP quoted the Wall Street Journal and the New York Times as saying.
The FBI and the Department of Homeland are planning to issue a warning about Chinese hacking in a race between the government and private companies to develop the vaccine. 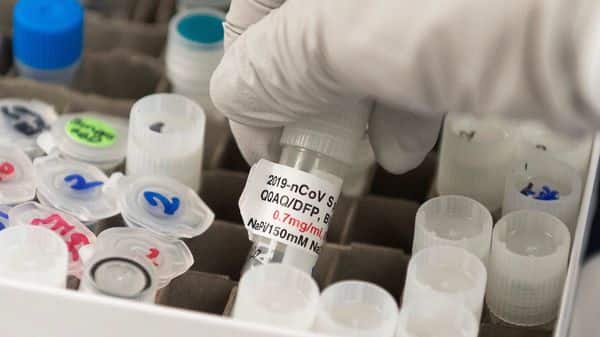 The hackers are also targeting intellectual property and information related to the testing and treatment of COVID 19.

US officials have accused the hackers of having links to the Chinese government and a formal warning could be issued in a few days.

"We are leading the world in research on vaccine treatment and vaccines, so it is immoral to target China with slander in the absence of rumors and evidence," he said.

When asked about this, US President Donald Trump said without confirming, "What is new about China, what is new?" Tell me, I'm not happy with China and we're monitoring it very closely.

The U.S. government has warned that hackers backed by the governments of Iran, North Korea, Russia, and China will increase their alerts and reports of malicious activity.

The New York Times says it could be an outline of formally approved retaliation by the Pentagon's Cyber ​​Command and National Security Agency and US agencies involved in cyber warfare.

In a joint message last week, the United States and Britain warned of an escalation in cyberattacks on health professionals involved in the coronavirus response by organized crime.

The UK's National Cyber ​​Security Center and the US Cyber ​​Security and Infrastructure Security Agency said
They have uncovered a large-scale 'password spray' tactic aimed at health organizations and research institutes.

It is estimated that more than 70 companies and countries around the world are currently developing vaccines to protect against the rapidly spreading coronavirus.
Vaccines developed by two US companies have also been tested on humans.

It is expected that any coronavirus vaccine will be available by the end of September or mid-October, but it is too early to say.

Related Posts
Despite the threat of the spread of the Corona virus, Raiwind Tablighi Ijtema continued
Karachi: Boxer Aamir Khan provided rations to 1500 deserving families
Bollywood's 'Mafia Gang' Will Kill Me, Payal Ghosh
Identify potential cells that will be the first entry points of Code 19
Saba Qamar Hints at Getting Married by the End of This Year
The British Deputy Minister of Health Nadine Dorries is also infected with the Corona virus
Roshan Sindh Program Case: Sharjeel Memon's bail extended till February 11
March of Maulana Fazl-ur-Rehman is Coming to an End