Steven Dick, a 37-year-old British diplomat stationed in the European country of Hungary, is allegedly killed by the Coronavirus.

The young diplomats had been confined to the house for precautionary measures for the past few days, but they also went to the hospital for treatment and in the last days of their life, they also found some symptoms of the coronavirus.

The British newspaper The Guardian confirmed in its report to the British Foreign Ministry that Steven Dick, 37, was killed after the virus showed symptoms but it cannot be said with certainty that the diplomat died from the global outbreak. ۔

The British Foreign Ministry confirmed that the deceased diplomat had no other disease, however, for the past few days, he had seen the symptoms of the Coronavirus and had confined himself to the house.

The report did not say whether or not he had the Coronavirus tested, but did say that he had some symptoms of the global outbreak.

According to The Guardian, the 37-year-old diplomat had just returned from a visit to Mexico, after which his condition was poor and he had to visit the hospital for treatment, including confinement to his home. ۔

The report states that the deceased diplomat had informed his friends about the symptoms of the Coronavirus on WhatsApp, but it was not fully confirmed that his death was due to the Coronavirus.

Steven Dick started his job at the British Foreign Ministry in 2008 at the age of just 25, and also served diplomacy in Afghanistan, including Saudi Arabia. 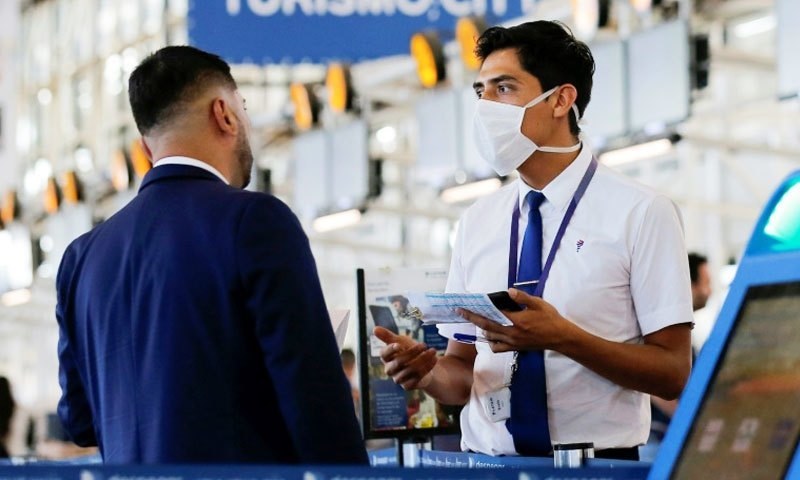 The UK is one of the countries where Corona cases are growing rapidly - Photo: AFP
Steven Dick was serving as Deputy Ambassador to Hungary, and on his death the British Embassy staff in Budapest, including the British Foreign Ministry, also expressed regret.

Britain, Italy, Spain, France, Germany, and Switzerland are the highest cases in the region, with the number of deaths in the UK rising to 456 by the morning of March 26.

Italy and the United States have the highest number of Coronavirus cases, while Spain is third in terms of the number of patients.

In China, the pace of new patients has slowed down since the beginning of March this month, and the number of casualties has also dropped.

cabinet approved 15 out of 16 points

Related Posts
Coronavirus: Swara Bhaskar thanks Pakistanis for expressing solidarity with India
Hajj cancellation due to corona has not been decided: Saudi ambassador
Considering the consequences of not visiting Pakistan
The government decides to appoint Khalid Jawed Khan as Attorney General
Six-storey building collapsed at Karachi
Honda's New Generation Civic Ready to Be Introduced
The US president announced the implementation of the war situations in the country
Pakistan needs 15 votes to get off the grey list