After Saba Qamar announced her intention to marry Azeem Khan, some women had leveled allegations of sexual harassment against the blogger, including a girl named Ajala.

Ajala shared a photo taken with Saba Qamar in Dubai on social media and asked the actress to open her eyes and see his role before marrying Azeem Khan. Ajala had claimed that Azeem Khan had sexually harassed her and now she was being threatened with death and rape. Although Azeem Khan had earlier shared the video statement after Ajala's claims, he had deleted it and now he has opened a new Pandora's box in another video in response to the allegations leveled against him.

Azeem Khan shared a 7-minute video on Instagram and made shocking revelations about the women who accused him and said that they were being punished for telling the truth. Azeem Khan claimed that in fact they were part of private chat groups set up on social media by the accused women and there were inappropriate conversations in the said chat groups.

The blogger said that the women who accused him did not tell the whole story, they only accused him of being harassed, they were being threatened with rape. According to Azeem Khan, the allegations against him started when he started arguing with women in private chat groups and started telling the truth there. Azeem Khan said that by sharing the social media profiles and posts of the boys in the said private chat groups, inappropriate comments were made on them.

He alleged that the woman who accused him was the administrator of a group chat where only those who supported homosexuality and disagreed with Tariq Jameel's posts were added. According to him, millions of people were involved in the said chat’s groups and in one such group, inappropriate things were said about a pregnant woman and her family, on which the said woman lost her pregnancy. He made a startling claim that women in a group used to post very inappropriate posts which are definitely not part of Pakistani culture. 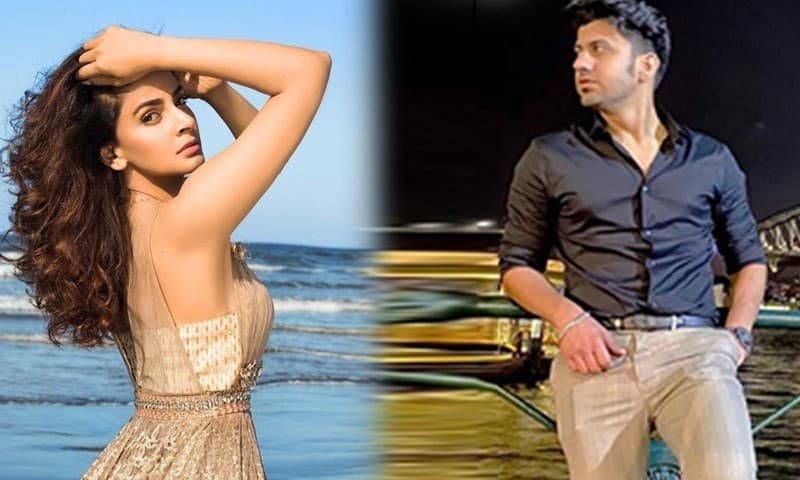 According to Azeem Khan, in a group chat, women used to post that it was their husband's birthday and she wanted to give him a special birthday present and then she would ask other women for inappropriate opinions. In the video, he claimed that he actually disagreed with the posts of the said private chat groups and spoke the truth, which led to him being punished and charged. At the end of the video, Azeem Khan quotes Saba Qamar as saying that he loves her and he will celebrate her and wait for her to celebrate.

Azeem Khan claimed that Saba Qamar did not care about the allegations leveled against him and that he was responsible for whatever happened. Saba Qamar was not to blame. In the caption of the video, Azeem Khan wrote that he was not releasing the video for clarification but was answering questions about the allegations against him. He wrote in a long caption that now he understands how much and what is the punishment for telling the truth?

Related Posts
Donald Trump employee suffers from coronavirus
(They Will Kill Me) Sushant Singh's Call to Her Sister Five Days Before Death
The decision makers are mentally unfit, should be stopped working immediately
Predict and Win With Tecno; Psl 7 Begins in Full Swing
Indian Actress Esha Deol's Instagram Account Was Also Hacked
Prince Faisal bin Farhan says Turkey's intervention must end in Syria
A Palestinian state will be abolished under US formula: Shireen Mazari
Karachi: Refusal to Give Woman a License to Ride a Motorcycle