Bilquis Edhi Trusted Me and Gave Me a Son, Hadiqa Kiani

Singer and actress Hadiqa Kiani have expressed deep sorrow over the death of Bilquis Edhi and admitted that she gave birth to her adopted son Nad Ali. Hadiqa Kiani adopted her son Nad Ali in October 2005. By then, their first divorce had taken place and they had remarried, but their second marriage did not last long. Hadiqa Kiani was less than six months old when she adopted the orphan and is now 17 years old. Hadiqa Kiani has spoken several times in the past about adopting a son, but she has never said in the past that she was given a son by Bilquis Edhi. 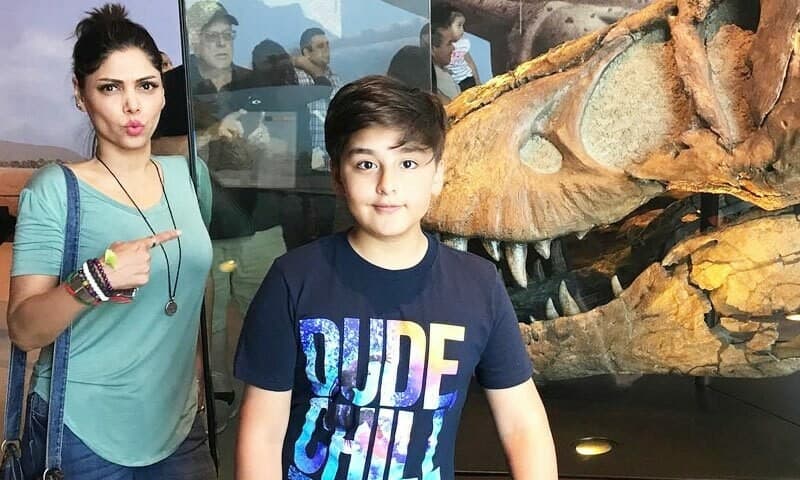 Hadiqa Kiani, while sharing the photos, admitted that she had given birth to a son by Bilqis Edhi and she would be grateful to the social leader for believing in her. He paid homage to Bilqis Edhi and added that there is no other woman like the social leader, she lifted the weight on her back to make the world a better place. He prayed for the forgiveness of Bilquis Edhi, described her as the most unique woman and wrote that she would be grateful to him for the rest of her life. Fans including several showbiz personalities also commented on Hadiqa Kiani's post and also paid tribute to Bilqis Edhi while acknowledging her services. People also praised Hadiqa Kiani for raising the orphan child like a good mother.

It may be recalled that Bilquis Edhi died on April 15 while undergoing treatment for a heart condition. She had been suffering from the disease for the last few years. His death was mourned by the President, Prime Minister of Pakistan, Chief Minister Sindh, Governor Sindh and other important political and social figures while the nation also paid tribute to him. Bilquis Edhi was buried near her mother in the famous Mewa Shah Cemetery on April 16 according to her will.

Related Posts
Send two more names to the federation for IG Sindh
China: Coronavirus confirmed in baby 30 hours after birth
Turkish President donates 7 months salary to help Corona victims
Wimbledon Open canceled for the first time since World War II
8 out of every 10 people in Madrid can become victims of Corona, The mayor Isabel Diaz Ayuso
The Indian state of Tamil Nadu built walls on the border to protect from coronavirus
Iran want to end the differences immediately with Saudi Arabia and the UAE
India Has Just Avenged Abhinandan by Making a Very Bad Remake of "Sayonee"