Forest fires in southeastern Australia have become the worst-case scenario, leaving thousands of tourists and locals on vacation and forced to seek shelter on the coast and have no one to take shelter on the ground. No space left.

More than 200 kilometres of the area has been covered by fire in Malakota and other southeast coastal areas of Australia, leaving 4,000 people trapped in the coastal areas.

Some people have gone out in the open sea to save their lives in order to escape the fire.
Since Monday night dozens of properties and properties have become piles of ash while seven people are missing in New South Wales and Victoria, where fires have engulfed famous towns in those states.

The fire service says that in some areas, flames, smoke clouds and smoke-inducing fires are so severe that the process of moving people to a safe place through the atmosphere and preventing the flow of fire from the water. has been given.

In Malakota, conditions have become so staggering that nighttime fog is being fueled by heavy smoke, and officials say that the nearby flames pose a threat to human lives. 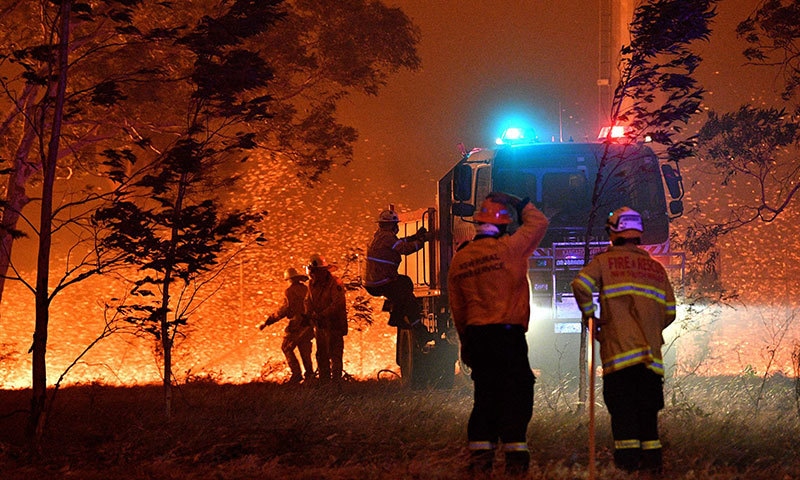 Victoria Emergency Management Commissioner Andrew Crisp also spoke openly about the danger, saying that the fire could affect Malakota at any time and firefighters were deployed to ensure public safety.

Australian authorities had been warning tourists visiting their country for several days that they should move to a safer place as soon as possible, but now it has become almost impossible for them to leave the area.

"We have appointed three teams in Malacota, which will upset about 4,000 people on the coast, we are very worried about those who are being deported," said Crisp.

Given this dangerous situation, people are being asked to evacuate by sea or air, as it is now impossible to get on a train or bus.

In social media, people have reported in their posts that they are trying to get out of the wreckage area and will jump into the sea wearing life jackets if needed.

In places where the forest is on fire, the temperature has reached hundreds of degrees Celsius and everything has gone up due to the flames.

The Victoria Emergency Management Agency says that taking refuge in the ocean is the only last resort we have.

Local radio journalist Furnessa Winterson said she was watching the fire moving toward her area and issued an emergency warning before a potential power outage.

They said that if I stayed in the house I would not survive so I prefer to stay out of the house.

In Australia's history, there is no example of a forest fire, where for several months the fire has only worsened due to severe heatwaves and strong winds. 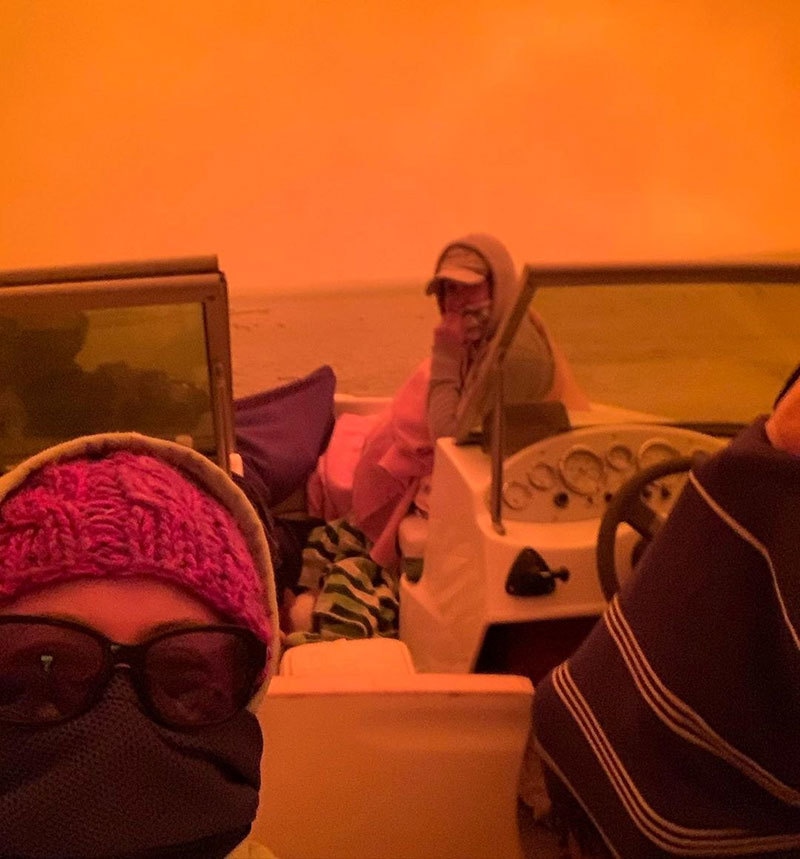 People have begun their evacuation by boat to save lives

The crisis has also engulfed cities like Sydney and Melbourne, where millions of people live.

About a million people were evacuated from Melbourne's suburbs on Monday following the death of a firefighter from a forest fire.

According to the Rural Fire Service, one of the firefighter's volunteers who tried to extinguish the fire for more than 5 hours in southeast Sydney lost life in New South Wales while two volunteers were badly burned.

So far, more than 10 people have been killed in Australia since the fire, bringing the total death toll to 14. 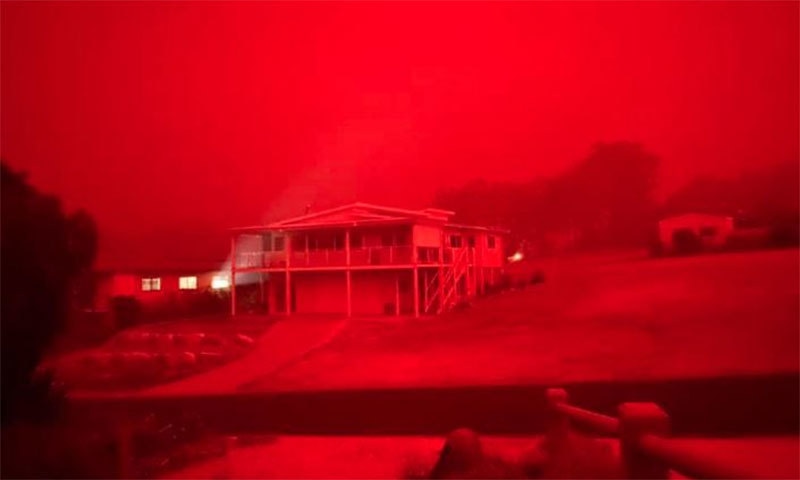 After the blaze broke out in the Victoria area of ​​Malacota, the entire area was presented with a red light - photo courtesy Twitter
The fire has killed more than a thousand people and affected 7.4 million acres of land, which is more than the total area of ​​Belgium.

Honda Announces Increase in Car Prices From May 1

Related Posts
The body of a young Girl was Recovered from the Defense area of ​​Karachi
(They Will Kill Me) Sushant Singh's Call to Her Sister Five Days Before Death
Pakistani Scientist has Discovered Symptoms of life on Saturn
If arrested I will be more dangerous
Corona Virus: The First Vaccine Starts Testing on Humans
The Ministry of Industry withdrew its request to import sugar at the height of the crushing season
PM Imran Khan announces to open Pak-Afghan border in Chaman
India: Fear over face recognition software at rally