Arrest and Bail of Kashif Zameer, the Host of 'Ertugrul' in Pakistan

A day after the arrest of TikToker and businessman Kashif Zameer, who finally brought actor Engin Altan Duzyatan to Pakistan, who played the lead role in the Turkish drama 'Ertugrul Ghazi' with Urdu translation on Pakistan Television (PTV), Released on bail.

It may be recalled that actor Engin Altan Duzyatan, who played the lead role in the Turkish drama 'Ertugrul Ghazi', had come to Lahore, Pakistan last week on a two-day visit. Engin Altan Duzyatan arrived in Lahore, Punjab on December 10 at the invitation of a private business company. During the visit, he also signed agreements with Chaudhry Textile Industries and the company had appointed him as its ambassador.

Later, Engin Altan Duzyatan visited the shrine of Allama Muhammad Iqbal, the poet of the East, and offered Fateha. A few days later, news started circulating that Kashif Zameer, who had invited the Turkish actor to Pakistan, was a record-breaking accused and was involved in eight cases. Sources in various media reports also claimed that serious cases have been registered against Kashif Zameer, including fraud, betrayal of trust, car theft, and robbery. 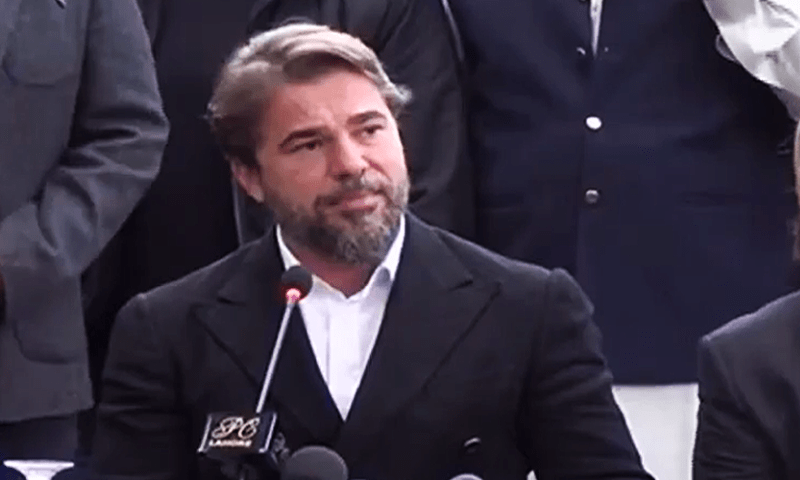 An attempt is being made to discredit me, Kashif Zameer

In a video released on Facebook, he said, "I brought Engin Altan to Pakistan which is not tolerated by some brands and they are trying to tarnish my name." Referring to the anchor of a private news channel, he said, "Some people came to meet their families in Angin. I did not allow them to meet, so they are blaming me for their frustration." He also addressed the gathering in a threatening manner. 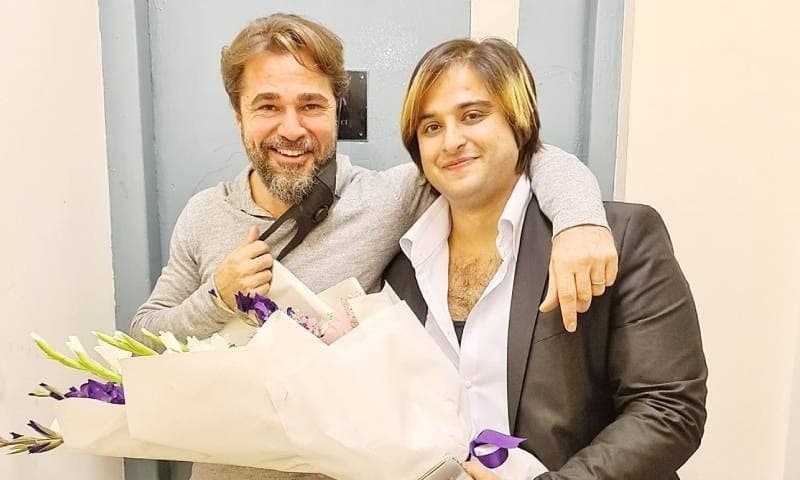 After which he released another video statement yesterday, in which Kashif Zameer said regarding the contract with the Turkish actor that half of the payment was made to him on his arrival in Pakistan and the rest will be given on shooting and commercial. Kashif Zameer said that if this had happened then actor Angin Ultan would have had a complaint, if any of his statements or tweets would have come to light then why Pakistani media is spreading such things.

He had said that such things are becoming a spectacle of Pakistan in the world, if this happens then no international star will come to Pakistan.

Arrest and bail of Kashif Zameer

In this regard, the Judicial Magistrate heard the case where Ghalib Market Police Station had produced accused Kashif Zameer. Police had told the court that a case had been registered against Kashif Zameer for threatening a citizen. During the hearing, Kashif Zameer's lawyer asked for his release on bail, which was granted by the court.

Later, the court ordered the release of Kashif Zameer and directed him to submit a bond of Rs 50,000.

'All payments to Turkish actors are included in the agreement' 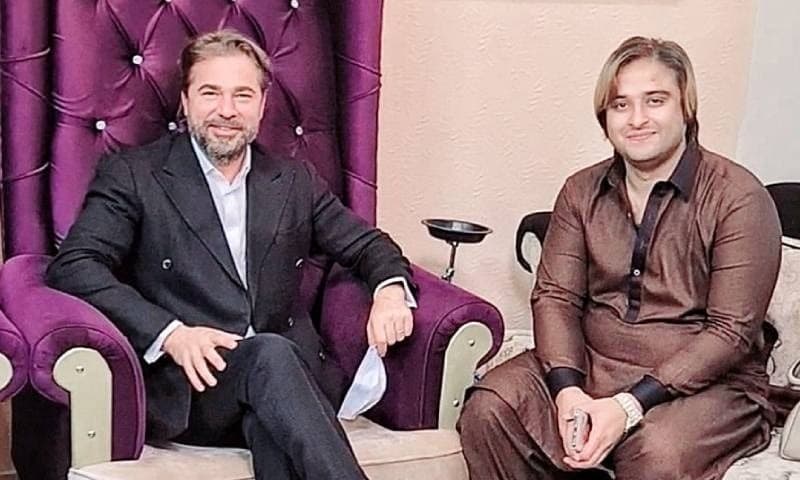 He added that after 15 to 20 days, the Turkish actor had to come to Pakistan again for the shoot of our industry commercial, after which he had to pay the remaining amount to Engin Altan Duzyatan. Kashif Zameer said that all these things related to the payment of money to the Turkish actor are included in the agreement.

Asked about the demand for arrears after the agreement by Engin Altan Duzyatan or a complaint from the government of Pakistan in this regard, Kashif Zameer said that this was already clear in the agreement between the two of us.

Engin Altan is shocked by the news in this regard. 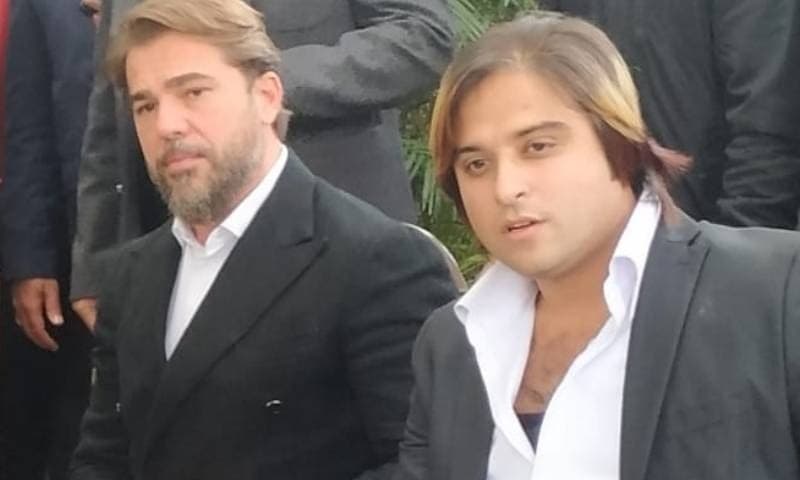 Regarding the registration of an FIR on the said matter, Kashif Zameer said that when there is no case and there is no complainant, what will the FIR be registered. In response to a question, Kashif Zameer had said that he was not contacted by the police or law enforcement agencies. I cannot show the world that agreement but these agreements are also with me and Engin Altan.

'I deny all allegations'

"There was a big fight with the motorway police, on which an FIR was registered. In fact, my father had died at that time. I was returning after his funeral when the motorway police stopped me," he said. Obviously, I was a little upset then there was a fight on which an FIR was registered which is known to the whole world. Continuing his speech, Kashif Zameer said that first of all if an FIR is registered against me or 10, what has it got to do with actor Angin Ultan? I'm calling for my shoot. 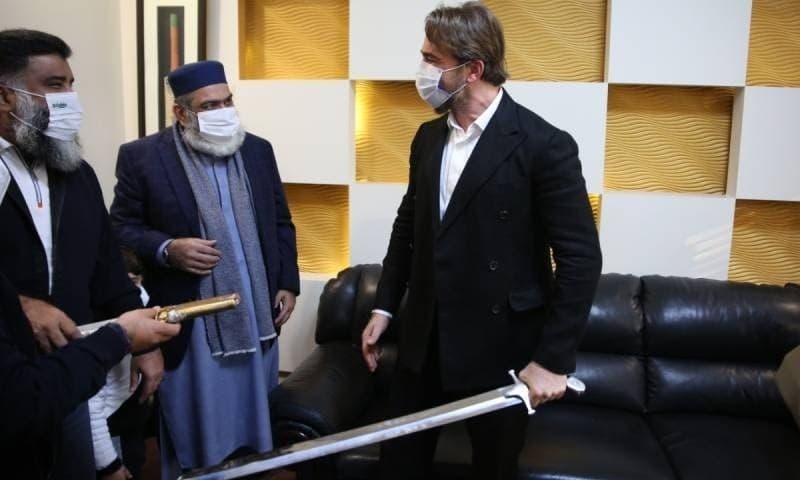 On the question of fraud, Kashif Zameer said that it is absolutely wrong, there is no truth in it, I have a relationship with celebrities, politicians in Pakistan, ask anyone, no one will testify that there is such a case Happened. "I am an industrialist. An industrialist has connections with politicians, actors, and all kinds of people," he said. Kashif Zameer said that Angin Ultan is a great actor and he finds out one thing before signing any contract with any company. He has an online embassy system.

'Some brands are using tactics to cancel the contract'

He said that he had learned from some of his sources that Engin Altan had agreements with two Pakistani brands but due to some reasons and lack of good reputation, the actor refused to work with these brands.

Kashif Zameer said that I brought Engin Altan to Pakistan because everyone thinks that he has been making his own brand for 100, 100 years. If he could not bring it, then how did he bring yesterday's child and that is why he used such tactics. So that my reputation is tarnished and the contract is canceled.

Regarding bringing Engin Altan to Pakistan, he said that Furqan Hameed Sahib is my friend, I had told him that I want to meet Angin. "When I met the Turkish actor, I thought he was a very nice person and I thought of making him my brand ambassador," he said.

Kashif Zameer also said that when he first met the Turkish actor, he had given him a gold and diamond ring worth 6 million Pakistani rupees as a gift, because a gift is a gift. He also said that if the situation does not improve then I am requesting a video from Engin Altan in which he will explain that there is no such issue between us.

Kashif Zameer also said that Engin Altan's lawyers are also going to approach the court on the basis of which they showed our agreement after the agreement was leaked by the anchor of a private channel. However, no statement has been made so far on the rumors circulating by Turkish actor Engin Altan Duzyatan regarding Kashif Zameer.

In addition, Kashif Zameer has also privatized his Instagram account on which he shared photos and videos with Engin Altan.

The allies criticize the Prime Minister's statement regarding the Reko Diq

What Not To Do! A Cardiac Guide From A Cardio Specialist