The Army Chief met with the Chief of Army Staff of the Iranian Armed Forces, Major General Mohammad Baqeri, in the wake of the attack on a Frontier Corps patrol in the Balida area of ​​Ketch District.

Six army personnel, including Major Nadeem Bhatti, were martyred in the attack.

The banned Baloch Liberation Army claimed responsibility for the attack, which took place 14km from the Pak-Iran border.

However, no statement was issued by the Pakistan Army's Public Relations Department regarding the talks between the two Army Chiefs.

According to Arna's report, General Qamar Javed Bajwa stressed the prevention and security of terrorism on the common borders.

He apprised the Iranian General of the steps taken by the Government of Pakistan to prevent unauthorized border movement.

Speaking to the Army Chief, General Baqeri called for co-operation against militants and border security measures to curb terrorist groups and "common enemies" at the borders. 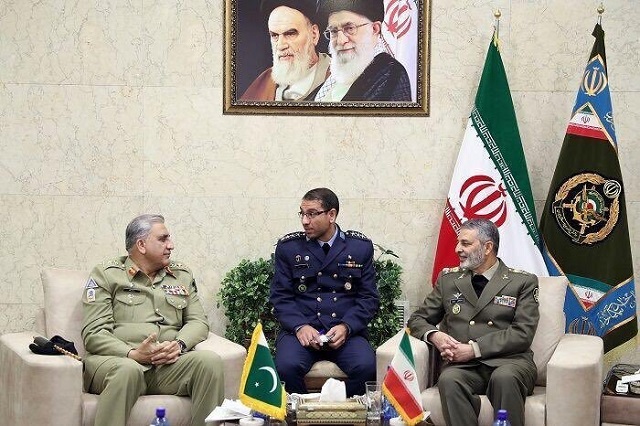 Iranian border guards are believed to be in the custody of Jaish-e-Adl, an Iranian terrorist organization based in the border areas.

Since November 2018, Pakistan has been assisting Iran in the release of 12 Iranian guards who were abducted in October 2018 near a border post in Mirjava.

Remember that there is a 900 km long border between Iran and Pakistan which is full of criminals, gangs, militants, and drug smugglers.

Terrorist groups operating in the border areas have carried out several attacks in the past.