Artists and politicians around the world expressed regret over the killings caused by violence and attacks on people who protested against controversial citizenship law during a visit to US President Donald Trump on February 24 last month in the Indian capital, New Delhi.

Protests against the controversial citizenship law in India began in December 2019 and protests are currently underway in India. 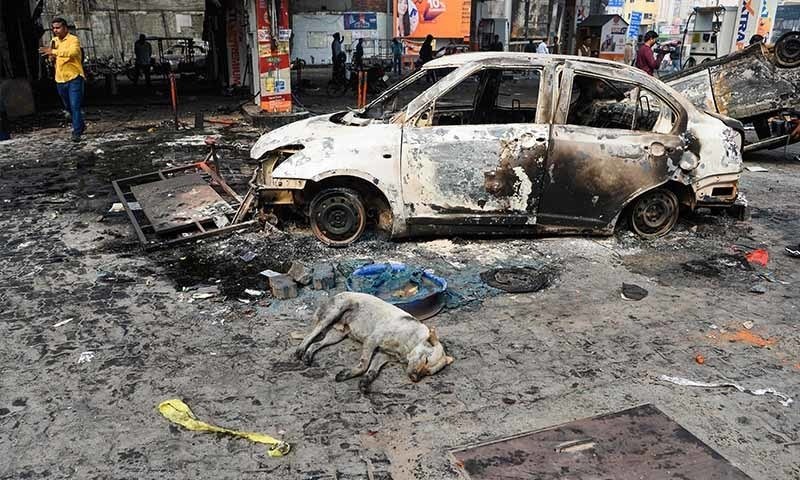 Religious riots lead to 42 deaths - Photo: AFP
Although there have been numerous casualties during protests against the controversial citizenship law, the attacks and violence against protesters to end the February 24 protests have resulted in more than 42 deaths.

Things are still tense in Delhi and over 200 people were injured and most of those killed were Muslims, including 42 killed in three days of religious riots.

Apart from Muslims, Hindus and people of other faiths were also killed during the violent protests and political leaders from other countries including the United States regretted the demonstrations where Bollywood personalities expressed regret.

Canada had also barred its citizens from travelling to India after violent riots and religious riots in New Delhi, but no statement has been made regarding the riots by some prominent Indian film personalities.

Bollywood's leading actress Priyanka Chopra is among those who make no statement on religious riots in New Delhi, and Pakistani actress Armeena Khan has expressed surprise at her silence.

In a tweet, Armeena Khan shared a picture of Priyanka Chopra and her husband Nick Jonas meeting Indian Prime Minister Narendra Modi, and the well-known actress has not yet given a statement on the New Delhi riots. 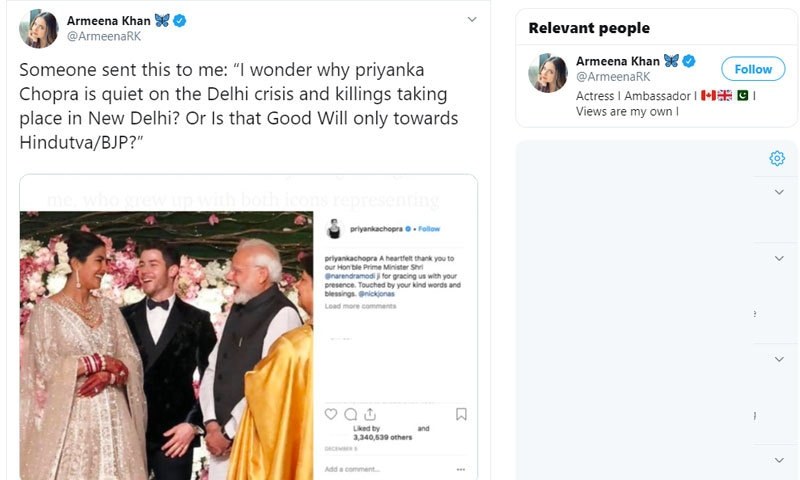 Armeena Khan said in the tweet that someone sent her the picture of Priyanka Chopra and asked her why the actress has not yet given any statement on the New Delhi riots. 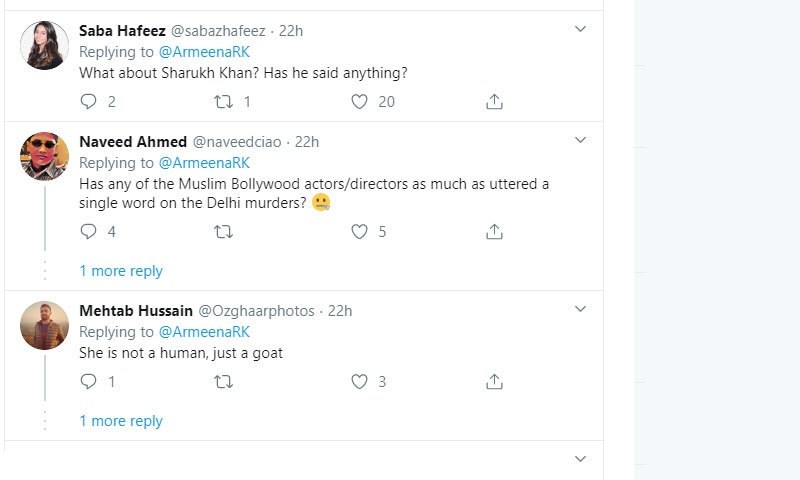 Armeena Khan expressed surprise that Priyanka Chopra did not give a statement on the New Delhi riots, is she a goodwill ambassador of the extremist ruling Bharatiya Janata Party (BJP) and the Hindutawa?

Many people commented on the actress's tweet and condemned the actress's role on Priyanka Chopra's statement on the New Delhi riots, saying she was supportive of the war.

While many people criticized Priyanka Chopra for not giving a statement on the New Delhi riots, many people questioned Armeena Khan if the Muslim actress and superstar Shah Rukh Khan did not give a statement.?

One person also asked the actress whether other Muslim Bollywood actors and directors also issued statements on the New Delhi riots. However, the actress did not respond to fans' questions. 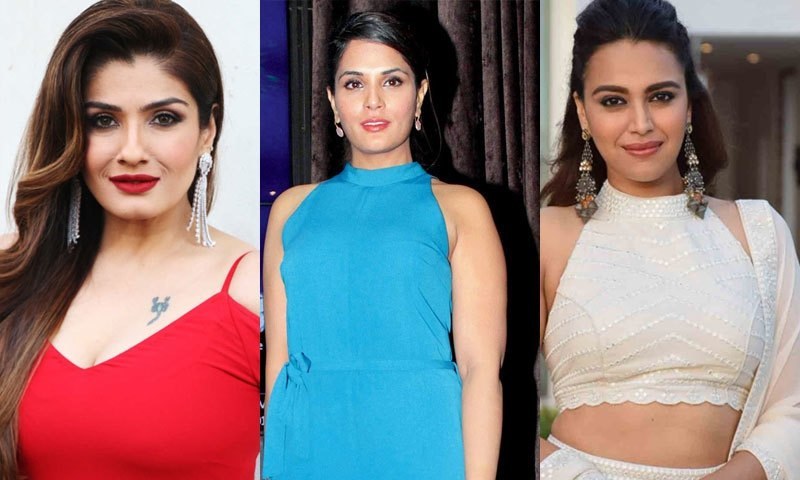 Developing countries are expected to lose $ 2200 million in revenue

Bilawal has to be a plea bargain, he is named in five companies

Related Posts
Sindh Govt. announces withdrawal of double ride ban notification
American psychologist defending violent methods of investigation in Guantanamo Bay
'Home Alone 2' had the honor of being the sequel, Donald Trump
Important and major decisions are expected today at Federal Cabinet meeting
Court directs to present Advocate Inam-ur-Rahim to Supreme Court
The highest number of deaths due to Coronavirus worldwide in Italy
Libya: Khalifa Haftar are expected to attend a UN-backed meeting.
Names of officers benefiting from Income Support Program should be made public, PM