According to Sindh Police, another police officer infected with Coronavirus lost his life after which the number of police personnel who died due to the virus has risen to three.

According to a statement issued by the Sindh Police Spokesperson's Office, ASI Sher Gul Khan Niazi, 48, posted at MT Garden, was infected with the virus while on duty.

The police officer died during treatment, the statement added.

Earlier on May 5, a policeman died of coronavirus in Karachi. 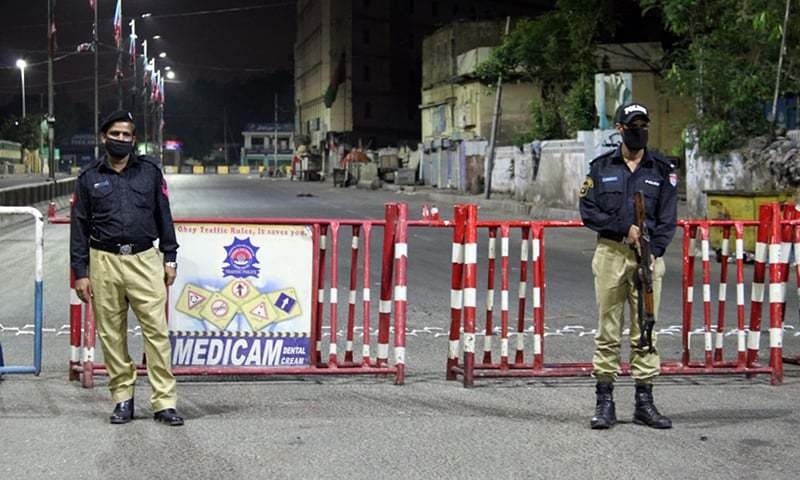 He said that Constable was posted as a gunman with DSPLC in Malir.

Earlier on May 3, ASI Muhammad Anwar, who was working as a shift operator in the SSP City Office, died. He was diagnosed with the virus on April 28.

Yesterday, Major Muhammad Asghar, who was working hard on the front against the coronavirus, fell victim to the virus and met Khaliq Haqiqi.

According to the Pakistan Army Public Relations Department (ISPR), Major Muhammad Asghar Tor was performing his duties at the Khum Border Terminal and when the return of people trapped in Afghanistan began, he was assigned to screen at the Border Terminal.

According to ISPR, Major Asghar suddenly felt chest pain on May 10, after which he was shifted to CMH Peshawar for treatment.

When Major Asghar's condition deteriorated, he was shifted to Vanity Fair but his condition could not be controlled and he went to Khaliq Haqiqi.

It is believed that the coronavirus has affected not only the general public but also doctors, paramedics, and police personnel on duty at the front line, while many of them have died.

Related Posts
A 19-year-old Muslim girl who wins the bodybuilding competition in full dress
Imran Khan, Justin Trudeau telephone conversation, discuss the situation emerging from the epidemic
US Admired PM Imran khan on efforts to reduce tension with Iran,
The government is dealing with Corona properly, according to 82% of Pakistanis
Indian Farmers Thanking Jawad Ahmed for Releasing the Song 'Kisana'
Petition filed in court against Abrar-ul-Haq's new song, 'Chamkeeli'
Sindh: 3,000 volunteers including doctors, IT specialists registered in one week
TECNO starts promotions for the Gimbal Camera CAMON 18 series