Italy is one of the countries most affected by the Coronavirus; a nurse ended her life after suffering from the Coronavirus.
The Suicidal nurse, who had been serving Coronet's patient-centered care ward for the past several weeks, had also suffered from an outbreak, after which she ended her life.

In its report by the British newspaper The Telegraph, Italy's Nurse Federation Organization confirmed that 34-year-old Daniela Tirizzi ended her life due to severe mental depression after suffering from the Coronavirus.

A Suicidal nurse has been serving in the intensive care ward of Lambor, the busiest hospital in Corona's most affected area for the past several weeks, said a nurse federation official.

According to the Nurse Federation, the life-ending nurse was suffering from severe stress due to constantly seeing thousands of new patients coming to the hospital and seeing dozens of deaths daily in the hospital, but later she also suffered from coronas. 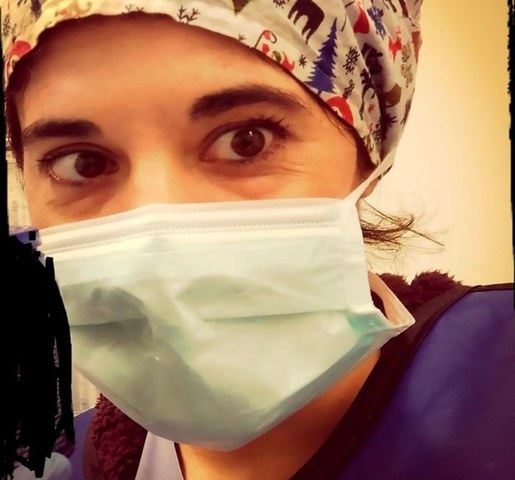 Suicidal nurse serving at ICU - Photo: The Metro
The Nurse Federation said that the Suicidal nurse believed that if she lived, she would suffer more people as well, so she experienced severe depression and constant suicide after seeing new patients and people die.
The Nurse Federation expressed deep sorrow over the suicide of the young nurse, saying that medical staff across the country were under severe stress.
The Telegraph reported in its report that a total of 5,000 medical staff members throughout Italy were also affected by Corona, many of which were reported to have died, but it could not be confirmed that Corona. How many medical personnel have been killed?

Italy is currently the most affected country with the Corona virus, where up to 600 people have been killed by the virus every day for the past five days, and by the morning of March 26, the death toll has risen to more than 7,500.

Related Posts
India does not treat us very well, Donald Trump
Why Did Johnny Depp Get Less Money Despite Winning the Case?
The House of Representatives will vote today for Trump's motion
Brendon McCullum exposes possible Indian conspiracy
Despite the steady increase in cases, Trump declared the battle for Corona virus near the end
Rocket attacks on US embassy in Iraq
Send two more names to the federation for IG Sindh
Harry Potter's Daniel Radcliffe also confirmed corona virus?