After Recovering From Omicron, Mahira Khan Changed Her Style.

Mahira Khan shared her new style photos on Instagram on January 14 and told her fans that she had fallen victim to 'Omicron,' but now she has recovered.

The actress did not specify when she was suffering from Omicron but said that when she changed her hairstyle after recovery, she had her hair cut short instead.

Mahira Khan said that she had never trimmed or colored her hair since she was a student, but that once she recovered from Corona, she wanted to tint her hair "pink."

The actress said that the hairstylist did not dye her hair pink despite her mysteries and made it short and stylish.

Mahira Khan says that her mother was surprised to see her with short hair when she arrived home, but she was pleased with her new look.

She added that she did not know why she had changed her hairstyle. Is it due to recovering from a double corona?

At the same time, she wrote that God knows all these things, but she feels good by changing his hairstyle and style.

Mahira Khan's new style was appreciated by many showbiz personalities, while fans also praised her and wrote that she is looking more attractive than before.

Mahira Khan also contracted the coronavirus in December 2020 before succumbing to Omicron and recovered after being quarantined at home for a few weeks.

Later, as soon as vaccination started in the country, Mahira Khan had also been vaccinated against Corona.

Like Mahira Khan, other showbiz personalities and the general public have also fallen victim to Corona after vaccination. However, after vaccination, the severity of Corona does not remain as high as before, and it is not the turn of the patient to be admitted to the hospital.

In recent days, Pakistan is facing the fifth wave of Corona, and like other countries, the country is witnessing the spread of 'Omicron.' 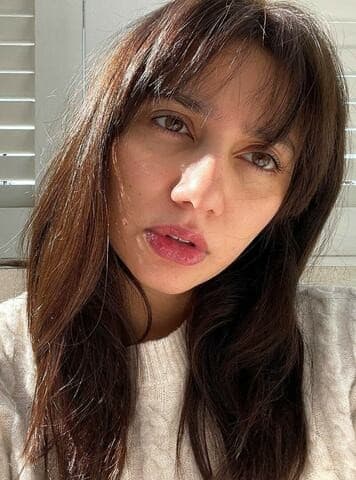 Related Posts
The love of the Gulf countries for India began to break
Airlift: Transit Service to Remain Suspended till Jan 2020
Maryam Nawaz's name was added to the ECL for the second time
Bilquis Edhi Trusted Me and Gave Me a Son, Hadiqa Kiani
The bodies placed in the bookshelves in the cabinets
NAB Accused Asif Ali Zardari in Park Lane Case
Sudan: 29 secret agency personnel sentenced to death for teacher's murder
British diplomat Steven Dick Dead in European country due to Corona virus