The Lebanese intelligence agency in the Middle East has arrested a man after foiling an attempt to sell a 30-year-old Nigerian girl on Facebook, the world's largest social networking site.

The Arab broadcaster Al Jazeera reported that after taking notice from the Lebanese Ministry of Justice and the Ministry of Labor, Lebanon's intelligence agency, the General Security Agency, arrested the man who posted the sales ad of a girl was published on Facebook. 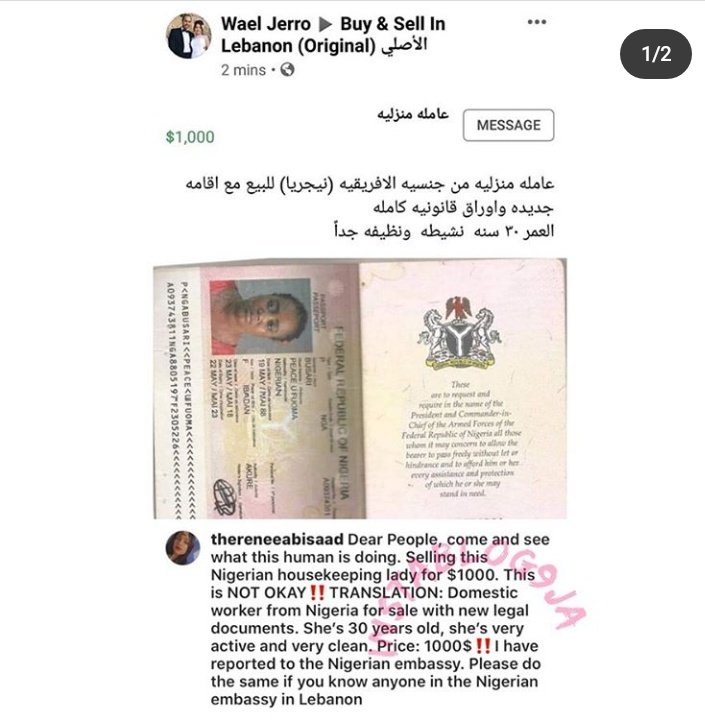 Security forces arrested Lebanese man Wael Jerro on April 23 for publishing an advertisement for the sale of a Nigerian girl.

The arrested man had posted an advertisement for the sale of a girl from the African country of Nigeria on his Facebook page (Buy and Sell in Lebanon) a few days ago.

The accused posted an advertisement in Arabic on Facebook and shared a photo of the girl's passport, as well as information about the girl's age and her legal documents.

The arrested person wrote in Arabic on Facebook that a Nigerian housemaid under the age of 30 is for sale, she is physically healthy, active, and clean and beautiful.

The accused had written in the advertisement that the price of the girl was more than one thousand US dollars ie Pakistani one lakh 60 thousand rupees.

The Lebanese Ministry of Justice and Labor ordered security officials to investigate the allegations following complaints about online advertisements for the sale of the girl, after Lebanese security agency officials arrested the man who published the advertisement April 23. ۔ 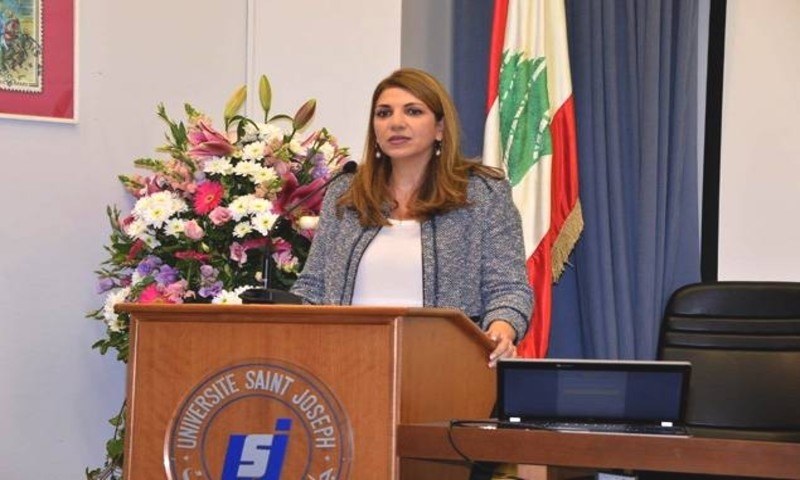 Lebanese Justice Minister Marie Claude took note of the matter. Photo: Twitter
The Nigerian newspaper The Guardian reported that Lebanese authorities handed over the victim to Nigerian authorities after searching for her.

The report said that the girl whose sale was advertised was immediately identified as having been born in 1988 and obtained a passport in 2018 and her passport was due to expire in 2023.

The girl was identified as Peace Opium and had moved to Lebanon for work.

The case comes at a time when two Nigerian women were rescued by security officials last month.

The two rescued Nigerian women were taken into custody by security officials from the Lebanese capital, Beirut, who was reportedly brought to Lebanon in September 2019 from the Nigerian cities of Lagos and Oviedo for human trafficking.

After rescuing the two women, they also arrested the suspects who smuggled them to Lebanon, while the authorities had rescued the 23-year-old Nigerian girl at the beginning of March.

The girl was also trafficked from Nigeria to Lebanon under the guise of domestic work but was later used for human trafficking.

Earlier in March, Lebanese authorities rescued two young girls who had been trafficked from Nigeria.

Lebanon is considered to be one of the most important countries in terms of tourism and is visited by tourists from all over the world, for whose pleasure Lebanese institutions make many arrangements, and Lebanon has been accused of job fraud. Trafficked women are forced into prostitution after being trafficked

Infants children recognize the embrace of their parents

Exceptional value for a minimal price - Redmi 10A