The American showbiz broadcaster ET Online reported that John Cena and his Iranian-born girlfriend Shay Shariatzadeh got married on October 12 in Tampa, Florida. The report quoted a Florida broadcaster saying that the couple had obtained a marriage certificate earlier this month.

Sources said that the couple had got engaged before getting the marriage certificate, and it was thought that they would get married any time this year. Showbiz website TMZ also reported that the couple got married in Florida in the presence of very few people. The report claimed that TMZ had also seen their marriage's legal documents, which confirmed that they were married.

Similarly, other showbiz websites in the United States also reported John Cena and Shay Shariatzadeh but said that their marriage could not be confirmed. Well-known website Hollywood Life also confirmed the marriage of the two in its report; however, it said that the two's spokesperson was contacted for confirmation, but he did not respond. 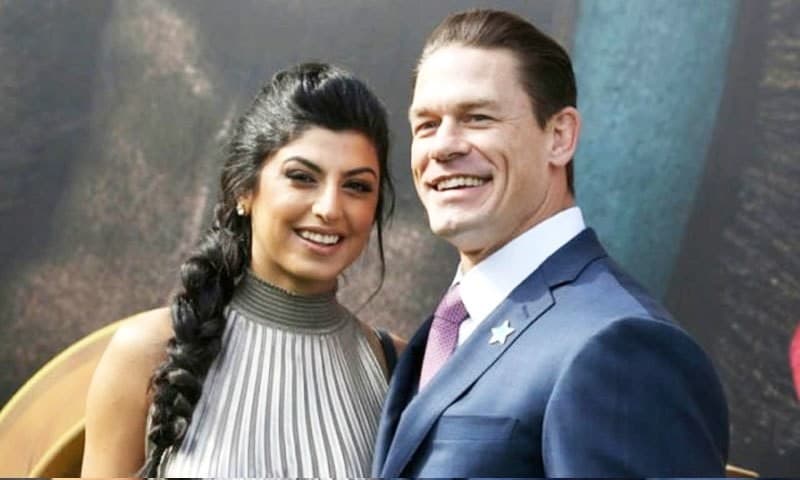 John Cena's wife, Shay Shariatzadeh, was quoted as saying that she is an Iranian-Canadian technology personality and works for a technology company in Vancouver. Sherry said that he met John Cena in Canada in early 2019 when the actors went there to shoot the film. According to the Drashier website, Shay Shariatzadeh is an Iranian Muslim, and his mother is a doctor by profession while his brother is an engineer.

After a meeting in Canada through friends, the Iranian-born Hasina and the actor developed a relationship that turned into love at first sight. Now, their love has turned into a relationship. This is John Cena's second marriage, to which he married Elizabeth Hebido in 2009, which ended in divorce three years later in 2012.

After that, John Cena's relationship with the well-known wrestler Nikki Bella was established, and the duo gained a lot of space in the media. There were rumors that they would get married, but that did not happen, and in April 2018, just a few weeks before the wedding, the two parted ways. The whole world was shocked at the separation of the two, but later, Nikki Bella's relationship with someone else was established, and this year, they had their first child.

News of John Cena's engagement to Shay Shariatzadeh surfaced shortly after a child's birth at his ex-girlfriend Nikki Bella's, and now there are reports of their marriage. Still, neither has confirmed nor denied the marriage.

'Rishi Kapoor' is an era that has come to an end: Some Best Movies of Rishi Kapoor