Al Jazeera reports that in a statement issued from the Nigerian Presidential Office, it was announced that Abba Kyari died after being infected with Corona.

The statement said, "Late Abba Kyari Test of COVID-19 (Coronavirus) came positive and they were being provided medical help but they died on April 17, 2020".

Abba Kyari, 70, is a high-ranking official in Nigeria suffering from the Coronavirus. 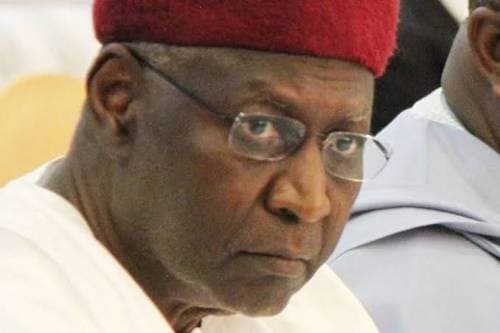 According to the Nigeria Centers for Disease Control, the number of certified cases so far in the country is 493 and 17 people have been killed.

According to the report, the president's chief of staff was also suffering from other diseases and had the rank of special adviser to the president.

Abba Kyari was quoted as saying that 77-year-old former soldier and now-ruler Mohammed Buhari had a profound influence and often oversaw the meeting.

According to Al Jazeera, Abba Kyari's Coronavirus test came positive after returning from Germany at the end of March, but he had moved himself to Quarantine.

In a statement on March 29, Abba Kyari said he had been transferred to a private medical center in Lagos, Nigeria's largest city.

In his statement, he hoped to return soon after recovery.

President Muhammadu Buhari has been constantly addressing the nation on television about the lockdown and other precautions to prevent the spread of the Coronavirus, but no statement has been issued regarding Abba Kyari's test.

The Nigerian government announced a lockdown in the capital Abuja and the economic hub Lagos, while other governors in other regions have taken necessary steps.

In his previous address, Mohammed Buhari expressed concern over the economic loss from Lockdown, saying he understands the difficulties of working people on a daily wage.

He said that despite the realization of these economic inequities, we would not change these sanctions.

The government has taken several measures to provide relief to the citizens, but more needs to be done for the hungry.

Related Posts
Rahim Yar Khan's deputy commissioner's dispute over 'illegal poaching'
Permission to abortion in India for up to 24 weeks
CM Sindh refuses to give further name for IG
Raids on Sharif family's sugar mills, seizes 55,000 sacks of sugar
Amir Liaquat Denied the Allegations of Dania Shah
Earthquake Tremors have been felt in Different Parts of the Country
The third instalment of the loan, great news has come for Pakistan
A further 2,342 people were killed in the United States in 24 hours, bringing the total to more than 50,000