Aamir Liaquat and Dania Shah's Shameful' Accusations Against Each Other

Although Amir Liaquat Hussain initially called the news a lie after Dania Shah approached the court for annulment of the marriage, he later discredited her by sharing alleged audios of shameful allegations against his wife. After the character assassination by Aamir Liaquat Hussain, Dania Shah also shared her husband's alleged audio on social media and rained accusations on him. 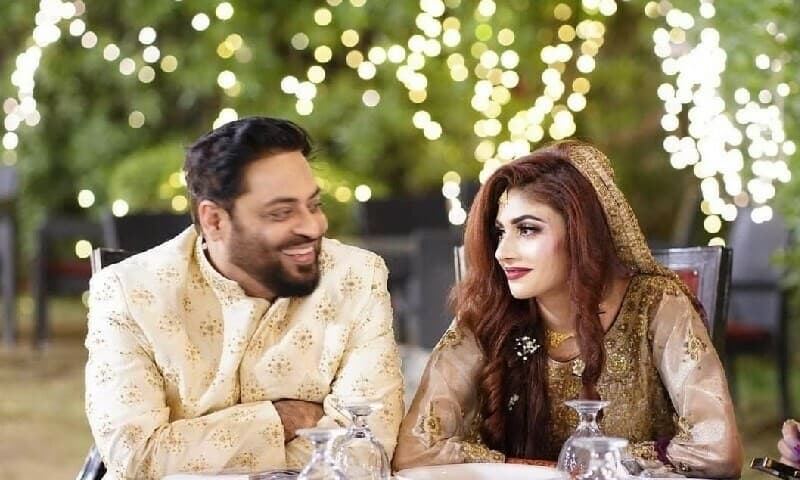 Dania Shah cried and said that Aamir Liaquat while committing 'character assassination', wrote very dirty things for her on Instagram and at the same time asked why she married him if she was so bad. Dania Shah claimed that Aamir Liaquat Hussain was also threatening her and that she did not want to take anything from him.

Before Dania Shah, Aamir Liaquat Hussain had married his younger model Tobia Anwar in July 2018, who divorced him in February 2022. Earlier, Amir Liaquat Hussain was married for the first time to Dr. Bushra Iqbal, with whom he has two young children, but their marriage ended in December 2020.

The decision makers are mentally unfit, should be stopped working immediately

Related Posts
Lack of planning on petroleum products is evidence of past rulers incompetence: PM
Quetta: It is difficult for people to buy palms even before Ramadan arrives
Blended of textile colour, sawdust, rice husk in spices
Nawaz Sharif will return to Pakistan in 2020
The Parents of a nine-year-old boy Pulled him out of University
وزیراعظم نے سانحہ ساہیوال کے فیصلے پر حکومت کو اپیل کرنے کی ہدایت دے
Asian countries suffer from Corona again due to external cases
Smog May Cause of Death