A 19-year-old British girl has been convicted by a Middle Eastern penitentiary of a Cyprus court for making a 'gang rape' drama.

A Cyprus court has arrested a girl accused of plotting a 'gang rape' drama in Cyprus this July when she denied the gang rape.

Earlier, the aforementioned girl lodged a complaint of 'gang rape' in Cyprus, claiming that 12 Israeli boys were forcibly taken to the tourist spot 'Aya Napa'.

The US broadcaster CNN quoted AFP and Reuters in its report, saying that although the girl first filed a 'gang rape' report, the girl later went to the police station and told They did not have a 'gang rape'.

According to the report, the police arrested and confiscated his passport after the girl denied 'gang rape' and an investigation was launched against him. 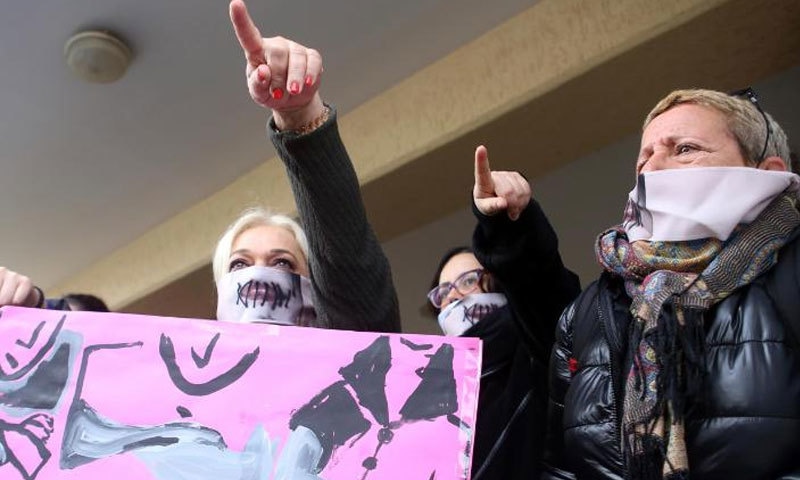 Social leaders protest against punishing girl - Photo: CNN
Police said during interrogation that the girl consented to have sex with a boy, the report said.

The court has handed the girl over to the police till January 7 next month and announced that the girl will be sentenced next month.

The girl is likely to be sentenced to one year in jail and a fine of up to two and a half million rupees for lying and pretending to be a gang rap.

On the other hand, the girl's lawyers termed the Cyprus court's decision one-sided, saying their client was not provided with adequate legal assistance.

Reuters reported that the 19-year-old British girl arrested was denied "gang rape" status when some of her videos surfaced.

The report states that the British girl consented to have sex with an Israeli boy during a visit to Cyprus and that while they were both in the room, more friends of the Israeli boy arrived.

The girl claimed that she was subjected to 'gang rape' by 12 other Israeli boys and at the time of the incident, the girl was 18 years old while the boys were between 15 and 18.

The girl filed a 'gang rape' report to police after the incident, but later released videos of the alleged Israeli boys in which the accused were seen having sex with the boys.

After the girl was convicted by a Cyprus court, the British government took steps to provide help to the affected girl at the state level.