The Music of 'To Jhoom' Was Composed by Abida Parveen.

Abida Parveen, the queen of 'Sufi' lyrics, has said that her and Naseebo Lal's song 'To Jhoom' of Cook Studio Season 14 was composed by the musician with soul and heart, which is why people liked it.

Abida Parveen and Naseebo Lal's song 'To Jhoom' was released on January 14, which is being liked a lot; however, at the same time, a new controversy has arisen over the lyrics of the said song.

Nirmala Maghani, a young singer from the Umerkot district of Sindh, has claimed that musician Zulfiqar Khan, alias Zulfi stole her lyrics and composed music for 'To Jhoom'.

However, Zulfi has denied the young singer's claim; however, a new debate has arisen on the issue.

Abida Parveen has said that Zulfi, along with other people, composed 'To Jhoom' with soul and heart. 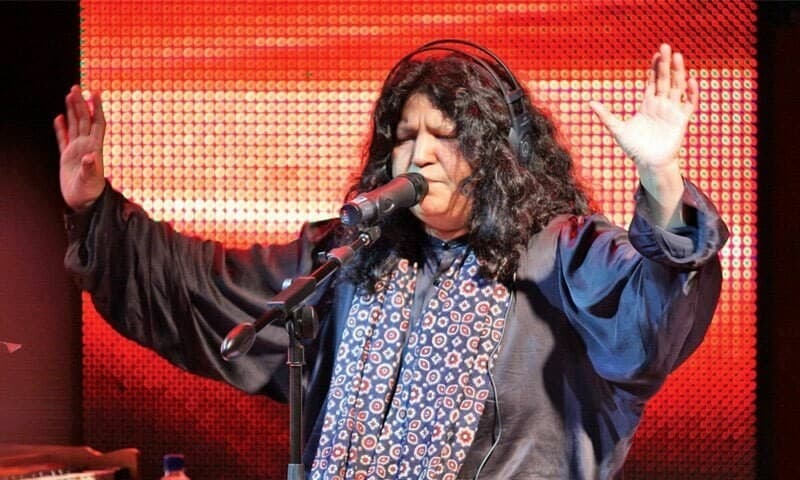 In an interview with the news, Abida Parveen also spoke openly about her experience working with To Jhoom and Coke Studios and said that the musicians who work with her know how to sing.

Speaking on 'To Jhoom', she said it was a good experience for Zulfi to make the song unique by including Naseebo Lal with her, as she has a history of senior singers and different singing like her.

She also called for the promotion of Sufism to eradicate extremism and hatred from the world and said that God is present in the heart of every human being, and there is no need for him to change his place of speech.

Abida Parveen said that the purpose of singing mystical words by her is to convey the message of God to the common people, and her message is easily conveyed to the people through other means, including TV.

She said that the creator of the universe had sent a man as caliph and the concept of man and woman became unimportant with man becoming messenger. The world should think beyond gender discrimination.

She termed humanity and Sufism as the only way of salvation and said it makes man think for the world beyond religious, political and gender differences.

Abida Parveen said that the principle of the creator of this universe is that he does not stop giving sustenance even to those who are heedless, therefore for the betterment of humanity and the world, all sexes should pay attention to Sufism.