Actress Aima Baig and Hadi Uppal's new song is getting the attention of fans as soon as it is released due to its Spanish title "Te Quiero".

In Spanish, Te Quiero means "I love you". The combination of Spanish with Urdu sounds very pleasing to the ears.

Sharing the video of Insta Pargana, Aima wrote for her followers, "Finally, Caro has been released. I'm excited to hear from you all." 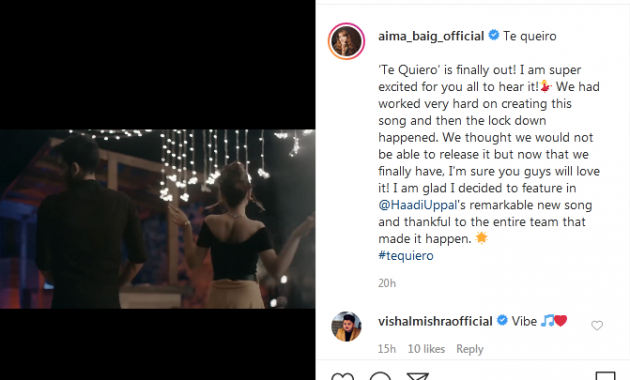 Due to the current situation, the Aima clarified, "We thought we would not be able to release it, but it happened. I am sure you will like it very much."

The Aima thanked his team and said he was happy to work with Hadi Uppal.

Hadi Uppal also shared the video of the song and wrote that Aima and I have worked hard for this song. 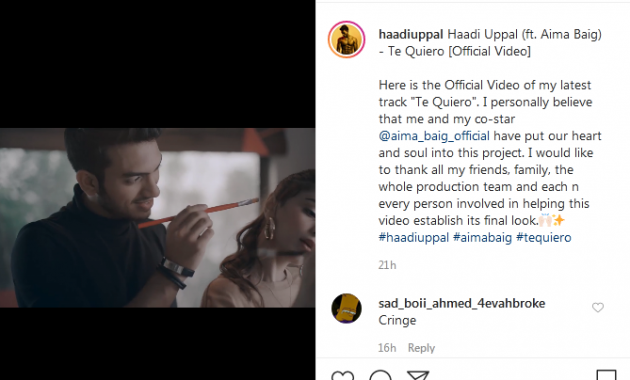 The video is 3 minutes and 45 seconds long, the lyrics are by Shakeel Sohail, composed by Shiraz Uppal and directed by Saad Hashmi.

The song has been viewed by over 44,000 people on YouTube since its release yesterday.