The Pakistani industry has taken a huge leap forward this and we can say without a doubt that 2019 has indeed, been a very prosperous year in terms of the growth of media industry and the making of bigger and better films. 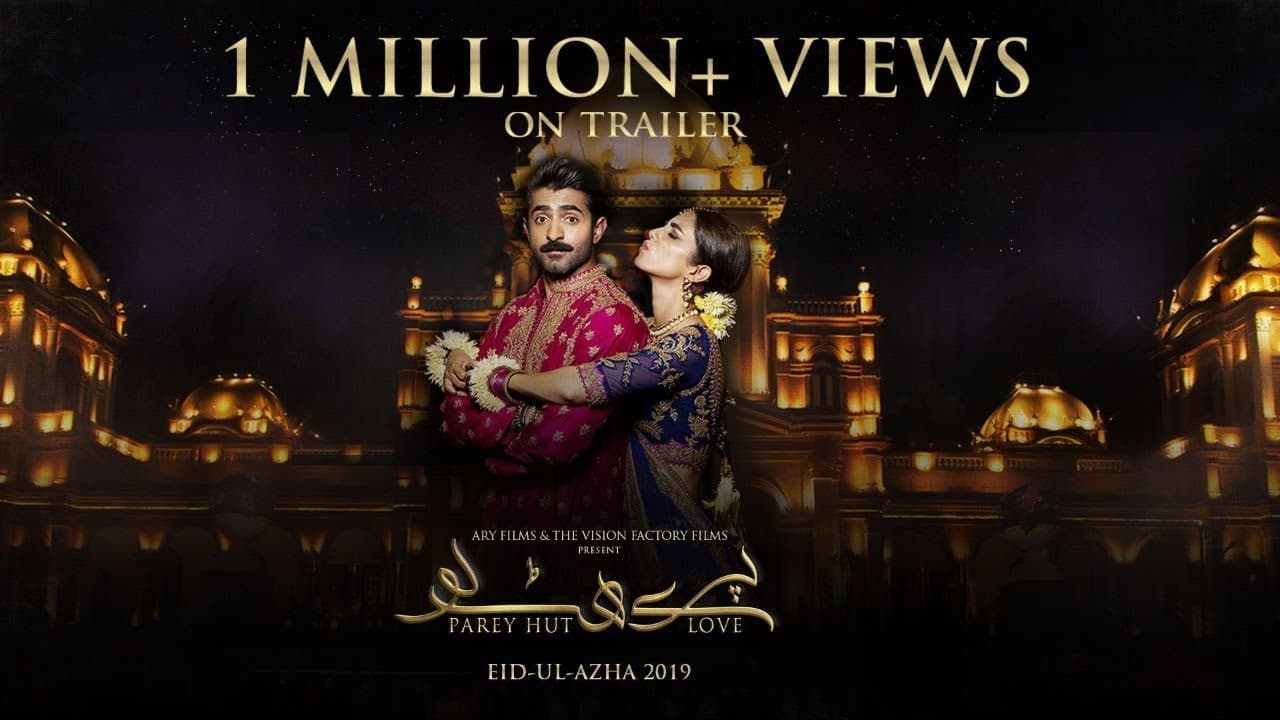 In the list of upcoming and released films such as Superstar, Baaji, Heer maan ja and many more comes another named Parey Hut Love another upcoming Pakistani romantic comedy film, which is lead under the supreme direction of Asim Raza. The story is penned down by Imran Aslam, its sweet and melodious songs are produced by Azaan Sami Khan while the Its direction of photography is done by Serkan Güler. The cast of the film consists of famous superstars of the Pakistani media industry such as Sheheryar Munawar as the male lead and Maya Ali in female lead.

Another great news for fans is that the film consists of multiple cameos of top-notch actors of the industry including Fawad Khan, Mahira Khan, Marina Khan, Sonya Jehan, Imran Aslam, Cybil Chowdhry, Meera, Saife Hassan the appearance of these members will make the movie more exciting and worth the watch’

The plot of the film is adapted by the film 1994 British film Four Weddings and a Funeral. In this version its the life of a guy who is immature and reckless and stays away from consistency, commitments, and loyalty in when it comes to relationships. But life has something else planned for him as when he meets a strong-willed, independent girl he falls in love with her.

This awaited movie will be scheduled to be released on this Eid al-Adha, August 2019, under the production banner of The Vision Factory Films while it will be played by ARY Films, Salman Iqbal Films, and B4U Motion Pictures.

The team of Gossip.pk wishes best of luck to the team of Parey Hut Love and hopes to see it making big in the big screen.

Pakistan needs 15 votes to get off the grey list

Smoking during pregnancy fatal to the unborn baby

Related Posts
After a Long Time, the Trailer of the Fourth Movie of 'Thor' Has Been Released
The trailer of Shaan Shahid's film 'Zarrar' released
West Side Story 2021 Movie Review, Trailer, Filming, Cast and Release Date
Fahad Mustafa's Character in the Movie 'Quaid-e-Azam Zindabad' Came to Light
The thrilling trailer for 'A Quiet Place' Sequel Reveals
Yasir Hussain and Sonia Hussain's 'Soyaan' Will Be Released on Eid-ul-fitr
Hulk's Cousin She-Hulk Ready to Appear on Screen
Ahmed Ali Butt Cast in the First Foreign Film