"The Green Mile" A Heartwarming Movie That Is a Must Watch

Very few people like movies that are usually slow and revolve around prison inmates. If you are one of them then maybe you have avoided watching the best movie that you must watch at least once in your life. The 21-year-old film still feels brand new because the era it depicts dates back to the 1930s.

Such a claim should not be made, but it is quite true that watching this film can melt the heart, because the story, acting, the direction is all wonderful. And this is the film The Green Mile of 1999, in which Tom Hanks, Michael Clarke Duncan played the lead role and the supporting cast also gave them full support. It's hard to believe, but the film was based on the novel of the same name by Stephen King, best known for its horror films, the screenplay of which was first written by director Frank Darabont. These are the same directors whose other The Shawshank Redemption is considered one of the best films of all time in the world and The Green Mile is also at some number in such lists. The film was nominated for 4 Oscars, including Best Picture and Best Supporting Actor (Michael Clarke Duncan), but unfortunately did not win any awards.

The film begins in 1999, where Paul Edge Coomb, a resident of a living home, becomes emotional after watching an old film, Top Hat, and when asked by a colleague, said that the film refreshed his mind with the events of 1935, when He was an officer at The Green Mile, a death row center. The film then goes back to the past where Paul is supervised by 4 officers Brutus Howell, Dan Steinen, Harry Terwilliger, and Percy Whitmore, and there is a prisoner John Coffey who is a 7-foot-tall black man who Two girls have been sentenced to death for rape and murder. There are already two inmates in the prison, one of whom becomes a friend of a rat whom he calls Mr. Jingles, but Percy's attitude is very harsh. John Kofi is to blame, but in reality, he is portrayed as a very gentleman who possesses the amazing power to heal others. He first cures Paul Edge Comb's bladder infection and then miraculously resuscitates Mr. Jingles when Percy kills him.

Seeing these miracles, Paul begins to doubt whether he has really committed heinous crimes with his wife, while a new prisoner begins to cause problems. It would be better to find out what is known in Paul's investigation and what happens next in the film, otherwise, all the fun will be over. But this 189-minute-long film will not let you take your eyes off the screen at any moment and you will not know that such a long time has passed while its end will have such an effect on the mind that it will not be possible to get out of it very soon.

Some interesting facts about “The Green Mile”

Here are some interesting facts about this film:

The main idea of ​​the story was immediately liked by the director and he tried his best to make it as interesting as the novel, so Stephen King released his novel in different parts so that the readers do not go directly to the last page and see it. How the story ended, even the author himself does not know whether his character survives or not. John Trowalta was considered before Tom Hanks for the lead role in the film, but he refused. Tom Hanks wasn't too impressed with the script at first, but he did because he was ready for Forrest Gump. The director was denied the role of redemption, which he regretted. The role of the rat in the film was also very important and 15 trained people were used for this purpose and it took several months to train the film.

John Coffey's role was difficult and it was difficult to find a good actor, but Bruce Wells suggested Michael Clarke Duncan who worked with him at Armageddon. Michael Clarke Duncan was tall, of course, but not as much as the character needed, so he used the right angles, different platforms, and other methods to help him, while the bed was deliberately made smaller to make him feel bigger. 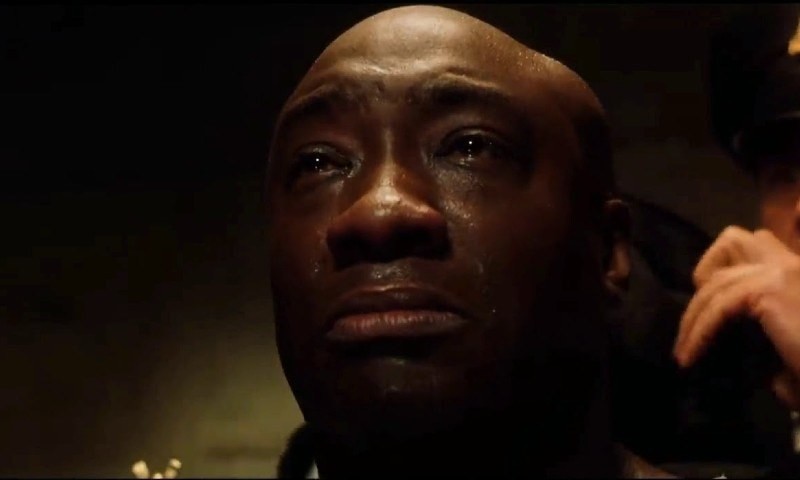 Michael Duncan's performance was so real and powerful that during the filming, the crew members could not stop crying in the closing scenes. Tom Hanks gained weight for this film but also lost weight immediately for the next film Cast Away. Interestingly, in the film, prisoners were executed by electric chairs, but in that era, prisoners were hanged.

Related Posts
Hamza Ali Abbasi Terminated His Netflix Subscription Due to Controversial Film Cuties
The shooting of Saba Qamar and Zahid Ahmed's Movie Ghabrana Nahi Hai was delayed
Apologies of female journalist for tweeting against Ali Zafar on allegations of harassment
IS Wasim Akram ready to Romance with wife on Film Screen?
Fahad Mustafa's Character in the Movie 'Quaid-e-Azam Zindabad' Came to Light
Forbes List of the 10 Highest Earning Actors of 2020
Churails is Coming Soon
34 best Hollywood movies made on successful novels to watch during the lockdown