The world's largest entertainment company (Walt Disney) has shut down the theater based on the famous fantasy animated film 'Frozen' due to the coronavirus.

Due to the coronavirus that started in China in December 2019, however, cinema halls have been closed and shooting of movies has been canceled and Walt Disney has also closed its theme parks.

However, this is the first time that such a large company has announced the closure of a well-known theater play forever. 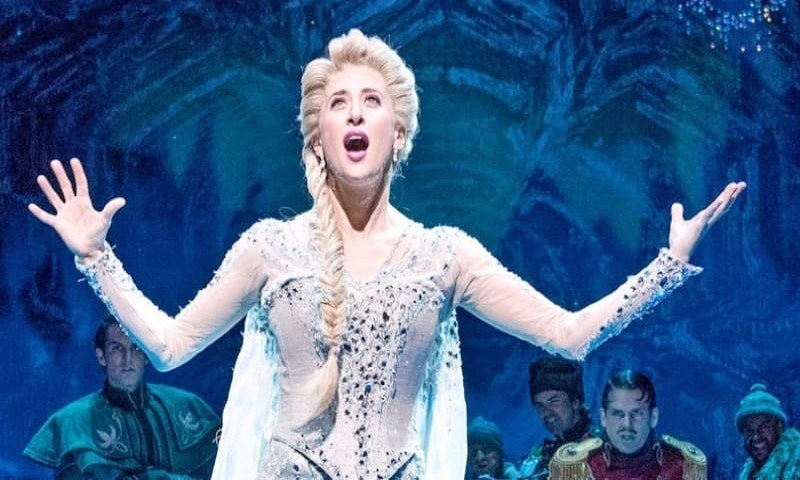 According to Reuters, the Frozen musical Broadway became the first major theater to be infected with the coronavirus, and the Disney administration confirmed it would be closed forever.

The report said that a statement issued by Disney said that the management is sadly informing the fans that the audience will no longer be able to see 'Frozen' in the theater.

'Frozen' was performed in theaters with live music with a huge cast and the show grossed up to 1 million a week, however, it was shut down in March due to Corona and is now a permanent fixture. It was announced to close for.

Disney's 2013 blockbuster fantasy animated film 'Frozen' was shown in the theater, however, the theater was not animated but based on the real cast and the performance of the actors of this theater was also highly appreciated.

The story of 'Frozen' revolves around two princess sisters, Elsa and Anna, one of whom has unique abilities and strengths and runs away from home, but the other sister is seen struggling to bring her back home. ۔

Following the success of 'Frozen', a sequel to the same film was also released in November 2019 and the second film continued the story of the first film.

However, the 'Frozen' musical Broadway Theater in New York was the first film to be released in 2013, which has now been closed forever.

The president of the Disney Theater and the cast of 'Frozen' also lamented the closure of the theater and said that the industry and the authorities should wake up now, the situation has worsened because of Corona.

realme C25 was introduced with a 48MP AI Triple Camera and a 6,000mAh battery