Spenser Confidential is an American action film directed by Peter Berg, released in 2020 exclusively on Netflix. It is an adaptation of the character of private investigator Spenser, created by writer Robert B. Parker and then reprinted by Ace Atkins.

A former Boston police officer, Spenser is released from prison after serving a five-year sentence for assaulting his supervisor, Captain John Boylan. Spenser moves in with an old friend and mentor Henry Cimoli in South Boston. The same evening, John Boylan is assassinated. Spenser is suspected until the body of Lieutenant Terrence Graham is found in his car, which was used to smash Boylan's. Graham is then introduced as the number one suspect, especially since drugs were found at his home.

Spenser is touched by this story and by the grief of Graham's wife. This proclaims the innocence of her husband. Spenser decides to investigate when many want revenge on him in Boston. However, he can count on the help of Henry and Hawk, his roommate at Henry's and also a former prisoner. Spenser also has to deal with his intrusive ex-girlfriend, Cissy. This investigation will uncover extensive corruption within the Boston police.

The screenplay is adapted from Ace Atkins ' novel Wonderland, which takes on the character of Spenser created by Robert B. Parker and appeared in numerous novels, television series (Spenser) and television films (with Joe Mantegna). 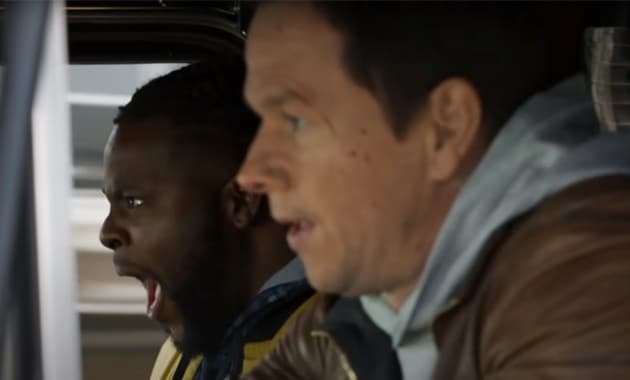 The film receives rather negative reviews. On the American aggregator Rotten Tomatoes, it collects 40% favorable opinions for 43 critics and an average rating of 4.66 ⁄ 10. On Metacritic, it obtains an average score of 48 ⁄ 100 for 17 reviews.

Consequently, the pleasurable appetizer gives way to a bitter aftertaste. Let's not talk about the scenario, sewn with white thread. Without charisma, never representing a real threat, the villains of the film are too quickly identifiable and clumsily put out of harm's way".

In Large Screen, we can read "Obvious pleasure, halfway between the cunning of seventies thrillers and the endearing facilities of the pulps of yesteryear, Spenser Confidential nevertheless suffers from his greed. Spread over 110 minutes, the film takes too much time, and reveals a number of perfectly dispensable, soft little bellies, especially when the script never tries to renew a hackneyed canvas. A length that is all the more superfluous as the film is a little stingy in action".

The reviewer of the Melty site points to a scenario "a little confused" but writes that "the sustained pace of the action makes it possible to spend two very entertaining hours. This adaptation of the novels of Robert B. Parker lacks a little subtlety; the investigation carried out by the main character prevents to be bored a single second. As for the chemistry between the two main actors, it is as obvious as it is enjoyable, and we follow with pleasure the evolution of their duo, the first antagonist then accomplice in adversity".

Related Posts
India: 'Mirzapur 2' Boycott Campaign Due to Tweet of Muslim Actor
Best Cartoon Movies All the Time for Kids
Netflix Announces Release of Record 70 Hollywood Movies This Year
The Man With 8 Faces Who Turned Millions of Minds "Catch Me If You Can"
The Shooting of 'Ghabrana Nahi Hai' Is Also Going on in Corona
Aashir Wajahat and Romaisa Khan's film 'John' announced to be released soon
Release of 25th James Bond movie postponed till October 2021
The first trailer of the first Pakistani superhero girl series 'Miss Marvel' has been released