Preparations to Make a Film on Qandil Baloch in Bollywood

There are reports that Bollywood's award-winning filmmaker Nakrita Shrivastava will make a film on the life of slain social media star Qandeel Baloch, known as Pakistan's Kim Kardashian. Qandeel Baloch was assassinated by his brother Wasim on July 15, 2016, in the name of honor. Books have also been written on the life and murder of Qandeel Baloch and a Bollywood film will now be made on the book written by Sanam Mehr on his life.

American showbiz website Variety reports that filmmaker Nakrita Shrivastava and producer Sunni Khanna have bought the copyright to a book on the life of Qandeel Baloch, on which they will make a film. 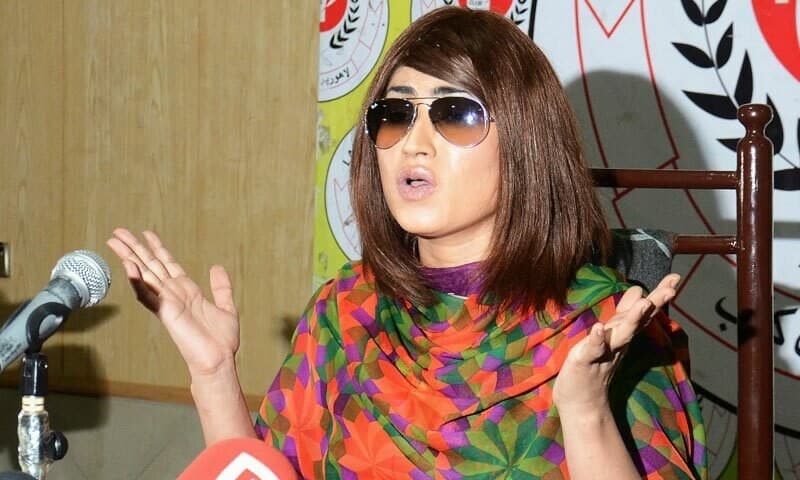 The report said that the story of the film made on Qandeel Baloch would be derived from the English book 'Sensational Life and Death of Qandeel Baloch' written on his life. The film will be produced by Sunny Khanna and possibly written by Alnkrita Shrivastava. Nakrita Shrivastava has previously made films like "Lipstick Under My Burqa, Bombay Begum, Dolly, Kitty, and the Flintering Stars, and the Lost Moon".

Al-Nikrita Shrivastava is best known for her portrayal of female protagonists or films that highlight women's issues. It is not yet clear when the film on Qandeel Baloch's life will be released and which actress will be cast for the role of the Pakistani social media star. Qandeel Baloch was also called the first social media star of Pakistan, who was famous for his bold clothes and life.

His brother was also sentenced to death for the murder of Qandeel Baloch but was acquitted by a court in February this year after his father pardoned his son. The government of Pakistan had also decided to file a petition against the acquittal of Qandeel Baloch's killer brother while the people had also expressed anger over his acquittal.

First case of Corona virus in Afghanistan after China, India and Iran

The BRT project got a permanent project director after 3 months

Related Posts
Sohai Ali Abro cut her hair for a Hollywood movie "The Window"
The New Releasing Film Parey Hut Love
IS Wasim Akram ready to Romance with wife on Film Screen?
After a five-year delay, the teaser of 'Rehbra' is released, announced to be released in June
What Does the Love of Watching Horror Movies Say About Personality?
The trailer of Shaan Shahid's film 'Zarrar' released
Sajal Aly Is Busy Shooting for Jemima's Film "What's Love Got To Do With It"
Premiere of Javed Iqbal: The Untold Story of a Serial Killer