Is the Oscar-winning 'Parasite' is Copy of Tamil movie?

This month, the United States made a new history by winning four major awards at the Oscar Awards, the world's premier and leading film.

"Parasite" is a South Korean film and was filmed in Korean, the film was nominated for an Oscar Award for "Foreign" category.

At the same time, 'Parasite' was awarded the Best Director and Best Screenplay Award. 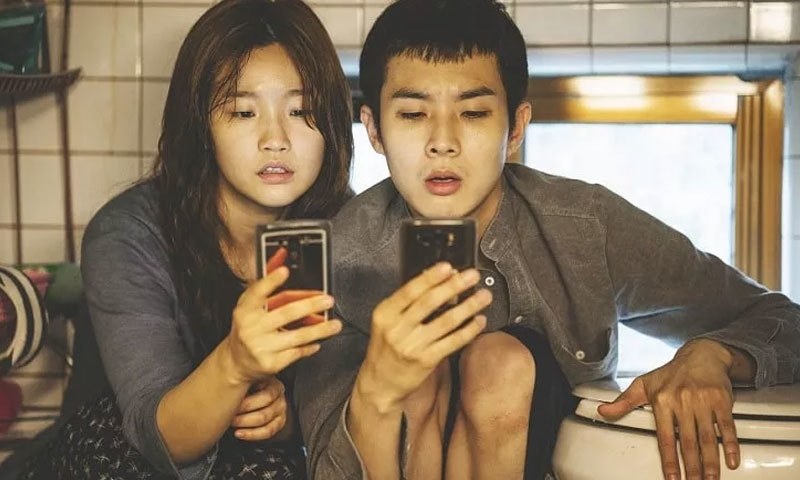 Parasite won 4 Oscar Awards - screenshot
But now, an Indian filmmaker has filed a claim on Oscar-winning and record-making team for damages against him, accusing him of stealing the story.

According to the Indian website, First Post, Tamil film producer, PL Thapan has claimed that South Korean film 'Parasite' is a copy of his 1999 film.

He said the story of 'Parasite' was inspired by the story of his film 'Mansara Kana' and he will now take legal action against the South Korean film team.

Tamil film producer PL Thapan said he would file a claim against the South Korean film team for copying the story.

He said he would prosecute the South Korean team's film with the help of a global law firm, but did not say how long he would go to court against the 'Parasite' film.

The Tamil filmmaker didn't even specify where he would file a lawsuit against the South Korean film team.

Be aware that the movie 'Parasite', released last year revolves around the lives of two families, the film depicts one rich and the other poor.

In this film, all four of the poorer families, namely, get jobs in other rich families and thus their identity is lost.

In the film where comedy is depicted, it also brings up issues like a class system and the unfair distribution of resources.

The Tamil filmmaker PL Thapaan's 1999 release 'Mansara Kana' also featured two families, but the story of the film was not the same as the South Korean film.

The main protagonist of a Tamil movie is a very rich boy who talks about having a family after getting a job in a girl's house to get a girl from another family.

On the other hand, the Indian newspaper 'Deccan Chronicle' reported in its report that Indian Twitter users criticized the Tamil filmmaker's claim and said that the story of the South Korean film is different from his.

Indian social media users said that the issue of a class system was exposed in the South Korean film while the Tamil film featured only comedy and romance and the two have a different story.

Related Posts
The Wait Is Over, a Glimpse of Sahana Khan and Khushi Kapoor's First Film Has Surfaced
James Bond's new movie "No Time To Die" Possibility to sell streaming Sites
The first trailer of the thriller Hollywood film, 'Fast and Furious 9' has been released
The Top Five James Bond Movies You Must See If You Are a Huge Fan of Agent 007
Pakistan Wants to Make a Joint Film and Drama With Saudi Arabia
'The Kashmir Files': Bollywood film incites hatred against Muslims in India
Aashir Wajahat and Romaisa Khan's film 'John' announced to be released soon
Hollywood Studios Announces Online Release of All Movies Next Year