Have You Seen This Mind-Boggling Movie? "Looper"

Traveling to the future or the past in time is a long-held human dream that is often researched by scientists.

However, as far as movies are concerned, human beings have realized this dream, and time travel has been shown in various stories on the big screen. There are many films but few that can be considered the best, one of which is Looper which was released in 2012, directed by Ryan Johnson. It stars Joseph Gordon-Levitt and Bruce Willis, who are, in fact, the same person who is a serial killer.

The story from 2044 to 2070 shows that in the future criminals send their victims to the past where their operatives kill them so that the government cannot take action against them.

His story is very interesting which does not take his eyes off the screen and those who like action and science fiction movies should definitely watch it.

The story of the film revolves around a so-called assassin and a former assassin who are in fact the same, with only three decades of experience and shapes. The film begins with the young Joe and shows the time of 2044 when time travel was not successful but it has happened in the next 30 years, but it is declared illegal. But in the future, it will be very difficult for criminal organizations to dispose of corpses, so they send their targets in 2044, where Joe and other loopers kill them and make them disappear, and in the future, their record disappears. 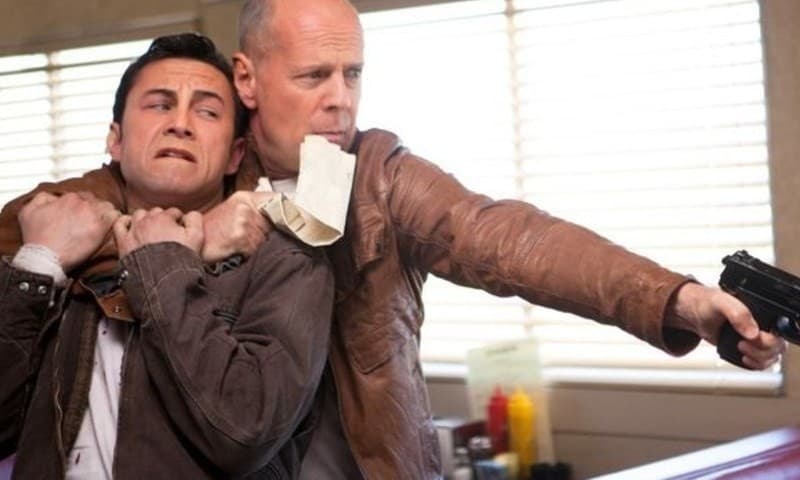 But there is a loophole in it and that is that the future personality of these loopers is also killed by these criminal organizations by sending them to the past, after which the looper who killed him understands that he has retired and the future the year (until he is sent back to kill) can pass peacefully.

So, the young Joe meets the old Joe, and the old Joe escapes, after which the young Fu has to find him and kill him, while the old Joe has to keep his young personality alive because of his death. The goal is to end the existence of old barley. If you're still not dizzy, the director complicates the story, with the wife of an elderly Joe being killed by a mysterious crime lord, Rain Maker, and after reaching the past, who killed this mysterious figure in his childhood. He wants to save his wife, but the young man falls in love with the child's mother and is determined to save her. 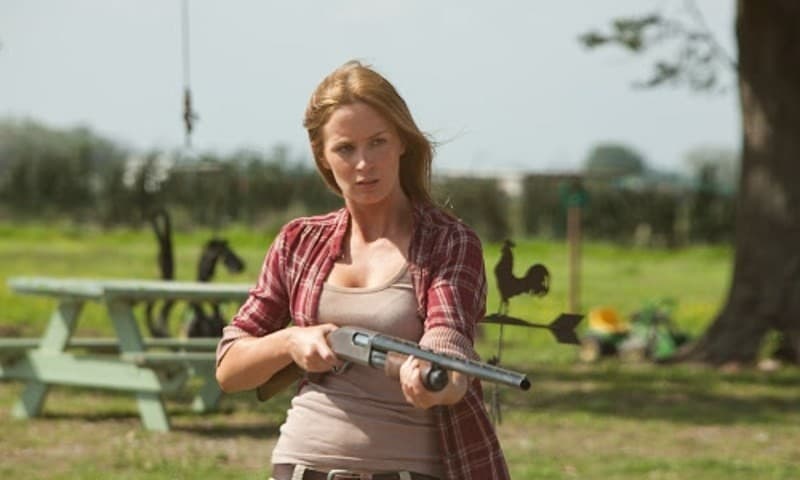 Who succeeds and who fails in this, you will know only by watching it but believe me, even after watching the film, there will be many questions in mind while the end will be confusing?

A few things behind the movie

This is a really amazing movie and after knowing some interesting details about it, you will be more impressed to watch it. It was director Ryan Johnson's third film, but the idea had been on his mind for a long time, and while making it, he took ideas from various time travel films such as Terminator and 12 Monkeys.

An interesting aspect of the film was that Bruce Willis and Joseph Gordon played the same roles and it was important for them to look alike, to convince the audience that young and old are the same person. The director first considered giving both roles to Joseph Gordon, but Joseph Gordon persuaded him to use a famous old actor and also told him about a make-up artist who introduced him as a young Bruce Willis. 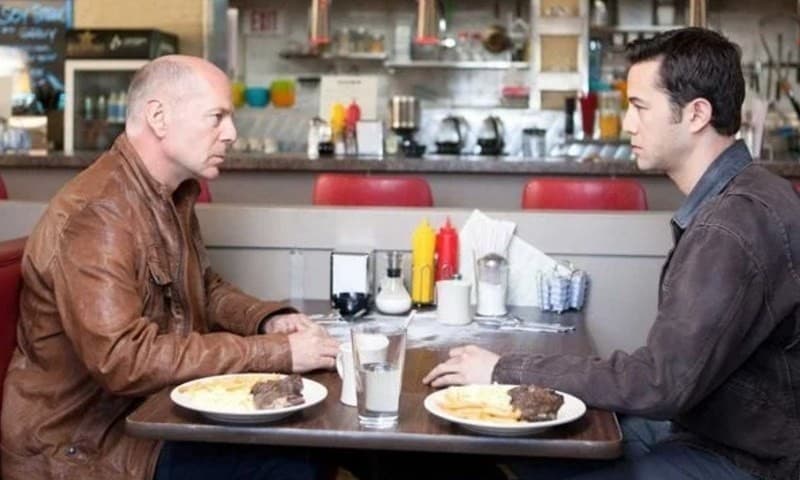 Joseph Gordon used to wear make-up for 4 hours a day for this purpose while the actor watched old Bruce Willis films so that he could imitate them successfully. One of the best scenes in the film is when the two characters meet for the first time at the dinner table and discuss time-travel with the old man on the steps to protect the future of the elderly, instead of the hotel for this purpose. This table was set up on the set.

Excessive fatigue at all times increases the risk of lethal disease

Related Posts
Netflix Announces Release of Record 70 Hollywood Movies This Year
The Movie "Parwaaz Hai Junoon" Will Be Released in China Next Month
The trailer of 'The Politics of Climate Change' has been released
Despite Corona's Ban, 'Spider-man: No Way Home' Set a Record of Billion
Hollywood Movie to Be Released Despite the Epidemic, 'Tenet' Managed to Make 280 Million Business
Shaan Shahid Announces Release of Film "Zarar" This Year
The Shawshank Redemption: The Movie Whose Magic is Still Expressing 26 Years Later
Salman Khan Announces to Release Film 'Radhe' on Eid