In December 2019, due to fear of the 'corona virus' spreading from China to the world where educational institutions were closed in Sindh province and Balochistan province, large gatherings of religious worship were held in countries like Saudi Arabia and Iran. Was also temporarily cancelled.

Likewise in other European countries Italy, sports matches in other countries including football matches were cancelled, while Vatican City also postponed a significant economic meeting of Christians.

In France, Germany, the US and the UK, many events and events have been postponed or cancelled due to fears of the outbreak of the Corona virus, while the virus has also negatively affected stock markets around the world.

The release of the 25th film of the famous spy Hollywood movie series 'James Bond', which came under the threat of 'Coronavirus', was also delayed.

Yes, James Bond's upcoming 25th film, "No Time To Die", is slated to release in April next month.

MGM, Universal and Bond producers, Michael G. Wilson and Barbara Broccoli, announced today that after careful consideration and thorough evaluation of the global theatrical marketplace, the release of NO TIME TO DIE will be postponed until November 2020. pic.twitter.com/a9h1RP5OKd

The film team confirmed on the official Twitter handle of the film that the film's producers postponed the release of 'No Time to Day' in view of precautionary measures taken in cinemas around the world.

The tweet confirmed that the release of James Bond's upcoming movie was delayed until November this year. 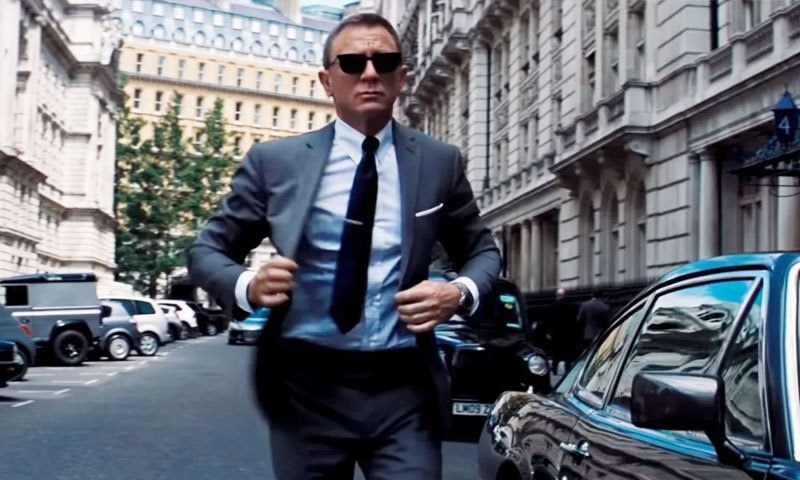 Daniel Craig will also play a detective this time - screenshot
In this regard, the news agency [AFP] reported that the producers of the Shafaq Film Series cancelled the film's release due to fear of the rapidly spreading 'coronavirus' worldwide.

The report said that 'No Time to Die' was to be released in cinemas around the world at the beginning of April next month and after the US, but now the film is released seven months later in November this year.

No time to die Coronavirus

Fear of Epidemic Ends, Hollywood Movie 'Tenet' Announced to Be Released in 70 Countries