While cinema halls have been closed since March 2020 due to the Corona epidemic that spread across the world since December 2019, Warner Bros., a well-known Hollywood production house, recently announced the worldwide release of the film 'Tenet' from August 26.

Although partial lockdowns are still in place in many parts of the world and cinema halls are still closed in many countries, Warner Bros has announced that 'Tenet' will be released in 70 countries in a row from the end of this month.

The Disney Plus website is the company's own subscription website, where many of the studio's films have been released. However, this will be the first time that a Disney mega-budget film will be released directly on the website. The Disney Plus web streaming website does not provide service in many countries and according to the company, in countries where the website does not run, the film will be released in cinema halls later.

But due to the lack of Corona cases worldwide, Disney announced in late July that it would not release 'Mulan' indefinitely and now the company has announced that the film will be released online. Mulan is actually a remake of the 1998 film Mulan, which revolves around the bravery of a Chinese warrior. 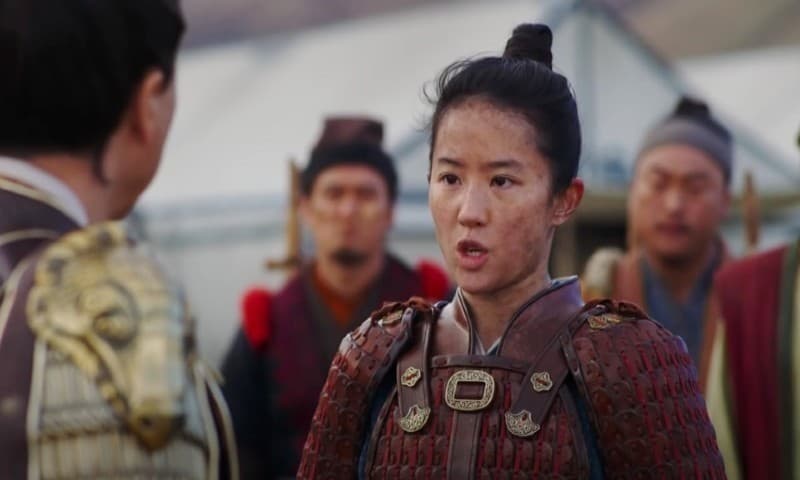 Mullen's Live Action is directed by Nicki Minaj and is based on a historical poem written by Rick Jaffa, Amanda Silver, Elizabeth Martin, and Lauren Harnick. The story of the film revolves around a Chinese warrior girl named Mulan, who was a real Chinese warrior woman. The story of the film revolves around the life of Hua Mulan, a Chinese martial arts expert and warrior woman in the fifth century, who fought various wars for 25 years.

Hua Mulan is said to have mastered various styles of Chinese martial arts. The role of the warrior woman is played by the Chinese actress Liu Yifei. The trailer of the film was released only last year. The trailer of the film shows Chinese actress Liu Yifei playing the role of a Chinese warrior girl and subduing enemies with swords.

The trailer shows that Hua Mullan's house is trained in such a way that she becomes a fighter when she is young and teaches a lesson to her rivals.

Related Posts
The Release of 'The Batman' Postponed Until 2022
The First Trailer of Robert Pattinson's Movie 'The Batman' Has Been Released
Hamza Ali Abbasi Terminated His Netflix Subscription Due to Controversial Film Cuties
Spenser Confidential Movie – Reviews, Cast, Release Date, Production, Trailer
"London Nai Jaon Ga" Is Likely to Be Released in Turkey
'The Kashmir Files': Bollywood film incites hatred against Muslims in India
West Side Story 2021 Movie Review, Trailer, Filming, Cast and Release Date
Another story of the blockbuster novel 'Twilight' is ready to come out