Singapore has banned the controversial and anti-Muslim Bollywood film The Kashmir Files, released in March this year. According to Reuters, the Singapore government has stated to the media that the story of The Kashmir Files could lead to hatred and conflict between different communities, leading to its ban.

The statement clarified that the film has unilaterally portrayed Muslims in provocative roles and that the recent role of Hindus in occupied Kashmir has not been portrayed. According to the Singapore government, the film's story can affect the multicultural atmosphere there, and the film could affect religious and social harmony there. 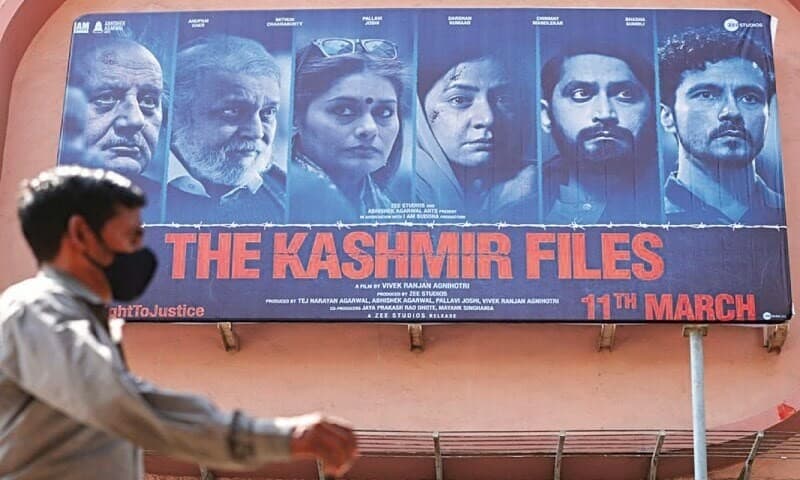 The city-state of Singapore has a population of 5.5 million, mostly Chinese, but it also has a large population of Hindus and Muslims. The film was criticized by other countries, including Pakistan before the Singapore government banned The Kashmir Files. The film itself was criticized by Indian audiences, actors, and filmmakers, and its release saw an increase in anti-Muslim hatred in India. The Kashmir Files was released in early March and was protested by enlightened Hindus, including Muslims, in India.

The film stars senior actors like Anupam Kher and Mithan Chakraborty as Kashmiri Pandits. Vivek Ranjan writes the film's story, and he has directed it while also its producer. Vivek Ranjan's wife, actress Palvi Joshi has also played an important role in the film, in which she has been portrayed as a Pakistani pawn.

Related Posts
Prime's Latest Short Film 'Pehli Wali' Is Led by Jaggan Kazim and Umair Rana
The New Releasing Film Parey Hut Love
Hamza Ali Abbasi Terminated His Netflix Subscription Due to Controversial Film Cuties
After "Spider-Man", Now We Are Preparing to Make "Spider-Woman"
Selection of an Israeli Actress for a Film About the Life of 'Qulu Patra'
Chadwick Bosman's Latest Film is About the Exploitation of Black People
The Man With 8 Faces Who Turned Millions of Minds "Catch Me If You Can"
Netflix Series Ratched - Review, Storyline, Cast, Release Date