The second sequel of the comedy-filled classic Bollywood comedy 'Hira Pheri' has been officially announced to be released soon.

The film's producer Feroz Nadiadwala has given the good news to the moviegoers who are enjoying the memes of the famous film that Akshay Kumar, Sunil Shetty, and Paresh Rawal's brilliant acting and comedy are going to be the third part of the film.

In an interview with 'Bollywood Hungama,' Feroz Nadiadwala confirmed that he is working on Manipulation 3, in which the original cast Paresh Rawal, Akshay Kumar, and Sunil Shetty will be seen playing their roles again.

In his interview, he said that the story is in place, and we are working on it; we cannot underestimate the achievements of the past, so we have to be more careful in terms of the story, screenplay, and characters of the film.

He did not elaborate but indicated that he had already shortlisted a director for the next sequel and would make an official announcement soon.

The first part of the film was directed by Priya Darshan, while 'Phar Hira Phiri' was written and directed by Neeraj Vohra.

Feroz Nadiadwala said that the team had started work on Manipulation 3 in 2014, but the production had to be stopped due to Neeraj Vohra's illness.

There were reports that John Abraham and Abhishek Bachchan would be seen playing the lead roles in the film. 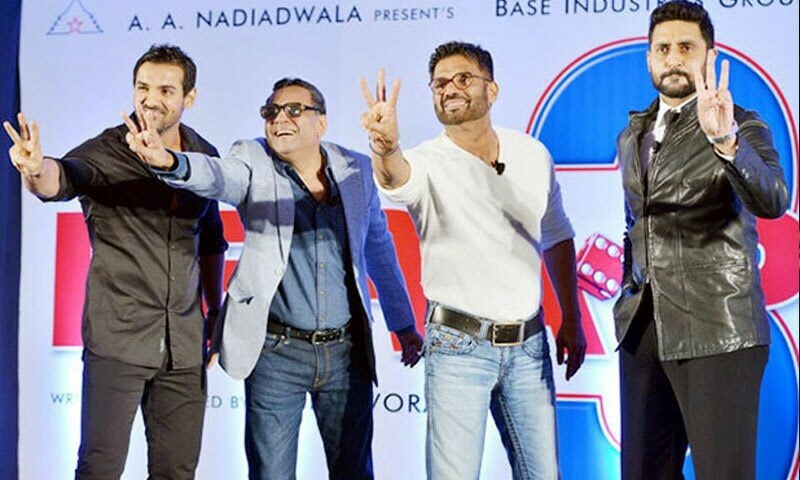 Feroz Nadiadwala said that the new sequel of the film would have a lot of changes in terms of story and character.

The film producer added that he has no objection to making the fourth and fifth parts of the manipulation franchise, which will be even better than the last parts of the film.

Apart from the fans of the films, the fans who were enjoying the memes of the film on social media were also eagerly waiting for its sequel.

Consumers also expressed happiness that new memes will be found with the new sequel of the film.

Some users also recalled the last scene of 'Phar Hira Hiri' in which Raju (Akshay Kumar) goes to throw guns worth crores of rupees into the river while Shyam (Sunil Shetty) and Babu Rao (Paresh Rawal) try to explain it. Let's try to call that he has a chance to become a millionaire, but this is where the film ends.

Most Thrilled ending in the History of Indian Cinema..#HeraPheri3 pic.twitter.com/ZgZxBd6V0S

Related Posts
India: 'Mirzapur 2' Boycott Campaign Due to Tweet of Muslim Actor
Frozen 2 Animated Film, Released Worldwide on November 22, 2019
'Fruit Chaat' a short film based on the unique story of a wheelchair girl
"London Nai Jaon Ga" Is Likely to Be Released in Turkey
"The Green Mile" A Heartwarming Movie That Is a Must Watch
Controversial Bollywood Film 'the Kashmir Files' Banned in Singapore
Churails is Coming Soon
IS Wasim Akram ready to Romance with wife on Film Screen?