The Associated Press (AP) said in a commentary on 'Ma Rainy, Black Bottom' that watching the film refreshed the memories of Chadwick Boseman's brilliant performance, but in the last film he played a slightly different role than the rest of the films. Paid 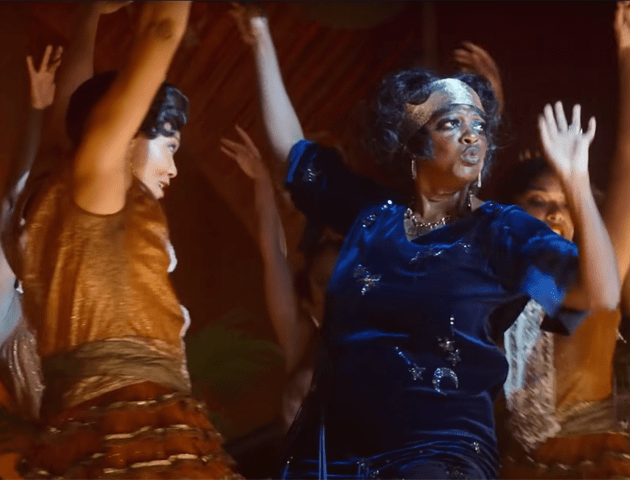 Due to some bold scenes in the film, it was given an R-rated certificate - screenshot

In Ma Rainey’s Black Bottom, Chadwick Boseman plays a pianist member of a black musical band and his performances are well received. The story of 'Ma Rainey’s Black Bottom' revolves around the musical career of the famous African-American singer Ma Rainey. Ma Renee was born in 1885 in the American state of Georgia to a black family of African descent, whose ancestors were brought to the United States as slaves.

The film's main story revolves around the exploitation of black people born into slave families in the United States in the 19th century, but the film depicts mostly exploited, musicians. The story of Ma Rainey’s Black Bottom dates back to the 1920s when blues music was gaining ground in the United States.

According to the AP, the extremely bold language was used in the film, while 'Ma Rainey’s Black Bottom' was issued a 'Restricted Certificate' for showing ill-treatment and violence against black people in the film. 'R-Certificate' is issued to films that show violence and pornography.

Related Posts
Full of action and romance, the 'Tich Button' teaser is Released
Is the Upcoming Pakistani Film '50 Crore' a Copy of the Web Series 'Money Heist'?
Discussion of the Native Costume of a Pakistani-born Superhero in "Eternal"
Salman Khan Announces to Release Film 'Radhe' on Eid
Release of upcoming movies Spider-Man, Thor series postponed
Marvel Heros Paid Tribute to the Late Chadwick Boseman Ahead of His Hero for the Ages Honor at the MTV Awards
Robert Pattinson, Infected With the Corona Virus, Has Stopped Shooting of 'The Batman'
Fahad Mustafa's Character in the Movie 'Quaid-e-Azam Zindabad' Came to Light