Black Panther Actor Chadwick Bosman Has Died due to Cancer

Chadwick Bosman, the actor in the Hollywood blockbuster film Black Panther, has died at the age of 43 after a long battle with cancer.

Chadwick Bosman died at his home in Los Angeles, where his wife and other family members were with him. A statement from his family's social networking site, Twitter, said: "We are deeply saddened to learn that Chadwick Bosman is no longer with us.

Chadwick Bosman was diagnosed with stage III colon cancer in 2016, which has reached stage IV over time, according to a statement released on Twitter. The statement further said that he was a real fighter and during this time he brought many films for you which you all liked very much. The family said that from Marshall to Da 5 Bloods, Minerals Black Bottom and many other films were shot between countless surgeries and chemotherapy.

It was added that bringing back the role of King T. Chala in Black Panther was an honour for his career. It said that the actor's family is grateful for your love and prayers and requests that their privacy is respected during this difficult time. It should be noted that Chadwick Bosman never spoke publicly about his illness. Among the mourners are his parents and wife. Chadwick did not have children. 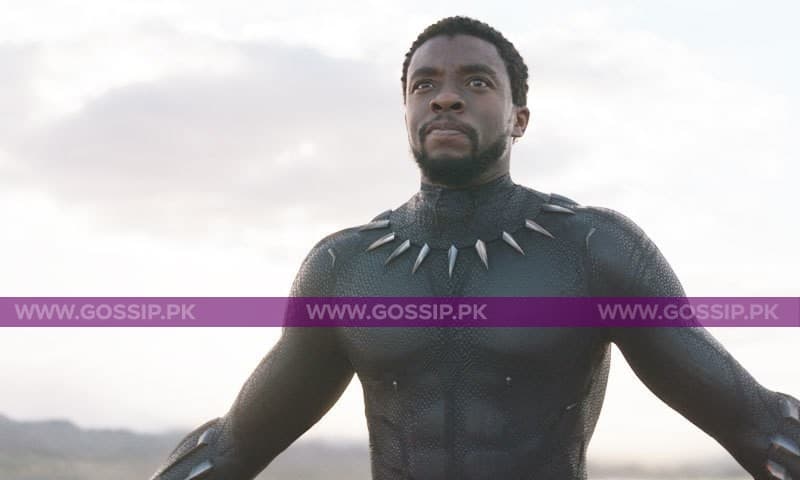 He was born in South Carolina, graduated from Harvard University and began his career in television in 2013 with small roles, according to the AP. Chadwick Bosman starred in TV shows before the film, such as ABC's Family Lincoln Heights and NBC's Person in Nine, but before 42, he worked for The Express. He made a name for himself in Hollywood by playing the role of Jackie Robinson, a well-known baseball player, in 42, released in 2013, a role that made him a star.

A year later, in 2014, he played the role of musician James Brown in 'Gain on Up'. The most memorable of Chadwick Bosman's films was Black Panther, released in 2018.

He died on a day when the league was celebrating the day of baseball Jackie Robinson. On the death of the actor, the league said in a tweet that his brilliant performance in "42" will pass the story of Jackie Robinson to future generations. The death of Chadwick Bosman was mourned by fellow actors, athletes, musicians, Hollywood fans and politicians.

"I have no words to express my grief over Chadwick's departure," said Vola Davis. Actor and director Jordan Pele, on the other hand, tweeted that it was a big blow. Disney executive chairman Bob Eger called Chadwick Bosman "extraordinary talent and a very gentleman" and said he made his role in the Black Panther movie very powerful and deep.

Democratic presidential candidate Joe Biden tweeted that Chadwick Bosman influenced generations and showed them that he could desire anything, even superheroes.

His role was introduced in Captain America: Civil War and 'Wakanda for Ever' in 2016 and became world-famous after the release of Black Panther 2 years ago.

Speaking to the AP after the release of Black Panther, Chadwick Bosman said, "I don't think the world was ready for 'Black Panther' socially and politically before, it wasn't ready for it."

Related Posts
Pakistani short film 'Darling', nominated for American Film Award
Now this Eid Enjoy the Pakistani Movie Heer Maan ja in Cinema’s
Films Will Be Released on This Eid Two Years Later
Netflix Series Ratched - Review, Storyline, Cast, Release Date
After a five-year delay, the teaser of 'Rehbra' is released, announced to be released in June
30 life inspiring Hollywood movies, If you never want to give up, watch these Movies
How Can a Girl From Karachi Become 'Miss Marvel'?
Forbes List of the 10 Highest Earning Actors of 2020