Dolphin Reef is an American documentary film about the dolphins. This movie is directed by Alastair Fothergill and Keith Scholey.  It is a nature documentary released under the Disney nature label. The film was released on 28 March 2018.  The movie is in the English language. Its running time is 78 minutes. The music is composed by Steven Price.  The theme of this film is that 'Children should listen to their parents'. The producer said that It was clear that a mother and young Dolphin react is that the mother is truly the supervisor, and she is responsible, Post-weaning, to bring a  male or female young. Natalie Portman works as the Narrator of the Movie.

Bambi is a Cartoon movie of a young Fawn who is chosen to become the next prince of the forest, just like his father. He learns about love, friendship, and how to protect his loved ones while living in the forest.  David Hand, Samuel Armstrong, James Algar are the directors of the movie.  The movie released on 8 august 1942but still, this is an all-time favorite cartoon movie for children. The movie is produced by Walt Disney Production. 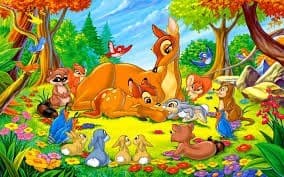 Monsters, Inc. is an American  Computer-animated  Comedy film of two Monsters. The movie is produced by the  Pixar Animation Studios, and the film is directed by  Pete Doctor. The movie is released on 28 October 2001. The running time of the movie is  92 mints. The movie is about two monsters, and they produce a factory of monsters which generates power by scaring human children. All monsters believe that children are toxic, and one day a small child enters the factory, both the monsters thought to return her home at any cost before it is too late.

Aladdin is an animated fantasy film. The film is produced and directed by Ron Clements and John Musker. The movie is in the English language and released on 25 November 1992.  The film is about a boy who lived in a village and one day he finds a magic lamp that contains a genie. Aladdin disguises himself as a wealthy prince, always helps the needy people, and tries to impress the Sultan and his princess. It was the highest-grossing film in 1992 and still the best movie. The running time of the movie is 90 minutes. 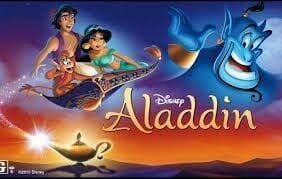 Zootopia is a 3D  computer-animated and comedy cartoon film.    Walt  Disney  Animation Studios produced the film. The super great film is directed by  Byron Howard and Rich Moore.  The film is released on 13 February  2016. The running time of the film is 108 minutes.  It is the Movie of Mammals (rabbits) and who want to become a police officer, and about a fox, they did a partnership to uncover a criminal conspiracy. 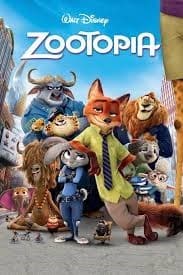 Inside Out is an American 3D computer-animated and comedy film. The film is produced by Pixar Animation Studio. The film was directed by Pete Doctor. The movie is released on 18 May 2015. The running time is   94 minutes.  The film is set on a girl's mind where five emotions Joy, Sadness, Anger, Fear, and Disgust, try to lead her through life. Her experiences become memories in colored orbs that are sent into long-term memory every night. This film received a lot of awards like  Golden Globe Award, Critics' Choice Award, Satellite Award, and Academy Award for Best Animated Feature.

Moana is a 3D computer-animated musical adventure film. Walt Disney Animation Studios produced the film. The film is released on 14 November 2016 and directed by Ron Clements, John Musker. This movie is a journey of a girl who teaches an important lesson about Self-reliance and honoring one's identity. Moana is a teenage girl who always worried about her people's survival. She went on a daring mission, and there she meets a very greedy crab and a host of other creatures. 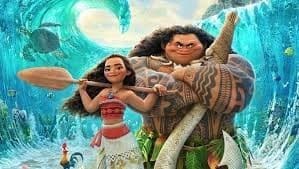 Tangled is released on 14 November 2010, it is an Animated adventure film. The film is produced by  Walt Disney Animation Studios.  Movie running time is 100 minutes and directed by Nathan  Greno and Byron Howard.  This Movie is the Classic Rapunzel fairy tale story who wants to leave her boring life in the town.  Then she decided to escapes with an outlaw girl. She knows many truths about her real family, and she knows that her strengths have no limits with or without her hair. 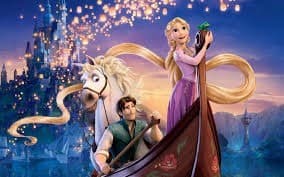 Frozen is an American computer-animated musical fantasy film. The film is produced by Walt Disney Animation Studios.  Frozen is released on 19 November 2013.  The running time of the movie is 102 minutes.  Chris Buck and Jennifer Lee directed the movie. This is the story of two sisters. One sister is a Snow Queen who can change anything or anyone into ice. She always hides from the world, but she wants to go out and want to meet the people and want to see new things. 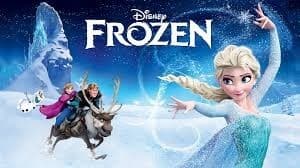 Coco is released on 20 October 2017. It is an Animated 3D  fantasy film. The film is produced by  Pixar Animation Studios. Movie running time is 105 minutes. Coco is directed by  Lee Unkrich. This movie is about a boy who is forbidden by his family and relatives to play music. The boy wants to become a musician. One day the boy magically transported to the land of the dead, and there he learns a lot of things, gets many adventures, learns about love and traditions. This film gets 2 Oscars for best-animated film. 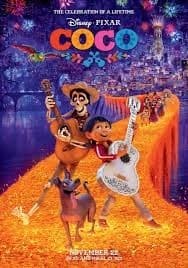 Cinderella is a romantic fantasy film. The film is directed by  Kenneth Branagh.  The Movie Cinderella is produced by Simon Kinberg. The movie is released on 13 March  2015. The running time of the movie is  106 minutes.  Cinderella tells the story of a sweet girl who falls in love with a prince, but there is an evil stepmother who doesn't want to meet both of them. This story is an all-time favorite cartoon movie for all the children; that's why this film gets many awards. 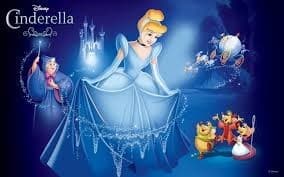 Minions is a computer-animated comedy film.  The film is released on 11 June 2015 and directed by Pierre Coffin, and The Movie is produced by  Chris  Meledandri. The running time of the movie is  91 minutes.  This movie is liked all over the world, and so much it has a further two parts. This Movie is the story of small yellow-colored creatures named minions, which exist only to serve the history's most despicable masters.  It is also released in the U.S on 10 July 2015. 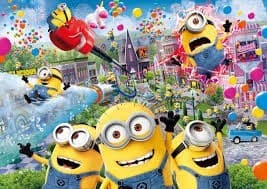 The movie is released on 17 November 1989, but still, this is an all-time favorite cartoon movie of children.  This was the animated  Romantic fantasy movie.  The film is produced by Walt Disney Pictures.  The picture is directed by  Ron  Clements and  John  Musker. This is a story of a young mermaid under the sea, the mermaid fells in love with a prince and she want to become a human, so she makes a deal with the evil sea witch and decided to go on land.

Related Posts
Turkish movie Miracle in Cell No. 7 release in Pakistani cinemas First Time
The thrilling trailer for 'A Quiet Place' Sequel Reveals
What Does the Love of Watching Horror Movies Say About Personality?
Another story of the blockbuster novel 'Twilight' is ready to come out
The Film '76 Days', Based on the Coronavirus Center in Wuhan, is Ready to Release.
The 9-year-old movie's popularity with the Corona virus increases
Shooting of Fawad and Mahira Khan's Romantic Film 'Neelofar' Completed
Pakistan Wants to Make a Joint Film and Drama With Saudi Arabia