Apparently watching this film with a simple story doesn't feel special, of course, the work of the actors is amazing but the plot doesn't feel special. But when the film comes to an end, this common story takes such a turn that the mind wanders, and then it becomes clear how ordinary the story we saw is amazing.

That is why this film is now considered as one of the best twists ending films in the world and those who are interested in thriller and curiosity movies should definitely watch it. The film is “The Usual Suspects”, released in 1995, directed by Brian Singer and starring Kevin Spicy, Gabriel Bryan, Benicio del Toro, Stephen Baldwin, and Chase Parliamentary.

The story of the film is based on 'Who is Kaiser Susie', the answer to which the viewer has to find out for himself. The film's story won him two Oscars, one for Best Supporting Actor, won by Kevin Spicy, and the other for the storyteller, Christopher Macquarie.

Story of The Usual Suspects The story of the film revolves around 5 petty criminals Diane Keaton (Gabriel Bryan), Verbal Kant (Kevin Spicy), Michael McManus (Stephen Baldwin), Fred Fenster (Benicio del Toro), and Todd Hockney (Kevin Pollock). They meet for the first time when the police gather them during the investigation of a case and then together, they plan a crime.

Success leads them to another incident, after which the situation worsens and they have to work for a mysterious culprit, Kaiser Suzy, who never comes to light but is controlled by his attorney Kobayashi. The story of the film runs in a flashback to the Verbal County police and a customs agent there telling Dave Kojan everything because he is the only surviving member of his gang.

Verbal Kant suffers from a physical disability in which one arm and leg do not work and he says that he comes from a boat of Argentine dealers to snatch millions of dollars’ worth of drugs, yes everyone else is killed. At the end of the story, Dave Kojan assures Verbal Kant that it was Dan Keaton who was Kaiser Susie and managed to deceive everyone. 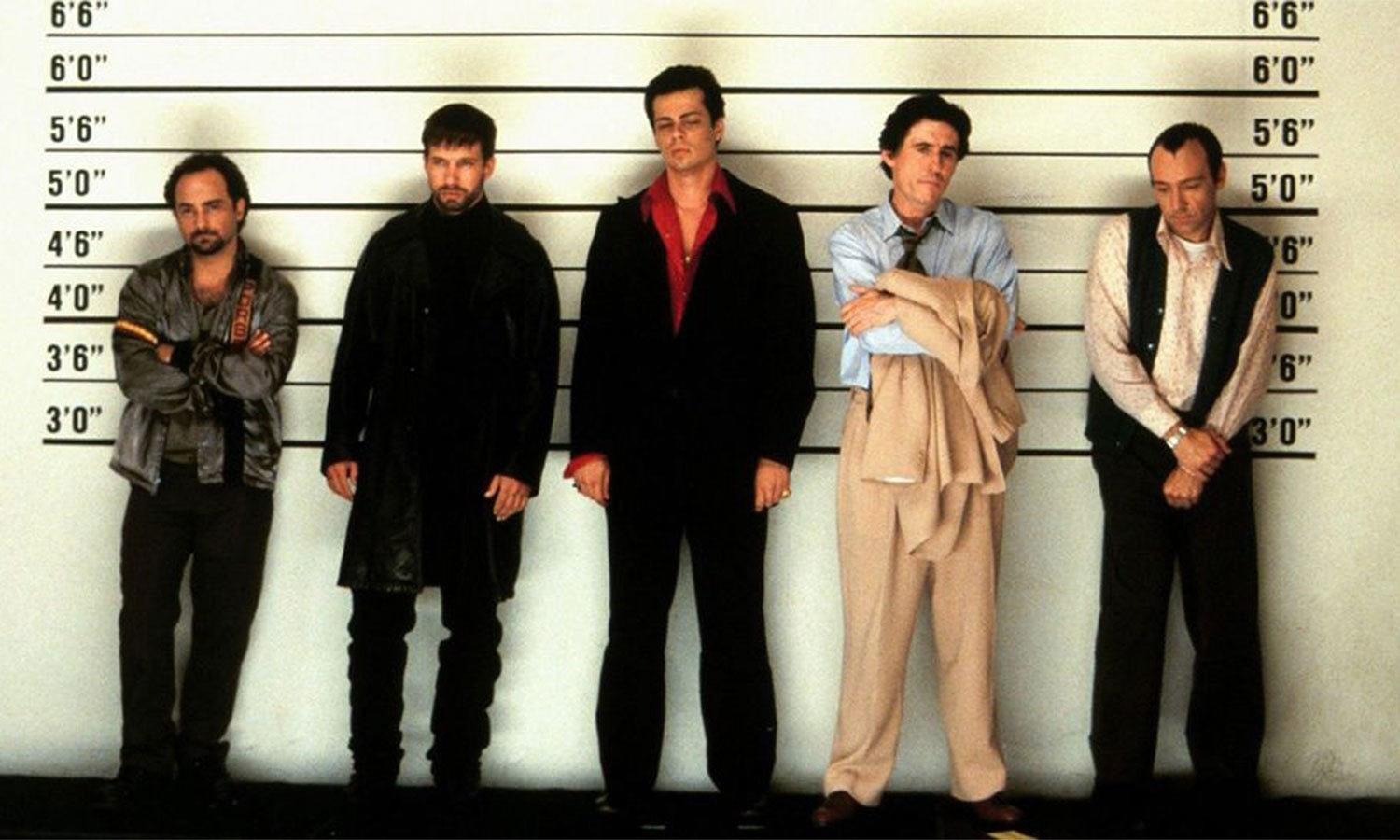 The emotionally dispersed Kent leaves the police station and Agent Kojan thinks he has solved the case. But this is not the end, but there is a shock that can force you to look at the answers hidden in the story of this film many times. In fact, there are many questions that are still a mystery to viewers and they keep trying to find out.

The end is not mentioned here, because once you know it, the fun of watching the movie The Usual Suspects will not be the same.

Some interesting facts about The Usual Suspects Like this film, there is a lot of interest hidden in the process of making it.

The film derives its name from a line from a classic of the past, Casa Blanca, which said, "Round up the usual suspicions," but the idea for the story came to Screenwriter after seeing a movie poster of a five-person lineup. Kaiser Susie was based on a real culprit, John List, who killed his family members before disappearing for 17 years.

In an iconic line-up scene of the film, all the main characters were brought together for the first time and at first, it was planned to be very serious, but when it was difficult for the cast to stop laughing during the shooting, it was filmed like this. All the main characters in the film were assured by the director that they were playing the role of Kaiser Susie, only one actor knew the truth.

So, when the first screening of the film took place, the actors were shocked to learn that in fact they were not Kaiser Susie and Gabriel Bryan angrily walked out of the cinema and had a long discussion with the director. The Usual Suspects ends with a dialogue in which it is said that the devil's biggest trick is to convince everyone that he is not, this dialogue is taken from the words of a French poet Charles Baudelaire, whose director or writer Did not know.

While making the film, the director left such clues so that the viewers would find them by looking at them many times, such as the identity of the real mystery of the film, Kaiser Suzy.