Insha'Allah means 'if Allah wills' in this dictionary.

According to Sputnik's report this spelling of 'Insha Allah' was written in the dictionary as İNSCHALLAH. 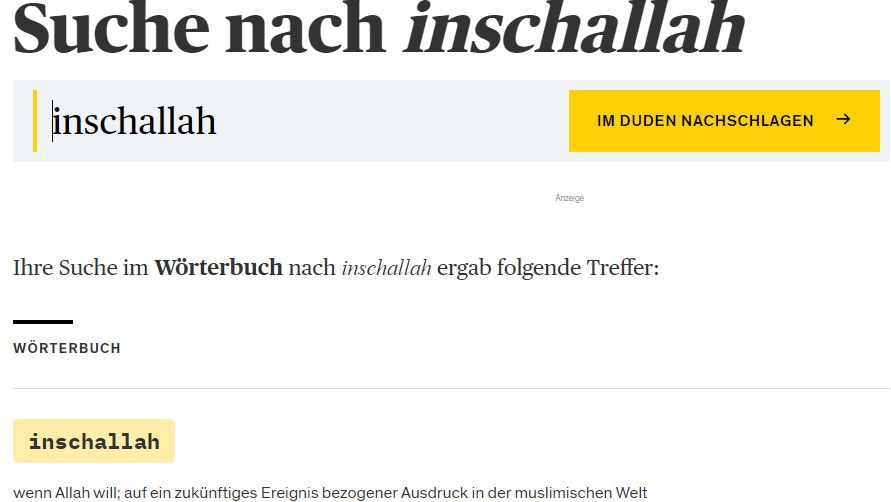 Currently, the word is only listed on the dictionary website, but no details about how long the print version will be listed.

The word 'insha'Allah is a frequently used word by the people of Islam which is called as dua in the hope of doing good for work.

There are about 5 million Muslims in Germany and the second largest number of Muslims in Europe.

It should be noted that Duden is the most popular German dictionary, having been published since 1880, and now its 27th edition is coming.

Mehwish Hayat: A Girl Can Be Happy Without Marriage for 30 Years

Iman Ali was a favorite until I met her, Fahad Mustafa