The new novel coronavirus has changed the world in just a few months. It is difficult to say how long the effects of the virus will last, but it seems that life will change a lot after that, such as cleaning habits, walking out of the house, and so on.

In this regard, Google's update report suggests that it has developed smartphone location data to help government officials around the world understand public transportation, according to which they Adjust your response.

Google released the data in early April under the name COVID-19 Community Mobility Reports and it has now been updated to May 25.

For this report, Google used data from individuals who have opted to store their location history in Google, to help determine the extent to which people are complying with government guidelines for social distance.

For this, data from countries around the world, including Pakistan, was released and in April, the company said, "At a time when the international community is responding to the COVID-19 epidemic,

At the same time, the emphasis is being placed on public health strategies such as social distance measures to slow the spread of the virus.

For this purpose, we collected data to show how many people are now in certain places, when there is more rush on local business.

Google has divided public transport locations in each country into 6 categories.

Parks include coastal sites, plazas, and other public places.

Google's data previously released data for these categories in Pakistan from February 16 to March 29, and now data for April to May 25 has been released.

From February to March, the rate of people going to retail and recreation, ie restaurants, hotels, and other places, decreased by 70%, while from April to May 25, the rate increased but is still 39% lower than usual.

In the grocery category, the rate of going out to buy groceries was initially reduced to 55%, down from 37% in the new data.

The rate of visits to parks, which used to drop to 45%, has dropped to just 5% in the new data, meaning people are starting to go to more places. 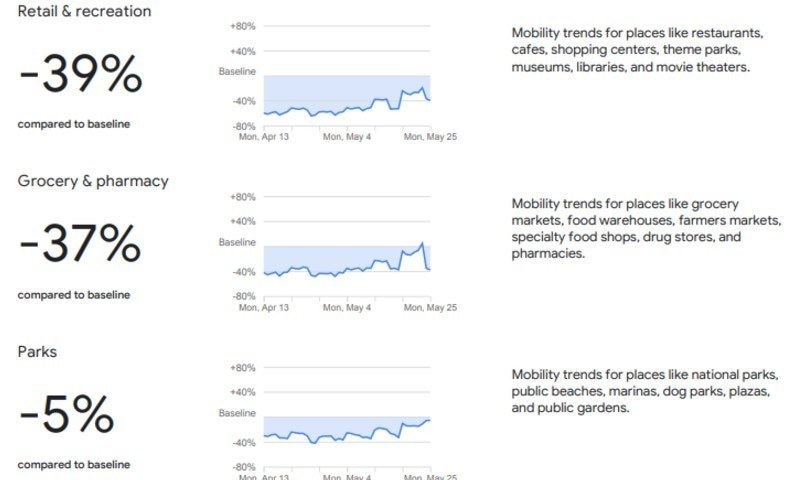 In contrast, the presence of people at home has increased from 18% to 16%. 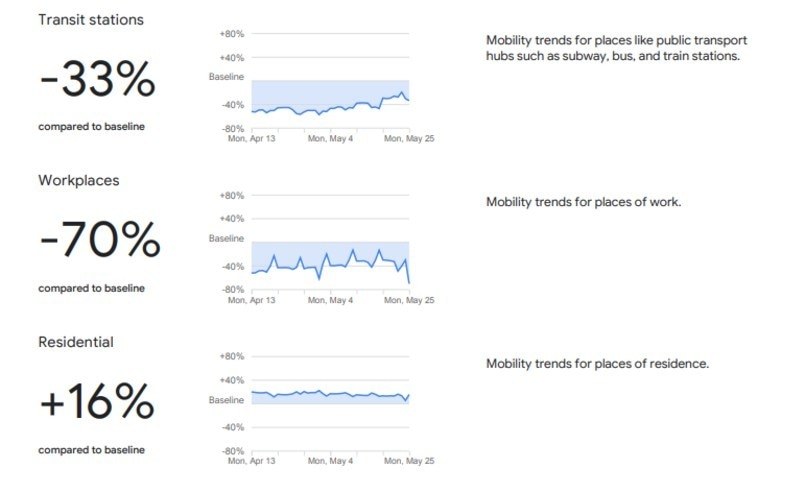 By the way, these are the changes that took place from February 16 to March 25, but the data shows that there was a significant decrease in the movement of people during the lockdown.

But with the easing of restrictions, people are now spending more time outdoors, and coronavirus cases and deaths have risen sharply.

Google has also stated that the data does not identify any person's information, nor does it provide statistics on the location of a particular category.