Thailand: A poor Thai garbage collector suddenly finds a strange thing called 'whale's vomit' and its technical name is 'ambergris'. Sperm whales have a mixture of different products coming out in the form of a shell called "whale's vomit" and have been reported at $ 1 million. 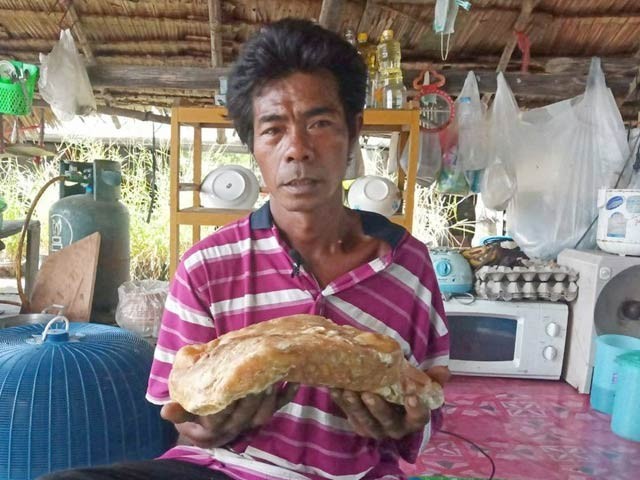 Somsak Bonerth was cleaning up on Thailand's Tauratau island when his foot hit a large, wax-like yellowish shell that he picked up. It smelled of it, but after many steps, it was made into fragrance and other goods. As soon as it is dry, the smell is gone and the fragrance is created. This is why they are widely used in perfume giving lasting scent.
Aquatic experts also call this vomiting floating gold, which can be sold for millions of dollars depending on its weight. When Somsk found it, he did not believe it was a valuable commodity.
He said he was a fisherman and that his boat was destroyed in a storm after which he was forced to pick up the whip. He will now sell the boat again and buy the boat again so that the fishing process can be done again.

6 Best and Famous Forests of Pakistan
Related Posts
10 Common Form Mistakes in The Gym
Do You also Make this Mistake after Eating Peanuts?
People will Definitely like this Drink
How to Reduce Extra Body Fat Without Exercise?
The new novel coronavirus has changed the world in just a few months
Food That Define Karachi Food Culture
Bigger Shoulders Workout Dumbells Only
TOP FIVE EDUCATION BOARDS IN PAKISTAN