The 10 Habits That Make You Poor

Habit is second nature, and you can't end up with nature if you haven't gotten used to develop it. This is true for poverty. Most people think they are undergoing their financial conditions when, in reality, they created them.

Some even think it is someone else's fault, but as Bill Gates says: "If you were born poor, it is your parents' fault. But if you die poor, it's your fault because you had plenty of time to work on getting rich". If you don't want to end up poor, be sure to break up the following habits which are the perfect recipe for never making the list of happy, peaceful, and serene millionaires.

1. The habit of putting up with one's life instead of taking charge of it

As you know, the fundamental difference between the rich and the poor is that the rich think they have to create their life and take responsibility for their choices, adjust quickly and take the necessary steps to improve their lot...

Poor people think and are convinced that someone else is at the root of their problems and complain all day long about what they have been done. The consequence is that they never get up to take the personal actions that they have to take. And since when we do nothing, we have nothing, they end up in dire need and become whiny. 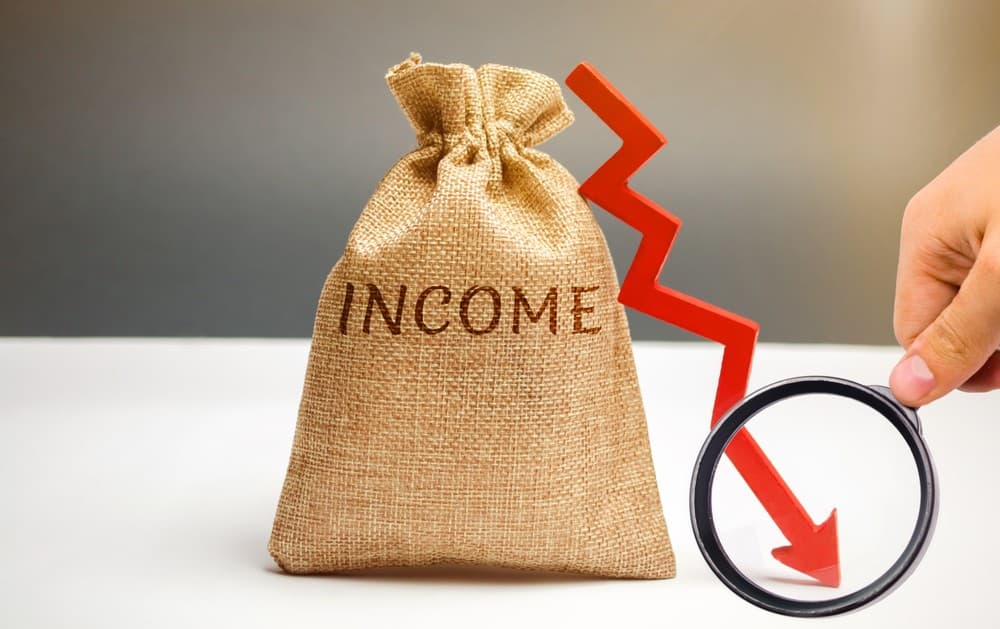 2. The habit of preferring consumption to production

The poor man's concern is: What are my children and I going to eat today? What are we going to wear on Sunday for the Church? Where will I find the money for the Tabaski sheep? Is there a promotion, can I take advantage of it? There is a new model that has come out; everyone is crazy about it in the neighbourhood, I need it too… I'm not inspired to work because I'm hungry.

The concern of the rich is quite different: 1) How do I increase my investments? What's the next opportunity? In which investment should I put more money? What will bring me more? Who cares about hunger; if I don't work to produce, I will be hungry more?

The poor and the middle-class people (who are neither very poor nor rich enough to be fulfilled) is that they are more concerned with how to live on a daily basis rather than how to improve their life and get out of their unlivable conditions. Every sum of money that comes into their hands is spent systematically and preferably set aside for subsistence needs. 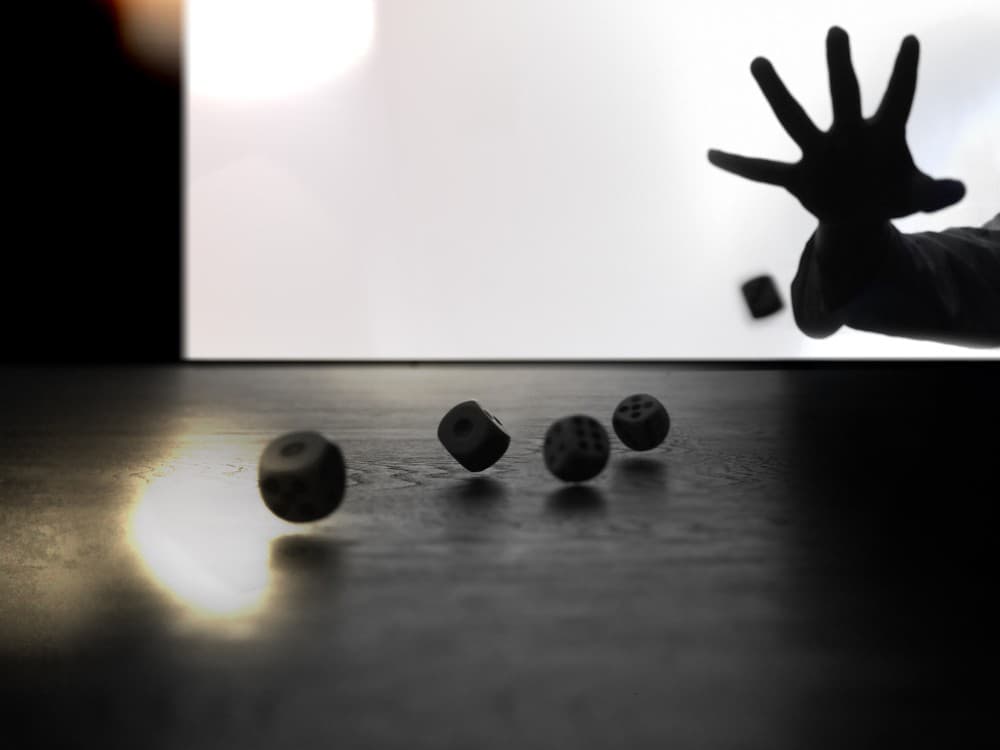 3. The habit of wanting to win right away

If you don't know how to postpone the time of winning, you reduce your chances of winning big. You will earn just what it takes to keep up or to feel like you're not poor. The principle is simple: with the seed, you can sow and harvest large some three or four months later.

But he who is in a hurry to "eat" does not know how to bear fruit. The #1 secret to getting rich is the ability to buy and invest in assets (which make you rich) and have the patience to wait for them to grow and mature. Whoever is in a hurry to consume will not have the patience to wait to reap big. Cash and carry are dangerous and makes people poor. If you don't know how to be patient to start, to work hard, to wait for maturity and to harvest big, you increase your chances of ending up poor. 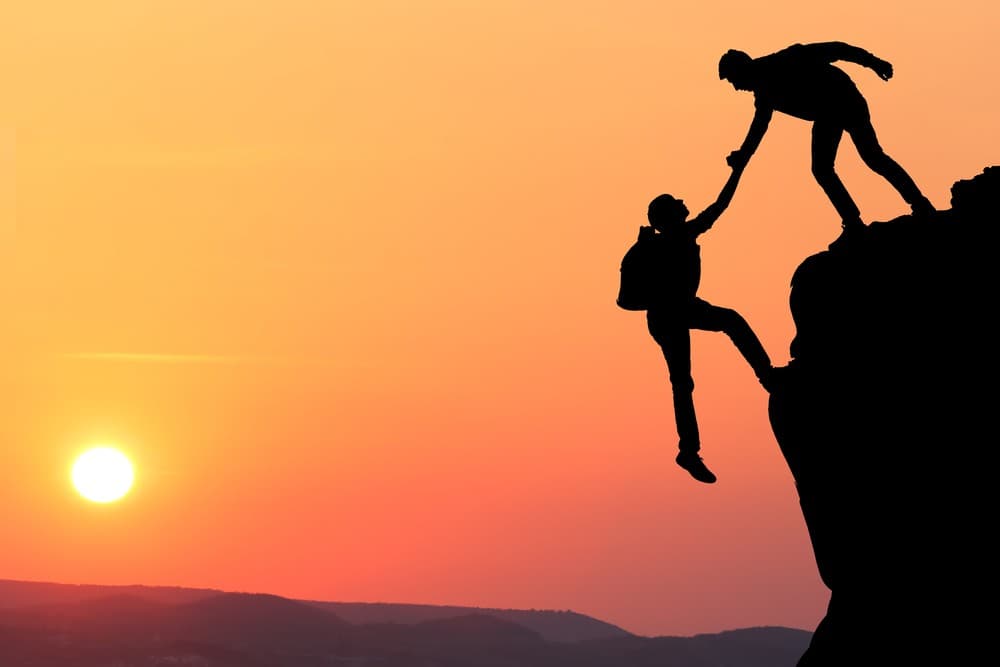 4. The habit of relying on another person to provide for oneself

It is impossible to strive to fight for miracles when you are relying on another person to perform miracles for them. Do not forget the beautiful adage: "Everyone sits down, and God pushes him".

Most people who have the potential to get rich but end up poor, take some sort of early retirement and think that relatives near or far, donors and NGOs should solve their problems for them. But since the latter usually only give crumbs and residues, they are happy with it but cannot get rich with it. Almsgiving can help you survive, but it cannot allow you to flourish or get rich. 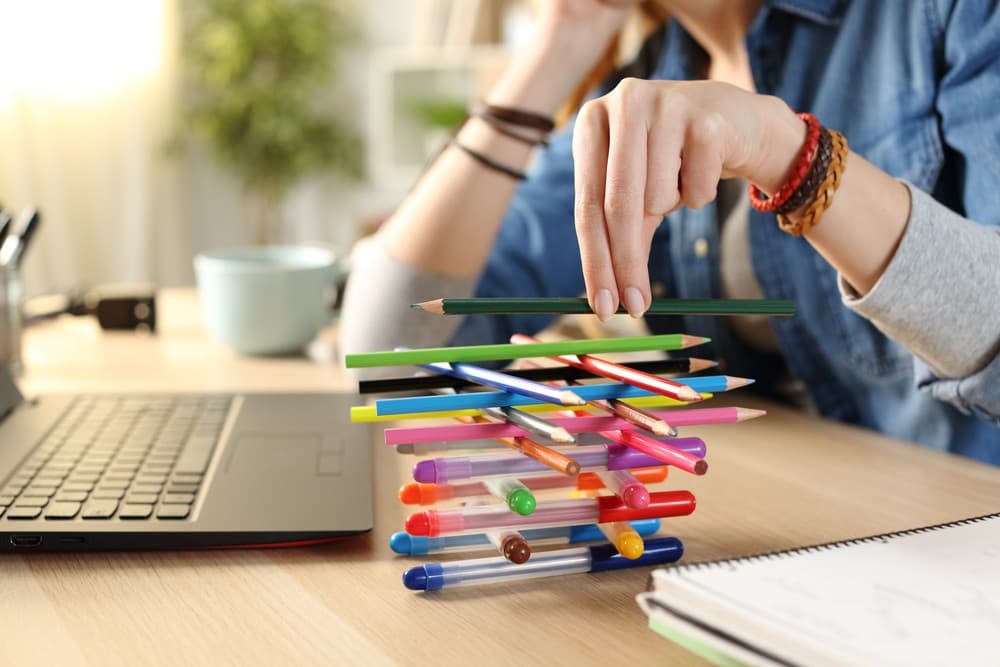 5. The habit of not using and developing one's talents

The rule is simple: some wait until they have more to get started and develop their talents. There the best has more and go further by starting where they are with what they have. There is an implacable sentence that the majority of the poor do not understand which keeps them in precariousness: "To the one who has, we will give, he will be in abundance."

From those who do not have any, we will snatch what little they have and give it to those who already have". The poor will be poorer if they do nothing to develop their talents. Most people do not know that poverty is a sin and that the refusal to bear fruit on the skills received is even more severely punished and doubly: "If you do not use a talent, you will lose it. And if you have no talents, you will die poor". Exactly like someone who loses a language he has learned when not practicing it. 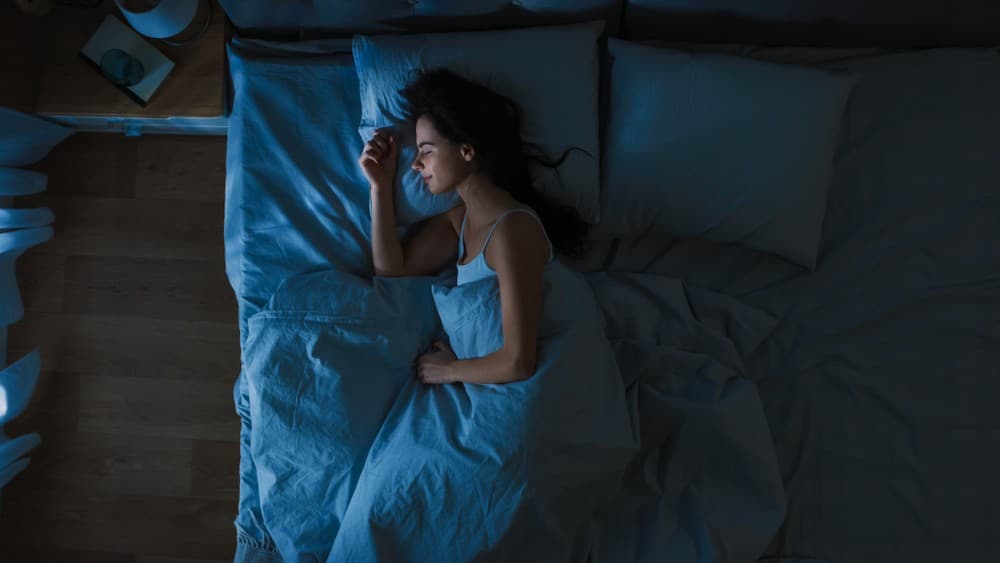 6. The habit of sleeping more than 6 hours a day and lazing all day long

The rule says you have to work 6 days and rest 1 day. There is no doubt that some people confuse everything and sleep 6 days and really only work 1 day a week when you take stock. Africa's richest man Aliko Dangote sleeps almost every day at 2 a.m. and wakes up at 5 a.m.

But what do people do who complain about being poor or not having enough? They rest and sleep almost all the time when they don't drink tea and alcohol all day long, or they criticize and slander people who strive for success all day long. As Jim Rohn says so well, it's stupid to be poor and stupid. Whoever is poor should be careful. He should work more and watch more than those who are rich.

The great paradox, it is those who do not have them who do not work enough. How can they have more and enough? 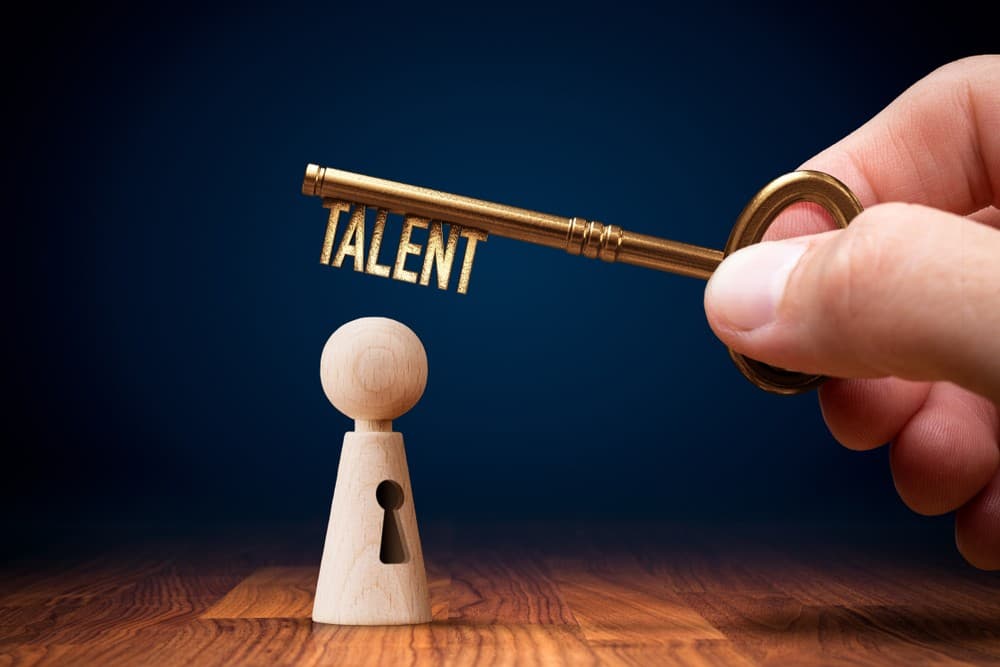 7. The habit of running away from difficulty and not taking risks

You have certainly met people who say "they prefer the devil they know to the saint they don't know". When you fear novelty in this way, you also suppress opportunities. There is a minimum of courage to go towards the idea and the difficulty it takes to achieve the exploits that will allow you to become rich as Robert Kiyosaki (author of Rich Dad Poor Dad book) says. "In a rapidly changing world, the only ones who run a risk are those who take no risk."

The wealthy entrepreneur Aliko Dangote says “life is boring when you can't dream big and accept challenges and difficulties, if you think small you will end up small” The opportunities lie behind the challenges. Each difficulty you encounter is a test of admission to better prosperity.

8. The habit of envying the rich instead of copying them

To get rich, you have to be close to the rich and be comfortable with the rich and gradually start copying them. The opposite guarantees you the maintenance in the accentuated pauperism. 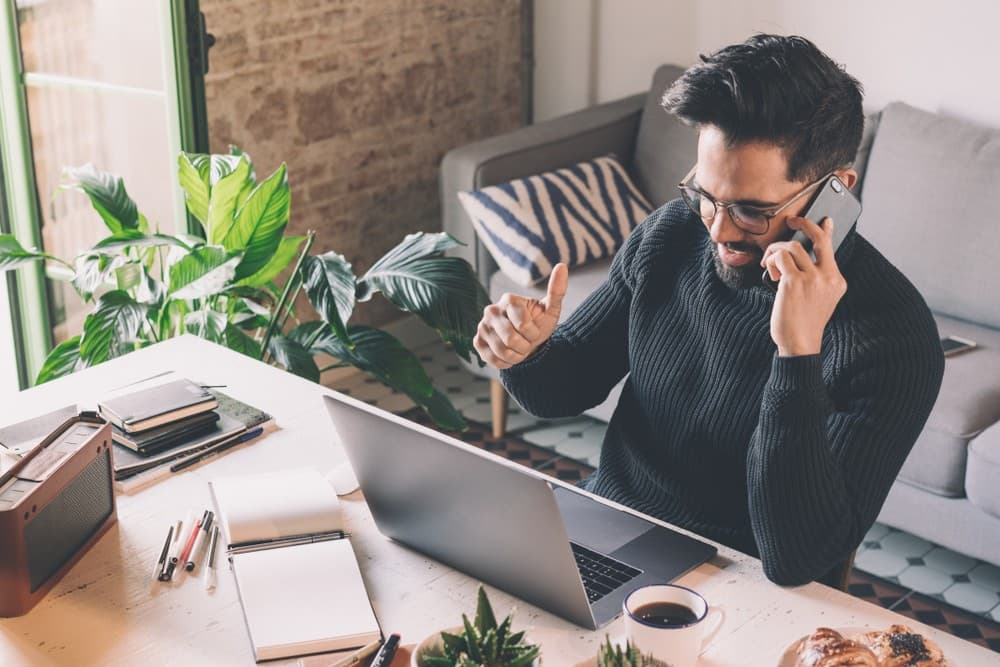 9. The habit of preferring job security to the daring of entrepreneurship

Life is a daring adventure or nothing at all. If you don't dare enough, you missed your birth because your mother dared big while giving birth to you. The pain of childhood is a lesson for all those who are born, but what a pity when today people do not want to give birth just because they want to avoid this pain! It is only the audacity to undertake that has enabled a person who prefers the security of a job to have a job.

If an entrepreneur had not given up his financial security, he would not have created a business for the employer. The bad news is that if you don't want to risk big, you can't win big. When you prefer the job, you always have the meagre share, and entrepreneurs and investors have the lion's share. There is arguably no better explanation for the precarious situation of those who prefer financial security.

They will never have enough because the biggest share will always go to the entrepreneur, the man or the woman who dared to undertake.

10. The habit of rendering poor service

To get the money from VIPs (Very Important and Rich People), you have to offer VIP and impeccable services. The challenge is that most people want to provide poor service for expensive money. They just do what not to die and hope they have more than what not to die, which is dichotomous.

The secret to wealth is in providing superior service to abundantly wealthy people who will be happy to share some of their wealth with you in return. And that's how you get rich. To get rich, you have to provide top quality service to millionaires who pay you in millions, and that is how you become a millionaire.

Ramadan 2020: Where will the shortest and longest fast be?