As the days pass, the cold is also increasing, and in this cold season, everyone suffers from illnesses such as coughs, colds, and colds.
In the cold, we have more infections because our diet may not be as nutritious as this season. Many doctors believe that adding palm to your diet this season is a positive one. But instead of just using a palm in a sweet dish, learn to eat it in other ways.
Palm is nutritious, which has many positive effects on health, whether it is digestive problems, heart health or diabetes.
However, did you know that palm is also effective in diseases such as colds, colds, and colds this season? Palms contain vitamins such as Vitamin C, B One, B Two, B Three, B Five and A One. Vitamin C can protect our body from many infections, including diseases such as diarrhea and colds.
Palm and milk drinks may also be the biggest solution to such diseases as it contains vitamins as well as fiber.
Ingredients:
Milk - 2 cups
Palm - Half cup sliced
Almonds - one and a half tablespoons
Cinnamon powder - half teaspoon
Sugar - Custom taste
Tip:
Put the palm in half a cup of milk for 40 minutes, then add the palm and milk to the blender, along with the almonds. After they have been thoroughly blended, set it aside, boil milk in a thin pan and add blended palm to it, add cinnamon powder and sugar and cook for 5 minutes. Get this palm beverage warm so that the cough has a clear difference. 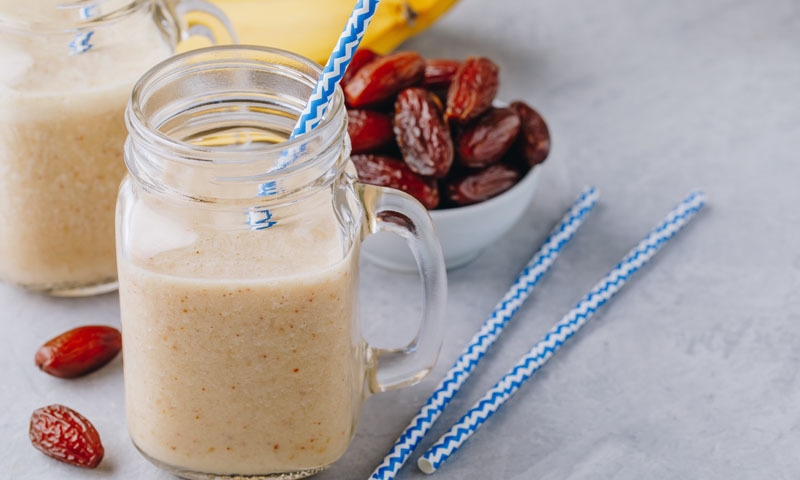 How to Reduce Extra Body Fat Without Exercise?

Which is the Worst Plastic Polluting Brand in the World