So we're going to do How to Get a Bigger Back exercise. Okay, so let's break down today's workout. 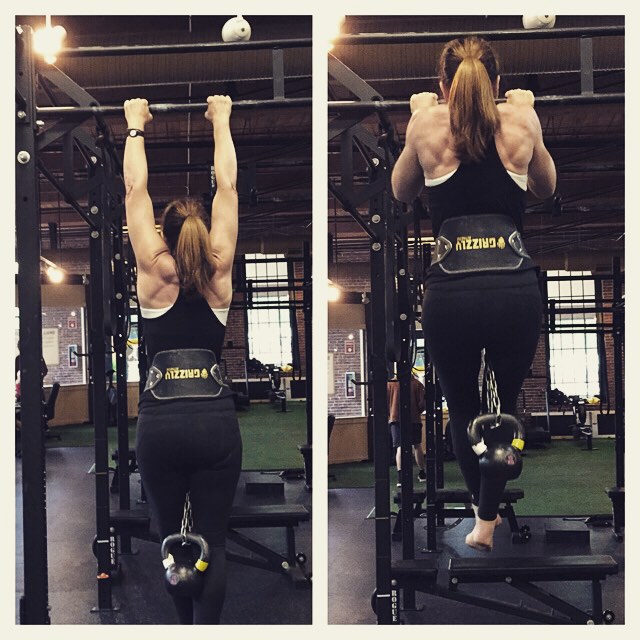 We're going to start off with weighted pull-ups. We're going to max out heavy. So, that means to hit a low repetition, four, five, six, but just mainly go heavy. Also, definitely keep your form in this. Just because you're going heavy, doesn't mean that you're going to break your form. You still want to do it as perfect as possible. 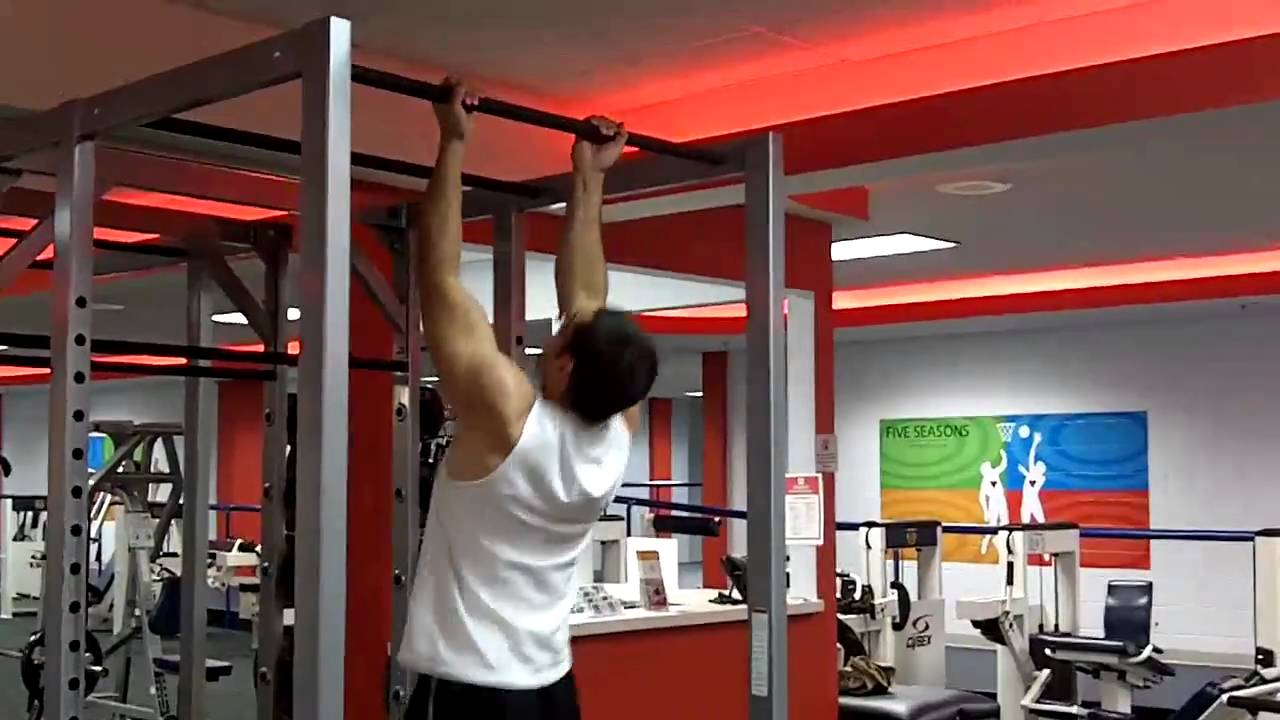 Going to move on to switching pull-ups. So a switching pull-up is basically doing a pull-up, every time you come down, just switch with one arm, come back up, switch with the other one, come back up, and so forth. We're going to go for 10.
That's doing pull-ups, and we switch one-handed grip every single rep. We're going to go for 10. For the breaks in between, you guys can wait 30 seconds, really as long as it takes for you to be able to recuperate and go again using some good form. So here we go. Switching pull-ups, 10 times. That's it, alright. Feel free to breathe, and when you're ready, we'll go for it. One, two. So, all it takes is a little bit of determination, and willpower, that's really all it is. So, the wider you grab, the harder it is 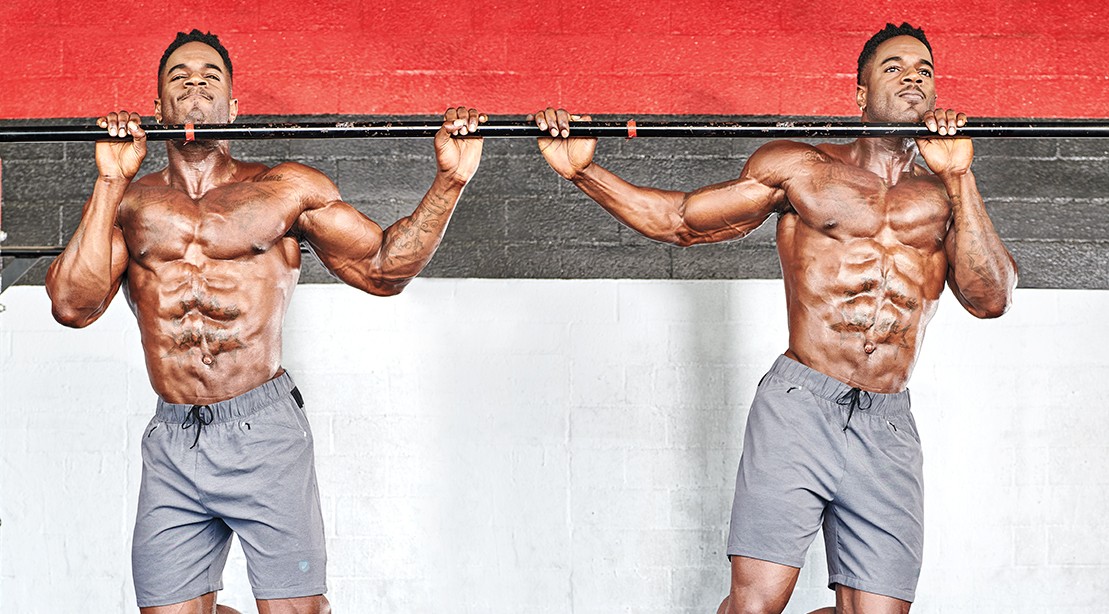 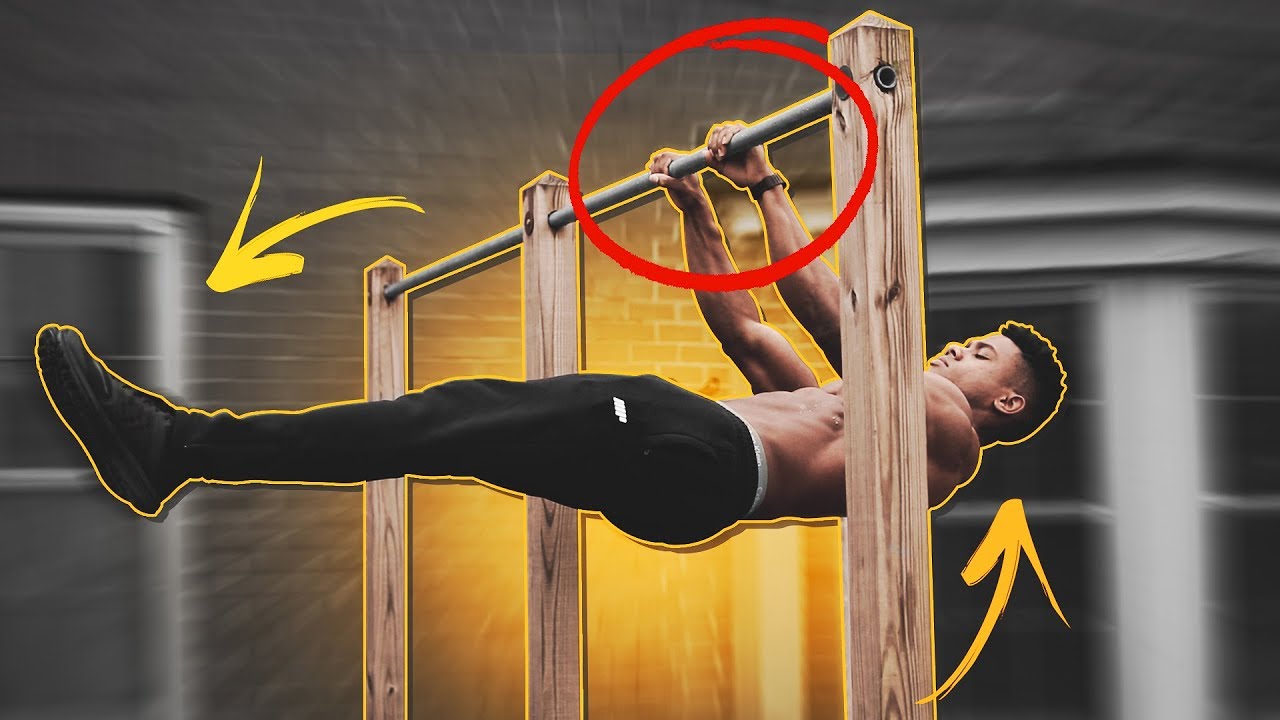 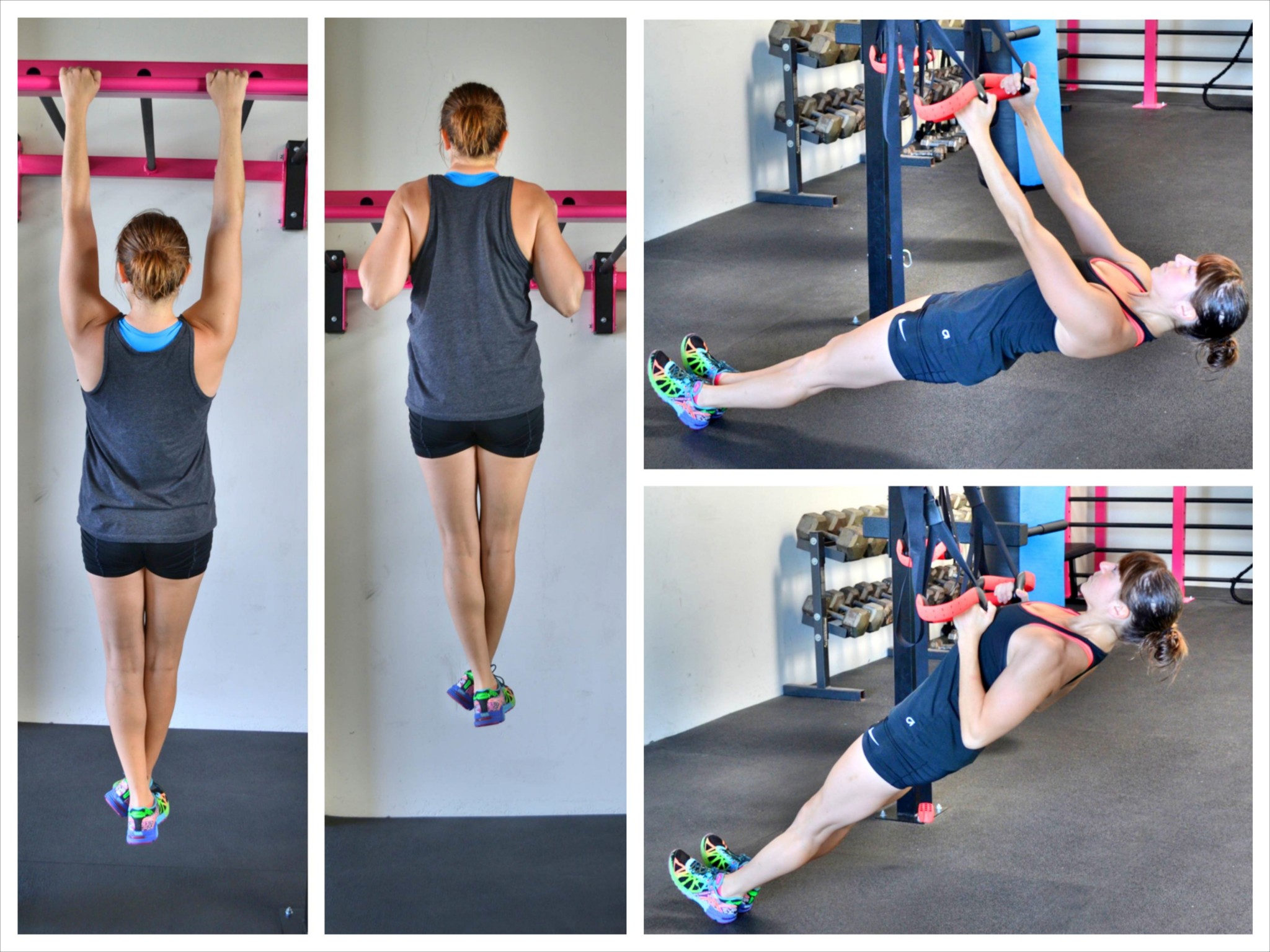 Then we're going to go into inverted row pull-ups, we do 10 of those. Last but not least, we got Australian pull-ups. Alright. We're going to go watch over here. Make sure your body's straight, from your heel to your shoulder. And you are pulling to your chest, not to your neck, not to your chin, not anywhere else. Great. You got this. Here we go, last ones. That was crazy. Good, good, good, good, good. So for the last ones, you always gotta make them count. Let me get some chalk one last time. Man, when workout with no AC, your hands just get so sweaty. Let's go. Let's begin. Last one's closed grip. Here we go. Alright, you know, it's crazy, you see a lot of guys in the gym, big as hell, you know, lifting mad weights, but I guarantee you, half of them won't even survive half this workout. So that concludes How to Get a Big Back Workout. 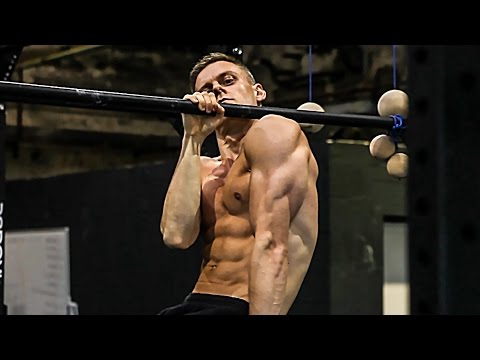 Next arm, that is a tough, tough one. This is definitely a hard move. Especially because the angle in which we're pulling we're actually pulling to the waistline. So we're pulling like this. It's a movement that's an angle that we never naturally, or normally hit when we're working out. In fact, you know what, I'll take this black one-off. Challenge yourself. And let's go for it. That is so tough. The goal is 10, do as much as you can. Perfect form, good. Pull up. One, two, three, four. And so you can have a good idea of how tough this workout is, I mean, look at me, you know, so if I'm struggling through this, then you know Bob has got to be doing some crazy stuff.

After Death of Dr Li Wenliang with Coronavirus, demands for freedom of expression in China has emerged

Related Posts
illiteracy Cause mental illness
How To Do SQUATS FOR BEGINNERS | STEP BY STEP GUIDE
Try the easiest way to lose weight
Strong Glutes and Back Pain - 5 Exercise Protocol FIXES Weak Butt
Boy and Girl Cannot Be Friends; Khalil-ur-Rehman Qamar
15 Best Flat Roof Design Ideas with Images in 2020
12 Best and Famous Restaurants Around the World
How to Do The Perfect Push Up