Recent research conducted by Chinese and US experts after the rapid outbreak of the corona virus has shown that the number of antibodies in the blood after corona sufferers recover. There is so much that can benefit other sick people.

Following the investigation, blood plasma was given to new corona patients receiving blood donations from Coronavirus patients in China, where the same procedure is now being tested in the United States.

Blood plasma is actually one of the two most important parts of human blood, also known as blood (human blood), which is composed of blood plasma and cells.

Blood plasma is meant to help the cells in the human blood swim, and by stimulating the same part of the body, antibodies produced in the human body increase the human's immune system.

Antibodies are actually cells that appear in the gut and are present in human blood. People whose immune system is weakened are given medicines that increase the amount of antibodies in their blood. Become stronger and if any person's antibodies are removed and transferred to another sick person, they can be instantly healthy.

And now US specialists are working on the same formula, and many healthy people from Corona have begun donating blood plasma or antibodies for this purpose.

New York photographer Diana Barnett, 45, a New York-born recovering from the Corona virus, is among the many superheroes who want to donate their blood plasma after recovery, according to AFP.

Diana Barrent suffered from Corona in mid-March and had to be hospitalized for treatment, and she became the city's first healthy patient to be tested for blood plasma. 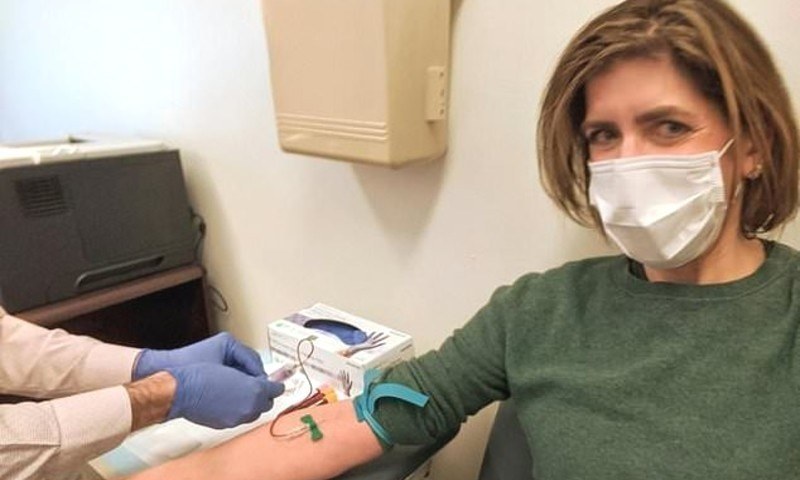 Diana Barnett's tests are done to confirm that the Coronavirus is no longer in them.

Because of the drugs given during Diana Brent's treatment, her body has grown stronger or increased in number of antibodies, so now specialists will get her blood and provide it to other patients.

According to US experts, in any coronary patient, the amount of antibodies in their body increases or becomes stronger within 28 days after treatment and because the antibodies work in the blood plasma portion. Blood plasma from healthy patient blood is being given to other patients.

Experts say that blood plasma for any healthy patient can be cured by 3 to 4 patients, however, it is too early to say how long the sick person received the blood plasma donation.

According to doctors who have been leading the blood plasma transfer program at Corona Virus Patients at Irving Medical Center, Columbia University, USA, it has been revealed that anyone suffering from corona has immune system during treatment. After 2 weeks, it starts to get stronger, which causes antibodies to begin to form in their blood which work to strengthen the human immune system by eliminating any viruses.

According to doctors, however, it is premature to say that in any given day, a large amount of antibodies or excessive force can be produced in any given person, but it is estimated that after 28 days in the affected person's body, antibodies become very active. Go

Diana Barnett has created a group on Facebook that includes about 17,000 people who are recovering from the Corona virus and appears to appeal to the group to save their lives by donating blood. ۔

Diana Barnett said she was happy to donate her blood plasma and said she was no longer patient and wanted her final test to be done as soon as possible and that she would save her blood to save other patients.

He said they were being tested before extraction of blood plasma and found that they did not yet contain the virus.

The Houston University administration said dozens of Corona virus patients have requested to have blood plasma removed, as they seek to help other sick patients recover.

In those days after the outbreak of the outbreak, those who donated their blood are seen as superheroes