Medicines and various vitamins were imported from India, the Ministry of National Health said

ISLAMABAD: While the Prime Minister has directed Special Assistant for Accountability Shehzad Akbar to investigate the import of more than 450 medicines from India, documents from the Ministry of National Health (NHS) have said that several Vitamins, medicines, and salt were imported from India.

It should be noted that after the decision to annex Indian-occupied Kashmir on August 5, 2019, the federal government had suspended all trade with India on August 9.

Initially, the pharmaceutical industry had appealed for relaxation in the government's decision to allow the import of goods from India, which had already reached the country's airports/ports. 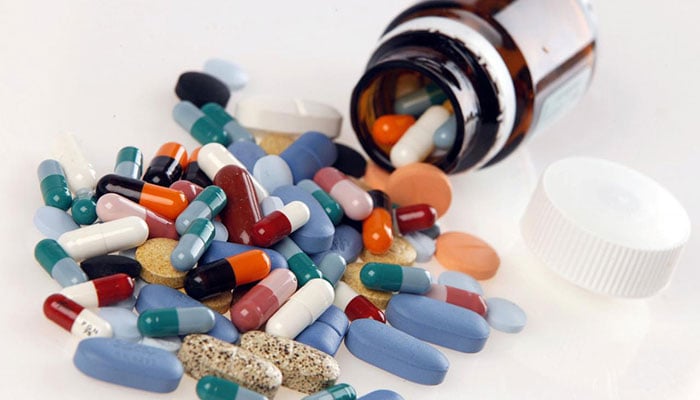 Following this demand, the government decided to relax the rules and clear the goods.

However, as a large number of medicines and their raw materials were imported from India, the industry demanded that the ban on medicines and raw materials be lifted.
Because otherwise, the country could face serious difficulties within a few weeks.

The federal government had lifted the ban on imports of medicines and raw materials from India to avoid a severe shortage of medicines, especially in the market for life-saving medicines.

Later, all kinds of medicines were imported in the name of life-saving medicines.

Ministry of National Health documents presented to the federal cabinet on May 5 and available to Dawn,
It said the prime minister, in charge of the NHS, had sought a list of medicines imported from India.

The documents, signed by NHS Secretary Dr. Tanveer Ahmad Qureshi, state that several vaccines, including BCG, polio, and anti-tetanus vaccines, have been imported from India.

In addition, several vitamins including B1, B2, B6, B12, D3, zinc sulfate monohydrate were also being imported from India.

An official from the Drug Regulatory Authority of Pakistan, speaking on condition of anonymity, said it was initially claimed that banning the import of drugs and their raw materials from India would hurt cancer patients. ۔

He said that later all kinds of medicines were imported from India due to which we are transferring foreign exchange to India.

He said that the government should ensure that medicines and their raw materials are manufactured in Pakistan as it would save us valuable foreign exchange and ensure the export of medicines abroad.

When contacted, a senior NHS ministry official said it was not appropriate to comment on why the Special Assistant to the Prime Minister for Accountability, Shehzad Akbar, had been assigned to look into the matter.

"Besides, the Ministry of Commerce is also involved, which is why we have decided to allow Shehzad Akbar to look into the matter," he said.

What to Expect Before and After Rhinoplasty Procedure?

How to Protect Yourself in Summer Using Cosmetics Pakistan in 2022?

Why you do not sleep overnight?

CBD: What Parents Need to Know