The UK's public health agency said in a report on Tuesday that people belonging to ethnic minorities were dying more from the coronavirus. However, it did not explain why.

The report said age was still the biggest risk factor for the coronavirus. Men are more at risk than women. Apart from age and gender, people of Bangladeshi descent are twice as likely to die as whites of English descent. The public health agency Public Health England operates under the Ministry of Health.

According to the report, other Asian, West Indies, and black races are at relatively higher risk from the recent epidemic. The race and risk assessment did not look at any of the causes, such as occupation or obesity, although both are known to be serious risk factors for coronavirus infection. The report acknowledges that more research is needed to understand this and warns of danger. Health Minister Matt Hancock told parliament that the report was released on time.

"It is understandable that people are angry about the injustices and I feel responsible as health minister because this epidemic has exposed the huge inequalities in the overall health of our nation."

"It's very clear that some people are at greater risk than COVID 19, and that's an issue I want to fully understand and resolve," he said.

On Monday night, the health ministry denied reports that the report was being delayed because authorities feared it would escalate protests in the United States over the death of George Floyd, a black man. Because black races are more at risk from the virus, the report said, it could lead to increased protests. When it became clear that some people were more susceptible to the coronavirus, work began to assess the situation. 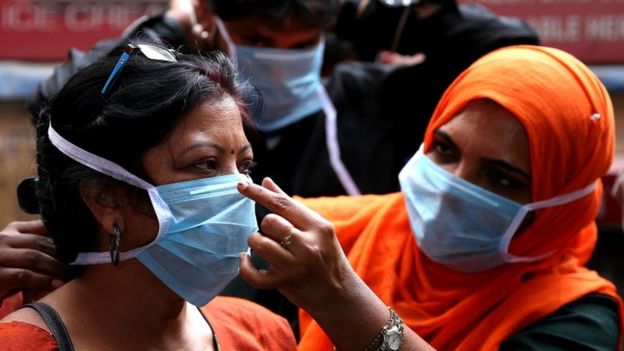 Public Health England has reviewed a large number of health records and coronavirus data. The report examines differences between different races, including age and gender, geography, deprivation, race, and pre-existing health issues. Because of the way the data is recorded, it is not possible to combine all of these factors to determine who is at risk.

However, these figures show a clear difference between the generations.

What did the research reveal?

People 80 or older are 70 times more at risk of death than those under 40, the report said. If able-bodied men are diagnosed with COVID 19, they are twice as likely to die as able-bodied women. People who live in relatively backward areas of the UK are at higher risk of death.

According to the report, people working in certain professions are at higher risk. They include security guards, taxi and bus drivers, construction workers, and social workers. As far as different races are concerned, the death rate is higher among black and Asian ethnic groups. Chinese, Indians, Pakistanis, other Asians, people from the West Indies, and other black people have a 10 to 50 percent higher risk of dying from the coronavirus than people of white English descent.

The BBC's health editor, Michelle Roberts, says the government was under pressure to release a report on the inquiry, which was due to be made public by the end of May. According to him, it is now known what was the reason for the delay because what is in this report, we already know that minority communities are more at risk than the virus.

Michelle Roberts says the report does not answer why this is happening.

The government was under pressure to publish the facts of the report. The report was due to be released before the end of May.

Now that it has been published, it is still unclear why it was delayed. The key findings of this study confirm the already known fact that people belonging to ethnic minorities are at greater risk.

But this report does not answer the question why this is so?

The report acknowledges that several key elements could not be taken into account in this analysis. For example, a person's employment and pre-existing health problems that increase the risk of dying from the coronavirus. Also important is where you live and how much you earn.

The risk of death in the UK's relatively backward areas is more than double that in the affluent areas. The Coronavirus has widened the gap in public health, the report said. However, the report did not say how to address these issues in order to save lives.

Related Posts
Know the benefit of Smiling?
Low-fat milk helps to prevent ageing
Corona vaccine trial starts in Germany after US and UK
Eating fruits is essential, medical research
Cholera may be the first symptom of COVID-19 in some people, research
How to Get Rid Body Pain at home with Tennis Ball
Are dairy products immune to stroke?
Eating by hand instead of a spoon improves the taste of food : Research