Medical staff on the front lines fighting COVID 19 around the world have been badly affected and a large number of doctors, nurses, and other staff have been infected.

In Pakistan, the Coronavirus has so far infected 1,904 doctors and other staff members, of whom at least 30 have lost their lives and four are in critical condition.

The virus has also infected doctors who examine patients at their private clinics and medical staff who are present at hospitals to treat patients in corona complexes or wards.

According to figures released by the Ministry of Health in Pakistan on May 29, the coronavirus has infected 1,035 doctors, 299 nurses, and 570 people from other health sectors. Most of the victims have been quarantined in their homes, while 170 frontline workers are currently being treated in hospitals.

Four of them are in critical condition and have been placed on ventilators, while 17 doctors and other staff members have died. On a daily basis, the number of patients and deaths from coronavirus is increasing.

What is happening in Sindh?

Sindh province has the highest number of doctors infected or killed by the coronavirus.

According to figures released by the Ministry of Health, the total number of staff infected with the virus in Sindh Province is 538, including 411 doctors and 44 nurses. In Sindh province, eight doctors and other staff members have lost their lives so far, while four are still on ventilators.

In the early days of the coronavirus, in late February this year, a large number of people returning to Pakistan from Iran returned to Karachi and other cities in the province, which led to an increase in the number of patients in the province. The provincial government has taken strong measures to control the virus, but the spread of the virus has not been curbed.

People from other provinces of Pakistan also prefer Karachi hospitals for treatment. Perhaps that is why the number of doctors and medical staff infected with the virus in Sindh is higher than in other provinces. 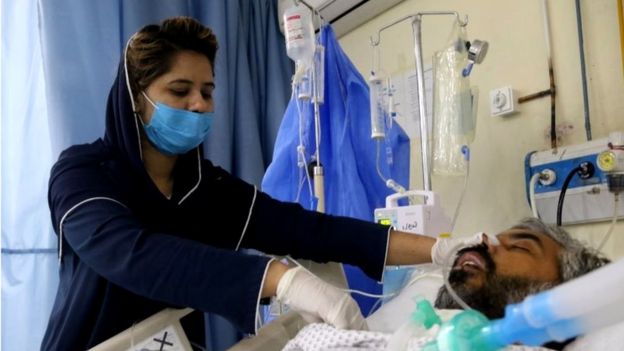 How are Khyber Pakhtunkhwa health workers?

A Sikh doctor from Nowshera died at a private hospital in Islamabad last night. Dr. Pahag was a few senior doctors and retired from District Hospital Nowshera a few years ago but continued to practice at his private clinic.

According to local doctors, he was diagnosed with the coronavirus and was taken to Islamabad when his condition deteriorated.

So far in Khyber Pakhtunkhwa, five doctors and a nurse have died after contracting the virus.

According to Dr. Ahmed Zeb, leader of the Young Doctors Association, 325 doctors in the province have been infected with the virus so far. The number of other staff is even higher. A total of 552 healthcare workers, including 249 doctors and 97 nurses, have been infected with the virus in Khyber Pakhtunkhwa, according to figures released by the Ministry of Health on May 29. Ten of them have been admitted to hospitals and their condition is said to be out of danger. No one is on a ventilator at the moment.

Dozens of doctors were also affected in Punjab

Fighting on the Coronavirus war frontline is also continuing on the staff of Punjab province and according to the statistics of the Ministry of Health, 341 medical persons including 108 doctors and 108 nurses have been infected with the virus. Are and everyone's condition is out of danger. 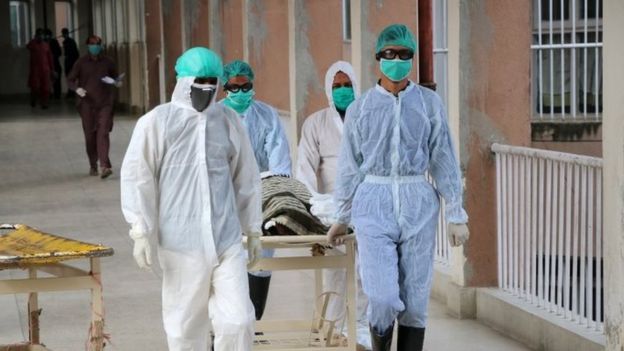 The global Coronavirus epidemic has affected doctors in every country, but in areas where there is a lack of facilities or basic necessities, medical staff has faced more difficulties.

In Balochistan Province, 237 members of the medical staff, including 173 doctors, were affected and all of them quarantined themselves in their own homes.

According to the Ministry of Health, two doctors have died of the virus in Balochistan.

Doctors in Balochistan say that basic necessities were provided to doctors in Quetta to some extent, but no equipment was provided to protect doctors in other backward areas of the province. Doctors had also protested against this, after which the supply of basic equipment was started.

Medical personnel were not safe in the federal capital either

Doctors at the Pakistan Institute of Medical Sciences (PIMS) in Islamabad could not stay safe from the virus after a large number of patients arrived.

According to the Ministry of Health, 185 people, including 84 doctors and 46 nurses, have been infected with the virus in the federal capital.

A doctor in the federal capital has died from the virus, and three infected people are currently in hospitals in critical condition. 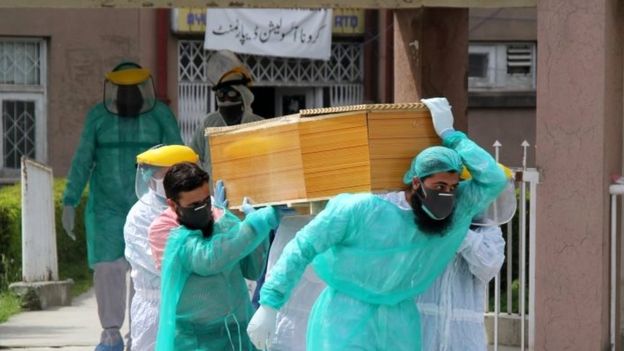 The code in Pakistan came to light on February 19 when some people from Iran reached Karachi via Taftan and by March the virus had spread to most parts of the country. And the first death of a doctor from this virus was reported from Gilgit-Baltistan.

Dr. Osama Riaz was 26 years old when he was diagnosed with the virus and died on March 23.

According to official figures in Gilgit-Baltistan, 42 members of the medical staff, including six doctors and two nurses, have been affected, including 20 in the hospital's isolation ward and all are out of danger. No one is on a ventilator. In Gilgit-Baltistan, two doctors have lost their lives to the virus.

Related Posts
16 Treatment of complex diseases with honey and cinnamon
How Much Does Green Tea Benefit for Health?
Discover the link between social media and food choices
Common use items that increase the risk of spreading the corona virus
Using the fish oil can help protect men from infertility
Low-fat milk helps to prevent ageing
Health experts demand separate hospital for Corona patients
Foods that increase stomach fat