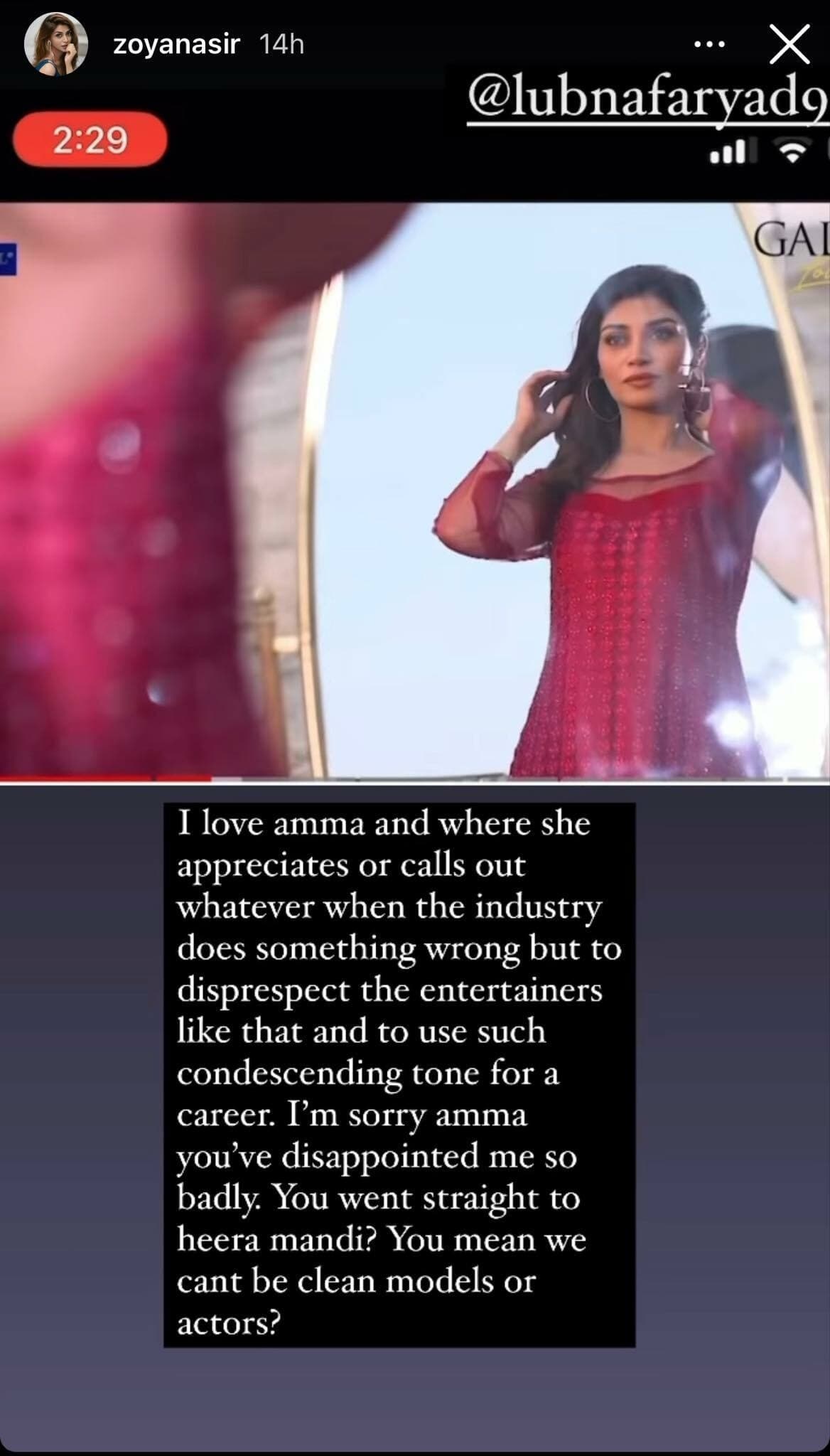 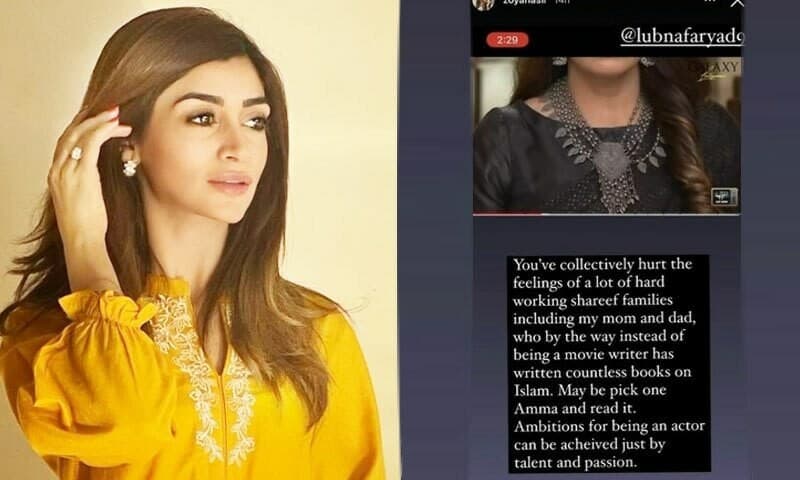 The actress wrote to the critic that she respects him a lot but Lubna Faryal's comments broke her heart. He told Lubna Faryal that actors work hard and entertain people by giving life to the characters but people like you use inappropriate language only for these roles. 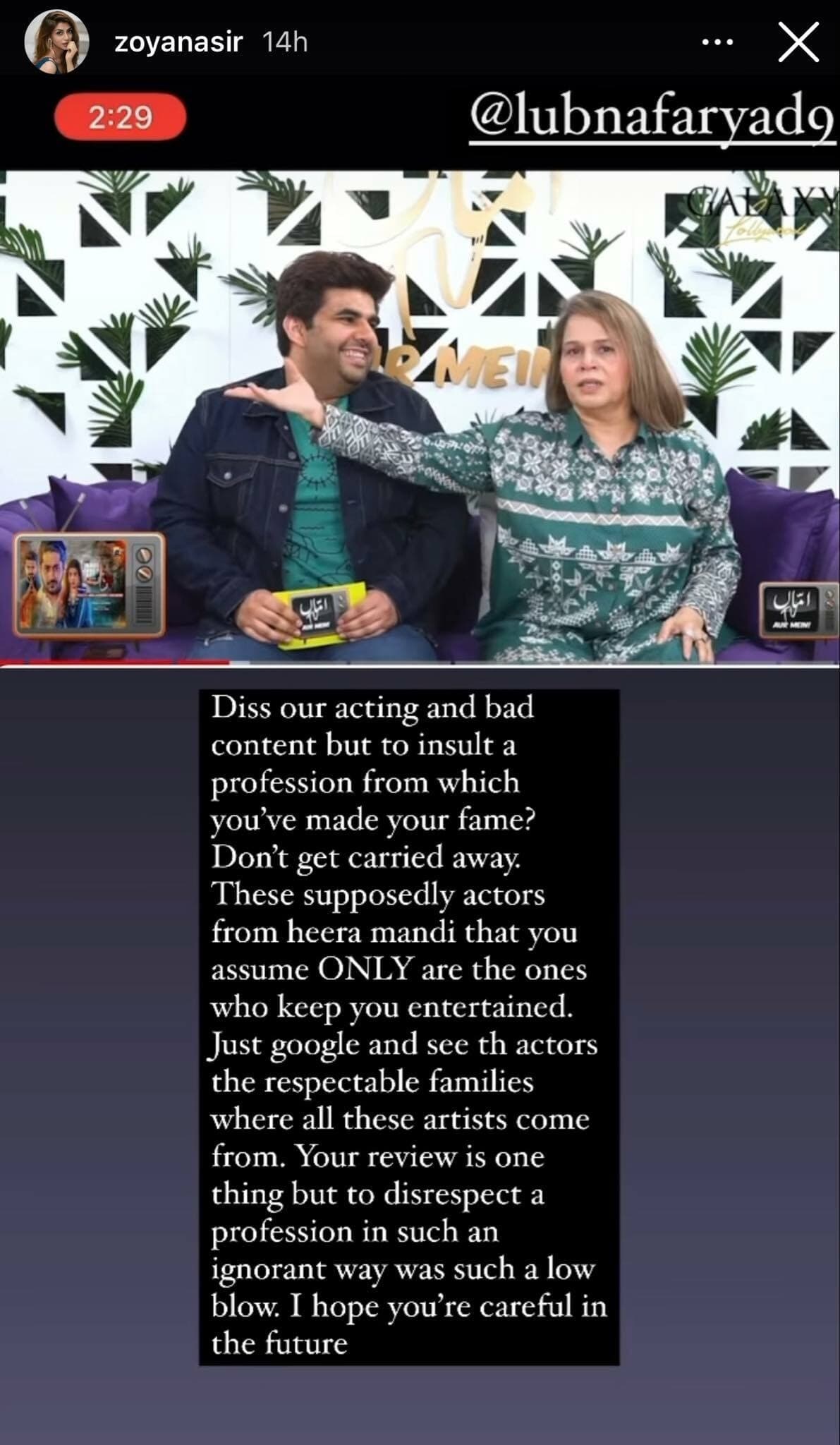 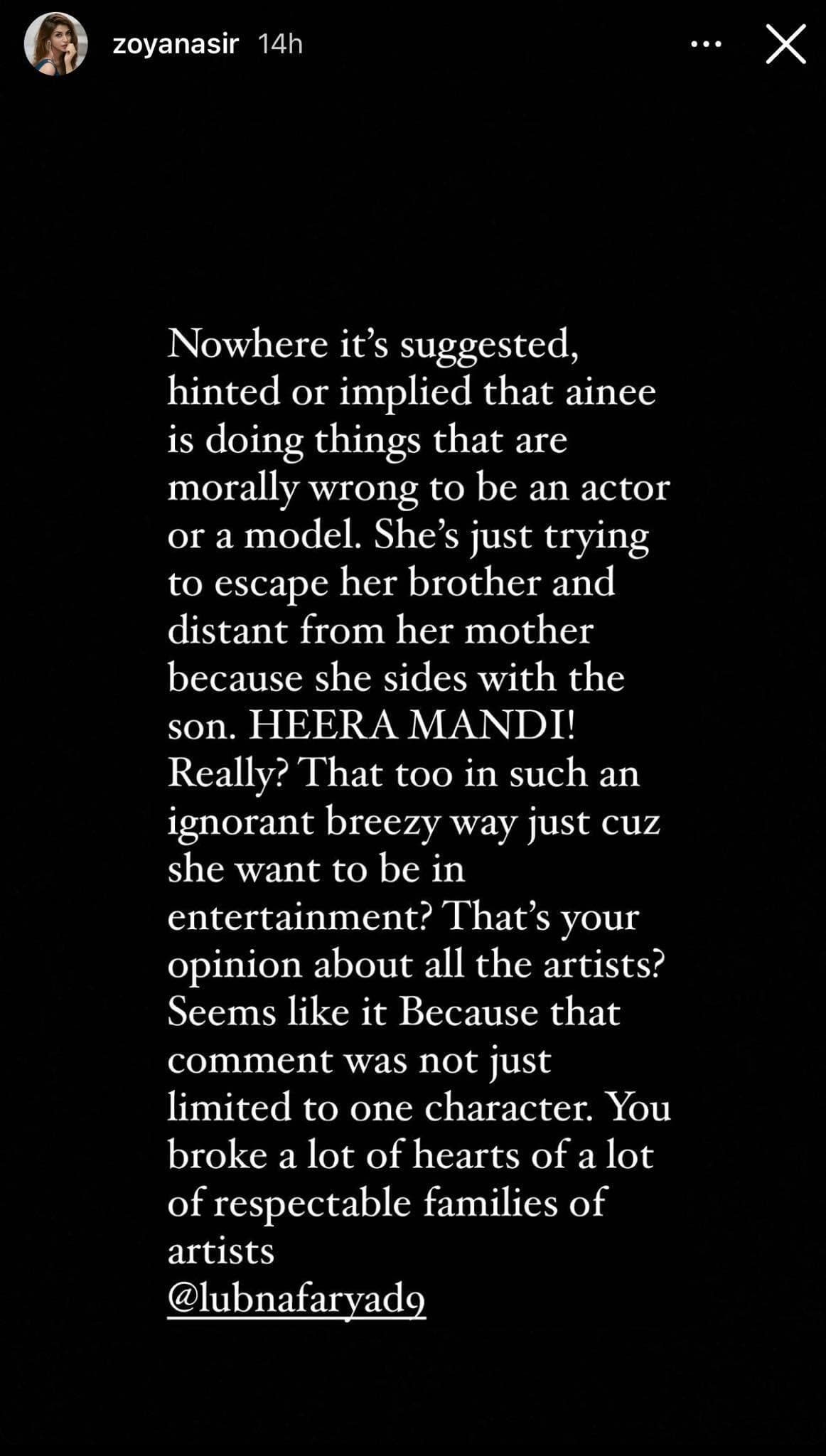 Zoya Nasir, while mentioning Lubna Faryal, wrote that she hopes that she will take his words positively and try to understand him instead of disagreeing with him personally. At the same time, she explained about her role in the play 'Badzaat' that her role is very good as she chooses a modeling career of her own free will. Remember that in 'Badzaat' Saba Faisal has played the role of a dancer who marries a rich man but gets divorced from him in her youth and her son Imran Ashraf stays with the rich father. 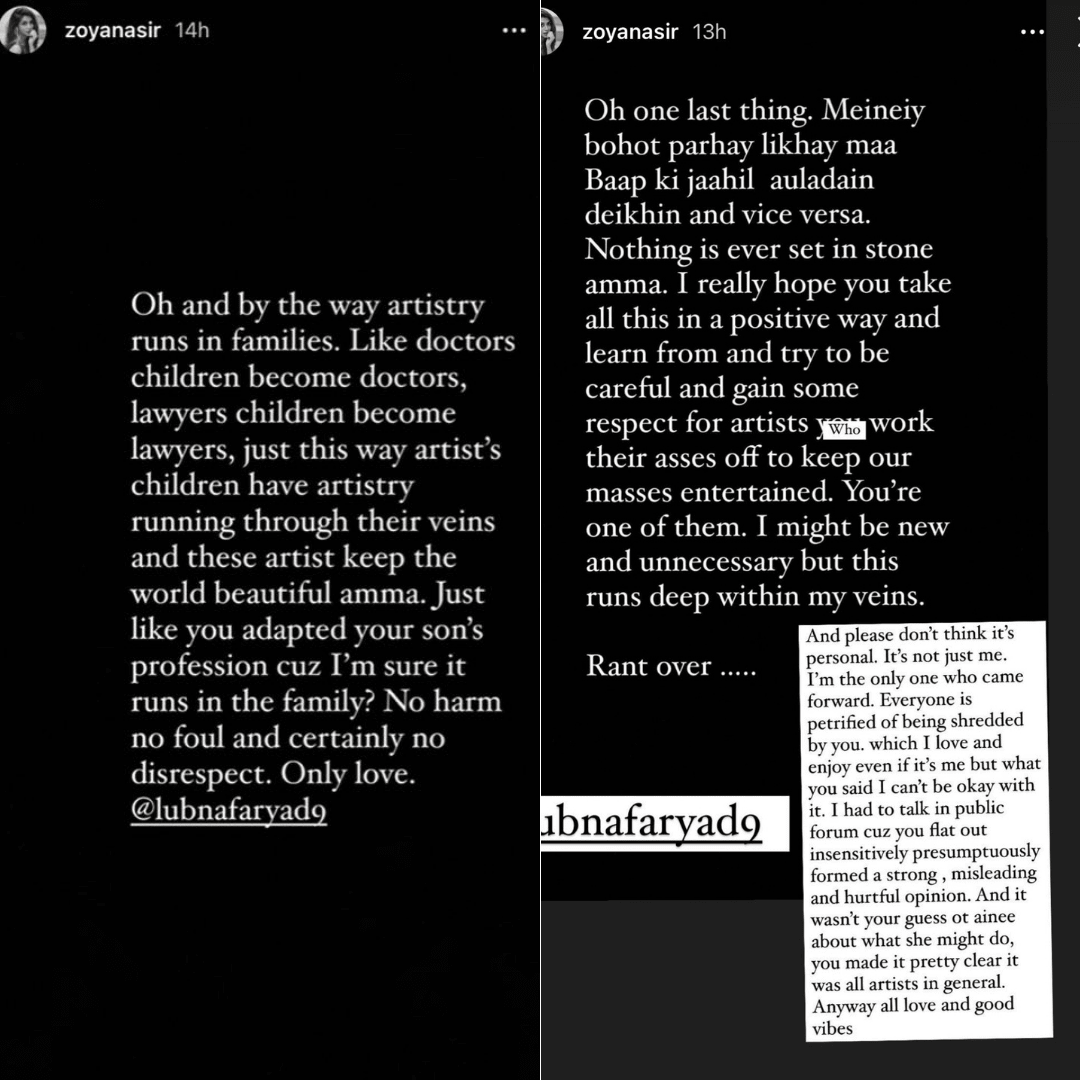 In the drama, Saba Faisal is followed by her second daughter Zoya Nasir who wants to model when she grows up. The story of 'Badzaat' is written by Misbah Noshin while it is directed by Sirajul Haq while it is produced by Abdullah Kadwani and Asad Qureshi. In the play, while Urwa Hocane and Imran Ashraf are portrayed as a couple, the differences between them are also shown. The cast of 'Badzaat' includes Imran Ashraf, Urwa Hocane, Saba Faisal, Muhammad Aslam, Ali Abbas, Nada Mumtaz, Zainab Qayyum, Sedrah Niazi, Zoya Nasir, and Sajida Syed among others.

Shabana of 'E Sharp Band' won the hearts of the People

Related Posts
Mehwish Hayat became the voice of protesters against Indian citizenship law
'Nightmare almost over' Pakistani students resume normal life in Wuhan
Backstreet Boys's an online concert for fans
The Canadian Vlogger who saw Pakistan on a motorcycle and converted to Islam
Actress Beenish Raja Got Married?
'Rishi Kapoor' is an era that has come to an end: Some Best Movies of Rishi Kapoor
Ahad and Sajal Come to Public First Time after Engagement
Faisal Qureshi: Love Happens only once else is Nothing