Meanwhile, Google and Wikipedia had introduced actress Esra Bilgic, who played the role of Halima Sultan in the Turkish drama 'Ertugrul Ghazi', as the mother of Pakistani actor Yasir Hussain. '

And recently Google made Pakistani superstar Mahira Khan the mother of actress Zara Noor Abbas. This mistake is probably due to Google's algorithm that Zara was presenting Mahira Khan as her mother in the Wikipedia section when the search page was opened after searching for Abbas's name. 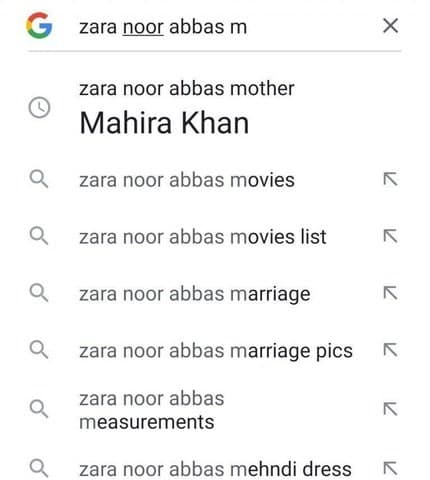 Keep in mind that Google and Wikipedia are very popular because of their authentic information. However, websites like Wikipedia are updated by volunteers around the world where some people try to convey accurate facts, while other trolls try to convey fake details to people. In a short span of time, Google and Wikipedia have made headlines for three such incidents, which suggest that both now need to upgrade their systems in this regard.