Which wise man does such a thing? : Sonam Kapoor

According to NDTV report, Mohan Bhagwat, speaking to his workers at an event on Sunday, said that divorce is now taking place mostly in families where people are becoming more educated.

He said that education and wealth bring arrogance to people and as a result, families are destroyed.

According to Mohan Bhagwat, there is no option other than Hindu society in India and the people of Hindu society have no choice but to live together as a family. 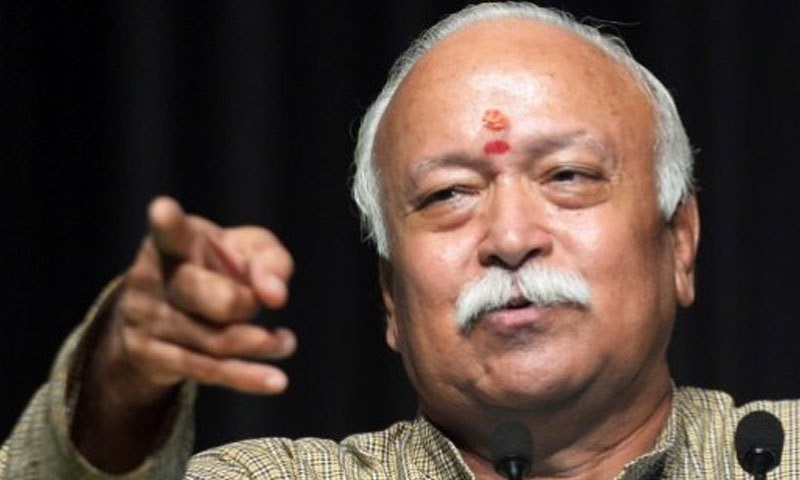 Mohan Bhagwat, Chief Executive of Ashram Swamyam Singh - Photo: AFP
He said that nowadays divorce rates have increased very much, people are fighting over minor issues, divorce cases are more visible in educated families because education and wealth are arrogant. As a result, families are broken, society is affected because society is like one family '.

Which sane man speaks like this? Regressive foolish statements https://t.co/GJmxnGtNtv

Following the actress's tweet, she received mixed reactions from consumers.

Someone supporting Sonam Kapoor wrote that Mohan Bhagwat was not married so he could easily make such statements.

While someone criticized the actress, she wrote that she could not equal Mohan Bhagwat.

What is Indian actor Shatrughan Sinha doing in Lahore?