Oscar-nominated Pakistani-American comedian Kumail Nanjiani has revealed that he was once offered a role in a well-known and big-budget Hollywood film.
In which he had to misrepresent the Pakistani accent.

Kumail Nanjiani was born in Karachi, the capital of Sindh province, and received his early education there. After completing his education at the Karachi Grammar School, he moved to the United States at the age of 18.

He has a degree in computer science and philosophy and is one of America's leading comedians.

Kumail Nanjiani also won the American Comedy Star of the Year award in 2017, for his own biography, The Big Sick.

The story of 'The Big Sick' revolves around the life of Kumail Nanjiani of Pakistani background and his American wife.

Kumail Nanjiani has acted in about 30 films, series and dramas so far. He will also be seen in action in the upcoming superhero science fiction film (The Eternal). He has played the role of Muslims in several films.

He is also very popular in Hollywood because of his Pakistani and South Asian accent, but at the same time, he is against misrepresenting the characters of the South Asian region and especially the Pakistani characters.

And now he himself has revealed that in the past he was offered a role in a huge Hollywood film that misrepresents the Pakistani accent in a very ridiculous way.

Speaking to Showbiz website Variety, Kumail Nanjiani admitted that he had turned down the offer only because he had misrepresented the Pakistani accent.

He explained that although he has the ability to present the South Asian and especially the Pakistani dialect in a very good way and as an actor of Pakistani origin he wants to be given the roles of his region and country but They can't ridicule their country's accent just for the sake of acting.

Kumail Nanjiani said that he wants to be given roles with Pakistani accent but he will not play such roles in any case just to be presented in a ridiculous manner. 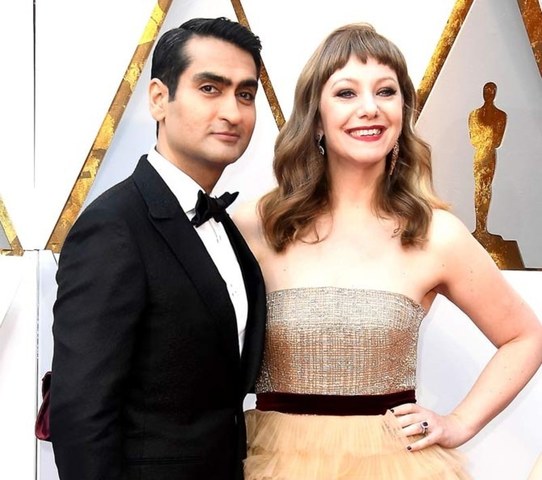 According to Variety, there have been reports in the past that Kumail Nanjiani had auditioned for a role in Deadpool while his wife has also confirmed this, but later he was not given a role in the said film.

It was also reported that Deadpool has the role of a taxi driver of South Asian descent.
So most likely, Kumail Nanjiani would have been offered a role in Deadpool in a Pakistani accent, which he turned down.

Rejecting an offer to misrepresent or ridicule a Pakistani-speaking character in a blockbuster film, Kumail Nanjiani added that he had no regrets and would not play such a role in the future.

Kumail Nanjiani and his wife have also worked together

Iran does not want war or tensions escalate: Javad Zarif