What Kind of Girl Does Imran Abbas Want for Marriage?

Actor Imran Abbas, who is considered one of the most attractive people in the world, including Pakistan, is in the news because of his acting.

However, he is now in the news for answering fans' questions on the social app Instagram. Recently, Imran Abbas answered the questions of the fans on Instagram, during which he also expressed his desire to see his wedding. Fans asked Imran Abbas about his education, including his marriage, the girl of his choice, and her beauty, and the actor revealed that he had completed his bachelor's degree.

A user expressed his desire to the actor and said that he wanted to see their wedding, on which the actor wrote 'Me Too', meaning he also wants to see his own wedding.

Similarly, a girl named Laiba while talking to him claimed that some time ago he had talked to the actor on the phone on social app Emo, and now it is not known whether the actor remembers his name or not. At the same time, the girl told the actor her name that she is Laiba. 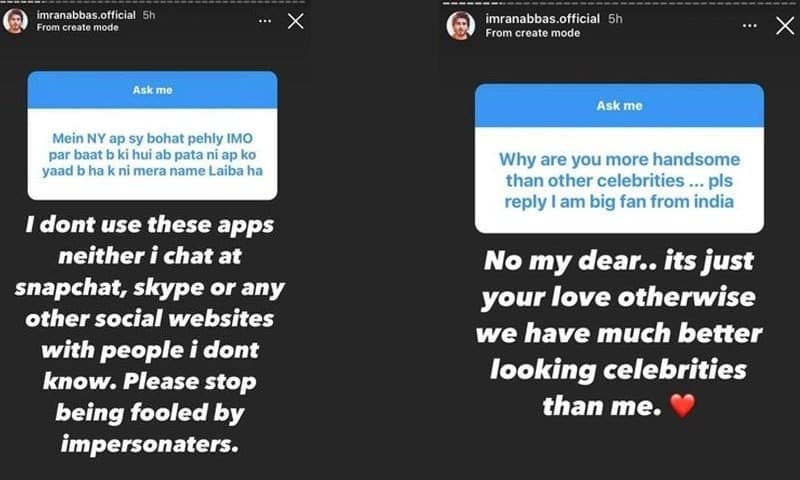 Imran Abbas replied in detail that he does not use the app, adding that he does not talk to people he does not know on Snapchat and Skype. In response to a question, the actor revealed that he has a bachelor's degree in architecture.

Indian fans praised the actor and wrote that why is he more beautiful than all the other actors? He thanked the fans for their praise, but also clarified that there are more beautiful actors than him. 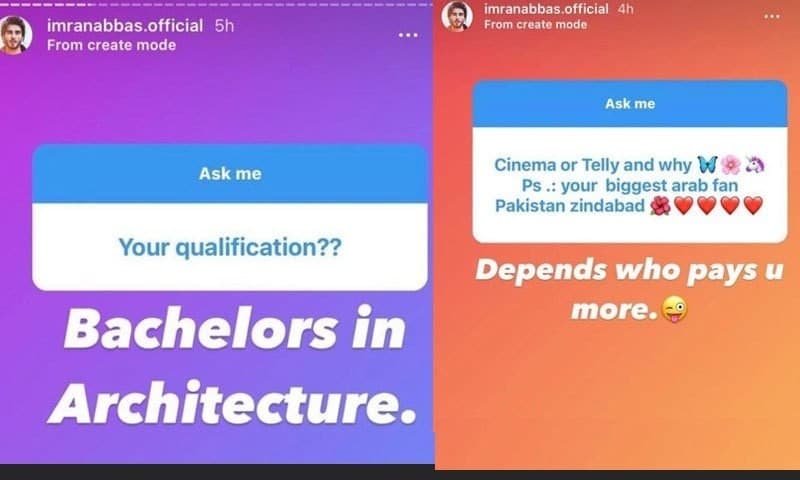 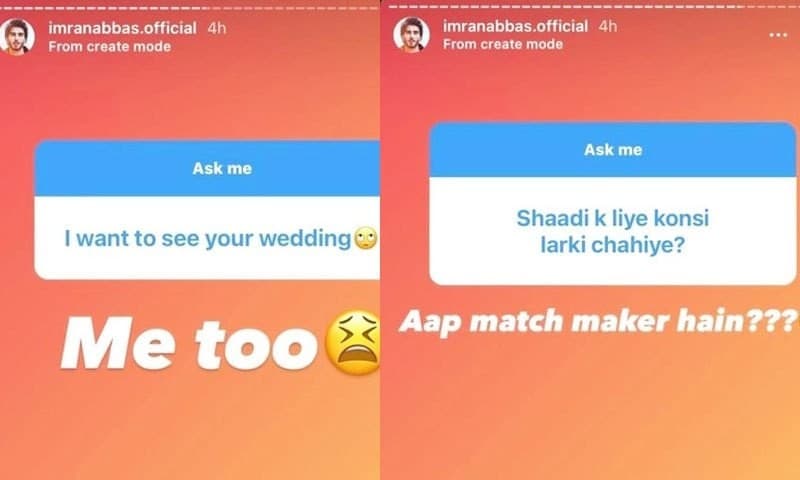 Similarly, a user asked him what kind of girl he wanted for marriage. To which Imran Abbas asked him if he works to unite men and women. One fan asked him if it was true that he was the most famous in Pakistan. To which the actor shared a picture of Prime Minister Imran Khan and replied that he is not but another Imran, who is more famous than him.

in the history of Oscars 2020, foreign language film declared the best